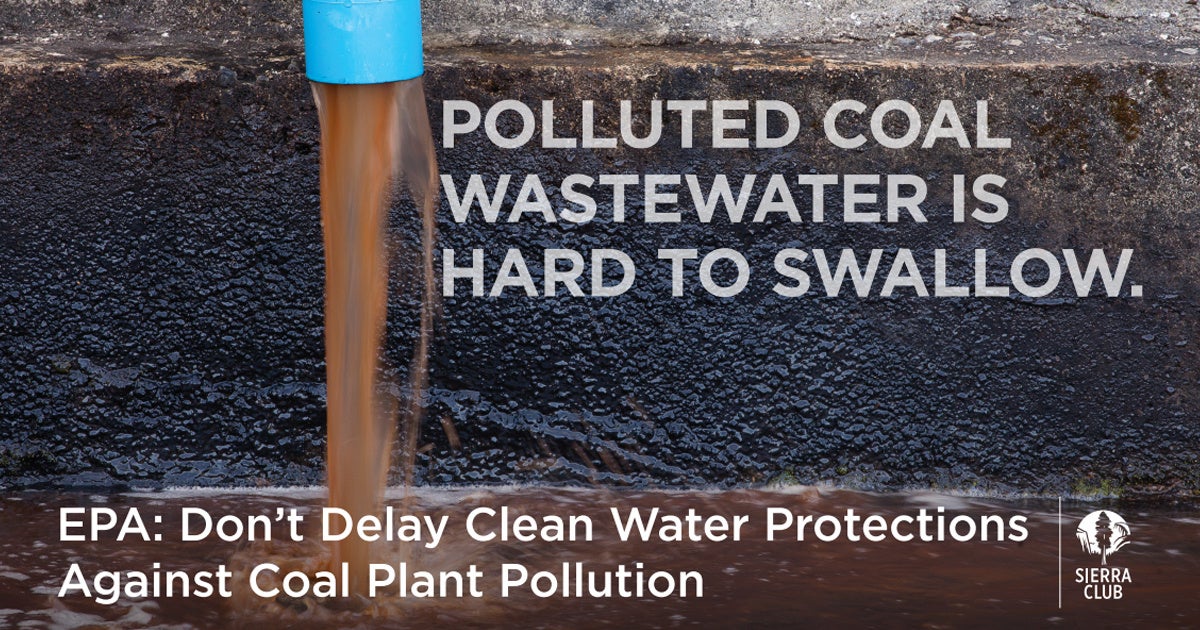 The EPA hearing was held to discuss Pruitt’s decision to delay compliance deadlines for strengthened protections against coal plant wastewater dumping. Prior to their testimony at the hearing, local community leaders, concerned citizens and environmental group leaders held a press conference at the National Press Club to share their personal stories on how coal plants pollute their local water supplies. After the press conference, they traveled to EPA headquarters to testify at the hearing, where a mobile billboard reading “polluted wastewater is hard to swallow” circled.

In his testimony, Waterkeeper Alliance President Robert F. Kennedy Jr. countered the utilities’ claims that making these investments would cause harm, comparing the harm to industry profits to the lasting developmental harm that mercury has on children. He also questioned the basis for the EPA hearing.

“This hearing is illegal,” Kennedy said. “I know the Clean Water Act and Administrative Procedure Act backwards and forwards. Nothing in there gives you authority to suspend a rule. There has already been a rulemaking that gave us the limits that EPA is now trying to destroy.”

Before being strengthened in 2015, EPA hadn’t updated clean water protections for coal plant dumping in more than 30 years. The previous, decades-old standards allowed coal plants to release billions of pounds of contaminated wastewater directly into our rivers, lakes, and bays every year. This wastewater contains dangerous and toxic heavy metals like mercury, arsenic and lead, which can cause long-term health problems, especially in children and pregnant women. They can cause cancer, impair mental development and learning ability, and even threaten a child’s life. Due to this lack of oversight, nearly 40 percent of all coal plants dump their toxic pollution within five miles of a downstream community’s drinking water intake. The 2015 ELGs were an important and long-overdue step toward cleaner water for all Americans, which Pruitt now threatens to reverse.

“Today, the millions of people that Donald Trump and Scott Pruitt are putting at risk in their mad dash to appease polluters are actually being represented in Washington,” Mary Anne Hitt, director of Sierra Club’s Beyond Coal campaign, said.

“For those who traveled all the way to our nation’s capitol to testify before the EPA, and the many more who submitted comments, today’s fight is about getting the peace of mind that our water is safe to drink,” Hitt continued. “It’s about giving our children glasses of water and knowing it won’t make them sick. And most importantly, it’s about making sure that our government will put our health, and the health of every other American before the profits of billionaire coal executives that want four country homes instead of the two. We are standing together demanding that Trump and Pruitt follow the law and protect our communities from industrial sludge being dumped into our waterways.”

Waterkeeper Alliance staff attorney Pete Harrison added, “The Trump administration is resorting to increasingly absurd and illegal tactics to elevate the most powerful polluters above the law. It’s encouraging to see so many people come to Washington to demand protections for their water, even in the face of this administration’s wanton disregard for the safety of the American people.”

Watch the video from the press conference here: