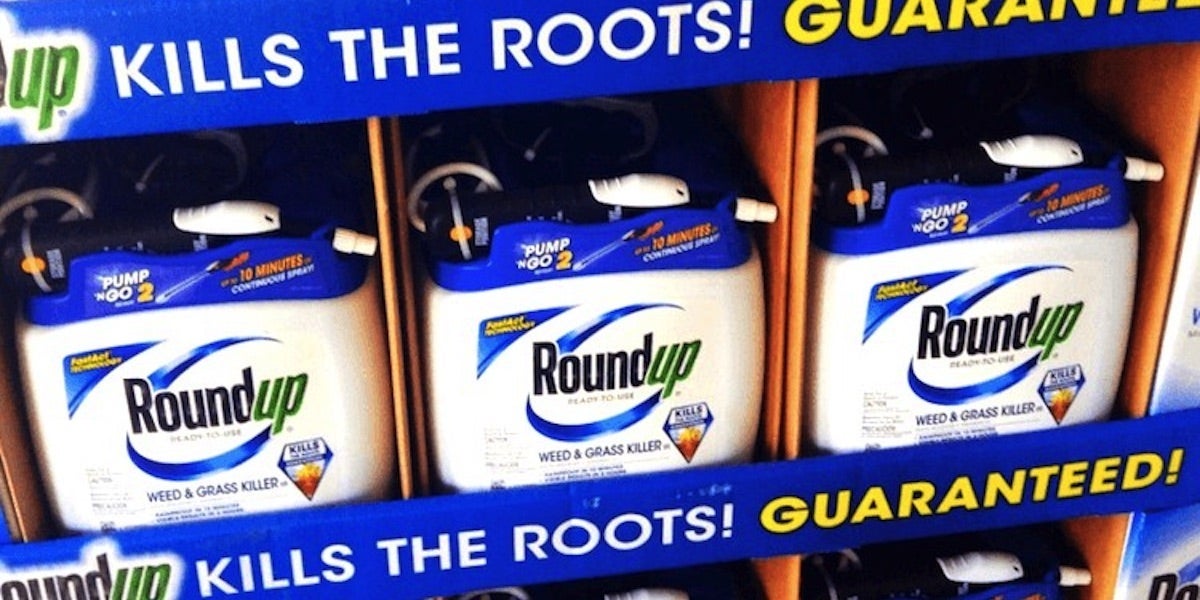 Monsanto, the maker of the glyphosate-based herbicide Roundup, filed a motion June 16 in U.S. District Court, Northern District of California to reconsider the chemical’s addition to California’s Proposition 65 list of agents known to cause cancer.

The agrochemical giant made this move based on a June 14 Reuters investigation of Dr. Aaron Blair, a lead researcher on the World Health Organization’s International Agency for Research on Cancer (IARC) committee, that classified glyphosate as a “2A probable human carcinogen” in March 2015.

On June 22, Monsanto’s petition for review and application for stay were denied by the court.

Earlier this year, California became the first state to consider requiring Monsanto to label glyphosate as a chemical “known to the state to cause cancer” in accordance with the Safe Drinking Water and Toxic Enforcement Act of 1986, better known as Prop 65. The designation was compelled by the IARC’s glyphosate classification.

Glyphosate is at the center of hundreds of cancer lawsuits in which plaintiffs across the U.S. claim that they or their loved ones developed non-Hodgkin’s lymphoma due to exposure to Monsanto’s Roundup, pointing in part to the IARC cancer classification.

But the St. Louis-based agrochemical maker has vehemently defended the safety of its star product and has previously attempted to block the herbicide from California’s cancer list.

The Reuters piece accused Dr. Blair, a top epidemiologist from the U.S. National Cancer Institute, for failing to share “important” scientific data from the Agricultural Health Study (AHS) he conducted with other scientists to assess the herbicide glyphosate for the IARC. IARC scientists, including Dr. Blair, reviewed a wide body of published, peer-reviewed scientific research on glyphosate and determined in March of 2015 that glyphosate should be classified as a probable human carcinogen. The Reuters’ article assumed that IARC scientists were unaware of the additional AHS data and that if the IARC had known of this missing data, its conclusion could have been different. However, Dr. Blair, who worked on the AHS study and the IARC analysis testified [starting on page 70] that he supported IARC’s carcinogenicity finding notwithstanding the AHS results, repeatedly asserting that the AHS study was unfinished and unpublished, and IARC required that findings only rely upon studies that were complete, therefore the incomplete AHS data could not have been relied upon by IARC scientists.

Monsanto and its industry allies accused Blair of deliberately concealing data. Blair called the accusations “absolutely incorrect.” Reuters reported that IARC is “sticking with its findings.” As stated above, the organization only considers published, peer-reviewed research.

Some scientists have since voiced concerns with the AHS cited in the story. Michael Hansen, senior scientist at Consumers Union, said the Reuters report “omits the fact that the data from the other epidemiology studies (all case control studies), and the meta-analyses, clearly show a statistically significant increase in non-Hodgkin’s lymphoma with glyphosate exposure.”

Other concerns of the study include the failure to use an appropriate latency period for cancers, the control group having an elevated risk of non-Hodgkin’s lymphoma and exposure misclassification.

Some consumer advocates have also suggested “flaws” within the Reuters story itself. Carey Gillam, a veteran journalist who spent 17 years at Reuters before joining the nonprofit consumer group U.S. Right to Know in 2016, claimed “Monsanto clearly planted that false and misleading story with Reuters and now is exploiting the carefully spun story to try to gain political advantage.”

“A careful reading of the documents that the story is based on indicates that Reuters cherry-picked points that furthered Monsanto’s agenda while ignoring points that ran counter to Monsanto’s position,” Gillam continued. “It certainly is also noteworthy that while Reuters described the documents as ‘court documents,’ implying their reporter got them through the court system rather than from Monsanto and friends, they were not in fact filed in court and so had to be hand-fed to Reuters. It’s unfortunate that Reuters has allowed itself to be used to promote Monsanto’s propaganda, but hopefully regulators can see through the ruse.”

Robert F. Kennedy, Jr. called Monsanto’s motion “a classic smoke and mirrors flimflam.” The environmental attorney is co-leading lawsuits on behalf of dozens of California residents and hundreds of people with non-Hodgkin lymphoma throughout the U.S. who allege Roundup causes cancer.

“Its basis is the company’s deceptive spin on a study so badly flawed that it could not pass peer review and was never published,” Kennedy added. “Like all of its other products and campaigns, Monsanto’s motion is equal parts poison, deception and chutzpah.”