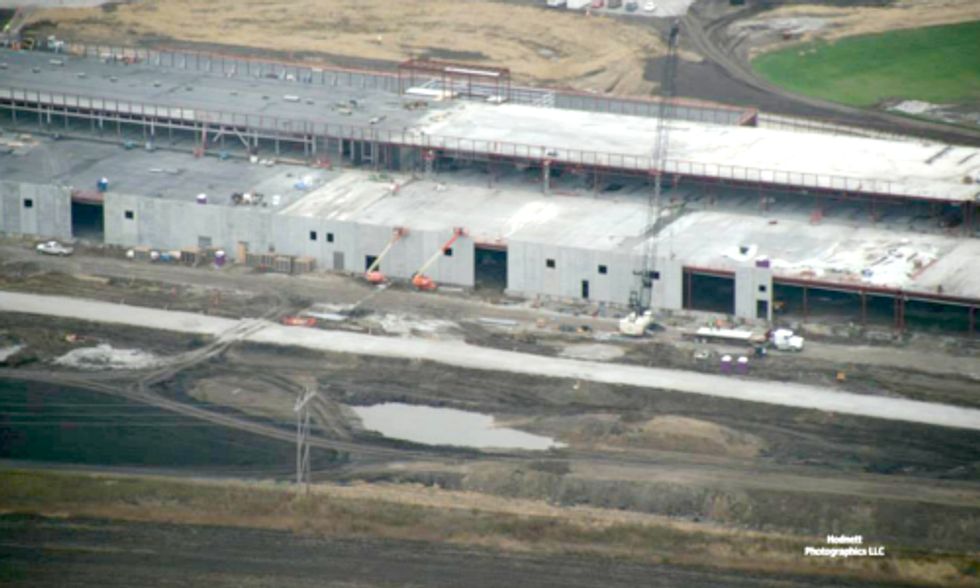 The world's largest social network has joined the likes of Google and Apple as the latest tech company to use renewable energy to power a data center.

Facebook announced today that its Altoona, IA data center will be fully powered by wind by early 2015 when construction is complete and the center is operational. The power will come from a 138 megawatt wind farm in Wellsburg, IA to be built by MidAmerican Energy in 2014.

The company, which has more than 1 billion users, said the wind farm will offer more than enough capacity to power the Iowa data center, which will be Facebook's fourth.

"Since our Altoona data center will be based on the latest Open Compute Project designs, we expect that it will join our data centers in Oregon, North Carolina, and Sweden as some of the most advanced, efficient and sustainable data centers in the world," the company wrote in its announcement.

The company transferred the energy rights from RPM Access to MidAmerican earlier this year. Though RPM is closer to Altoona, MidAmerican was already the local utility for the area.

A rendering of the anticipated view of the wind farm that will power Facebook's Iowa data center when construction is complete. Photo credit: Facebook

"The project brings additional investment and jobs to the region, and in effect it makes it possible, on an annualized basis, for 100 percent of our energy needs to be met entirely with one of Iowa’s most abundant renewable resources. We are committed to reaching 25 percent clean and renewable energy in our global data center mix in 2015, and we will continue to work with utilities and other partners on supply options for our other data centers."