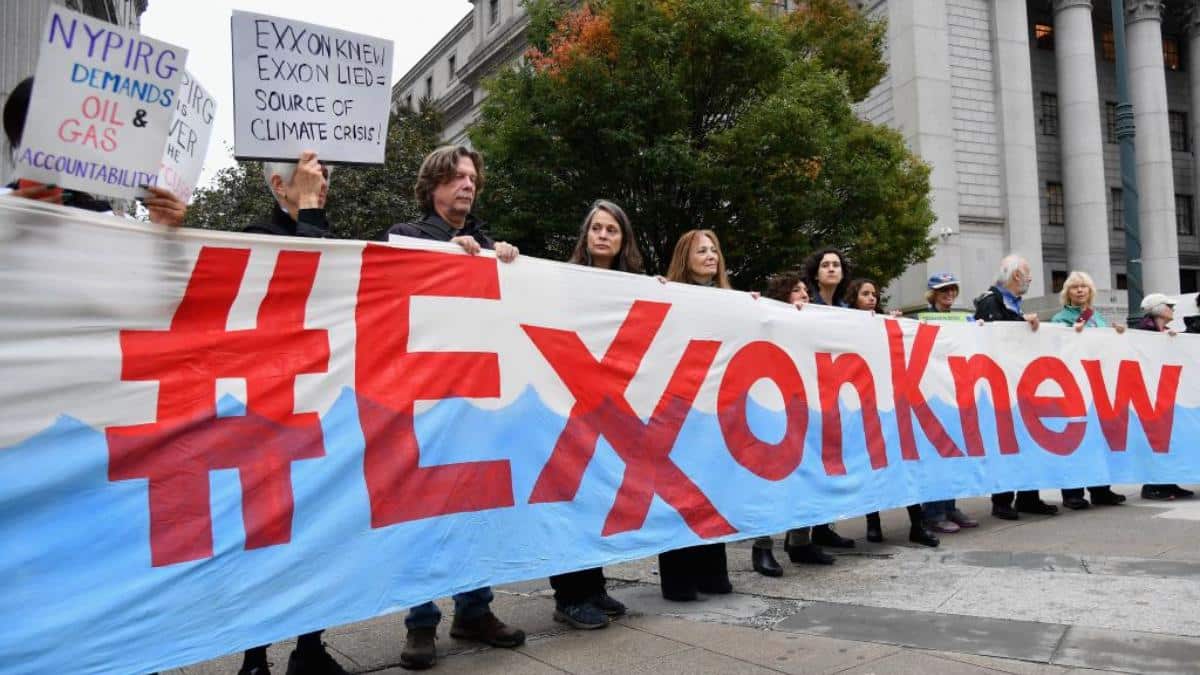 In a historic rebuke of fossil fuel giant ExxonMobil, shareholders on Wednesday voted to elect at least two people to the company’s board of directors who were backed by activist investors eager to accelerate the transition to clean energy.

During Exxon’s annual shareholder meeting, an activist hedge fund called Engine No. 1 — which “owns only about 0.02%” of the oil company’s stock, according to climate reporter Emily Atkin — ran four of its own director candidates in opposition to the fossil fuel corporation’s hand-picked board members. At least two of Engine No. 1’s candidates won, with the races for additional boardroom seats too close to call as of this writing.

“The outcome is a sign that Exxon’s morally inept and fiscally questionable long-term climate strategy is finally catching up with it,” wrote Atkin.

Journalist Brian Kahn tweeted: “Hard to overstate how much Big Oil is getting its ass kicked today by courts and shareholders alike,” before proceeding to highlight three major victories claimed by climate activists on Wednesday.

In addition to the shareholder revolt at Exxon, 61% Chevron’s shareholders voted Wednesday in favor of slashing carbon emissions, and Royal Dutch Shell earlier in the day was ordered by a court in the Netherlands to reduce its carbon emissions 45% by 2030, compared with 2019 levels, as Common Dreams reported.

https://twitter.com/blkahn/statuses/1397602973526679552 still likely voted to retain Exxon CEO Darren Woods — who has been central to pushing the oil giant’s current strategy — as director of the board.”

“Make no mistake: the shareholder vote to shake-up Exxon’s board represents a seismic shift for the company,” said Ben Cushing, financial advocacy campaign manager at Sierra Club. “It’s a culmination of years of activist energy and a result of massive shareholder frustration with the company’s failure to change course on climate.”

“However,” Cushing added, “change must come from the top as well. And with Darren Woods still in charge of Exxon, we question if the new board members will be able to change course quickly or drastically enough. Exxon needs to stop greenwashing, align with the goals of the Paris Agreement, and phase-out oil and gas production, starting now.”

Roberta Giordano, finance program campaigner at The Sunrise Project, said that “what Engine No. 1 could accomplish with such a small ownership stake at Exxon is remarkable.”

“Imagine what BlackRock, Vanguard, and other major asset managers could do if they really wanted to effect change at the major polluters of the world,” Giordano continued.

“New board members are a start,” she added, “but Exxon needs new leadership at the very top.”