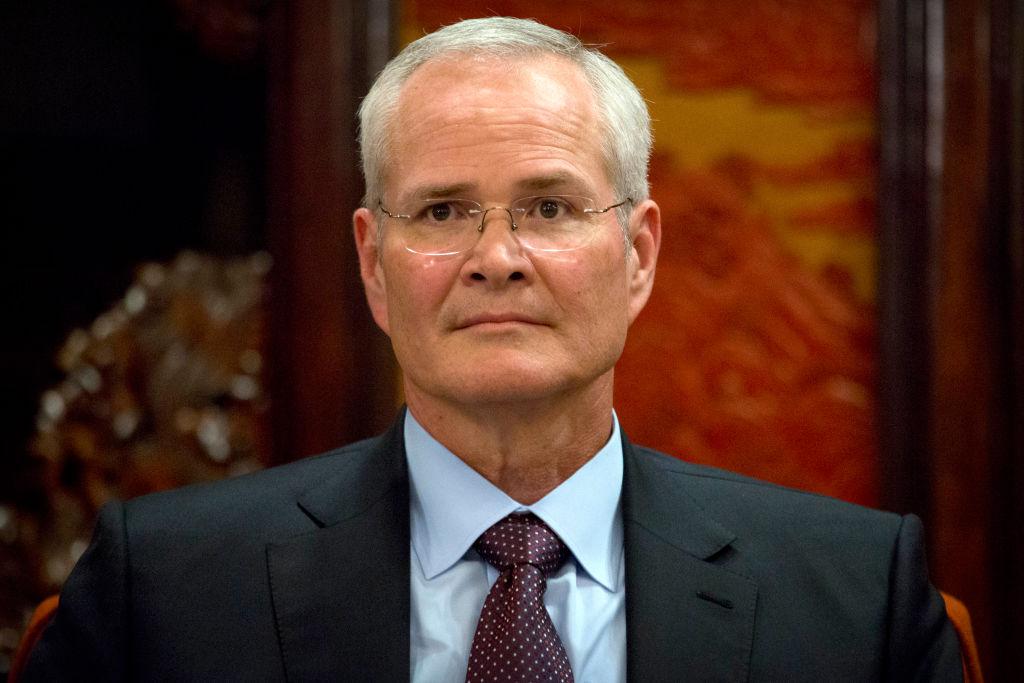 This story originally appeared in the Guardian and is part of “”Climate Crimes,”” a special series by the Guardian and Covering Climate Now focused on investigating how the fossil fuel industry contributed to the climate crisis and lied to the American public.

The chief executive of ExxonMobil, Darren Woods, was accused of lying to Congress on Thursday after he denied that the company covered up its own research about oil’s contribution to the climate crisis.

For the first time, Woods and the heads of three other major petroleum companies were questioned under oath at a congressional hearing into the industry’s long campaign to discredit and deny the evidence that burning fossil fuels drove global heating. When pressed to make specific pledges or to stop lobbying against climate initiatives, all four executives declined.

The chair of the House oversight committee, Representative Carolyn Maloney, pressed Woods about statements by his predecessor, Exxon CEO Lee Raymond, who in the 1990s said the scientific evidence for climate change was “inconclusive” and that “the case for global warming is far from air tight”. In 2002, Exxon ran advertisements in the New York Times calling climate science “unsettled”.

Malone put it to Woods that Exxon’s own scientists had repeatedly warned the company about the threat from burning fossil fuels as far back as the 1970s.

“There is a clear conflict between what Exxon CEO told the public and what Exxon scientists were warning privately for years,” she said.

Woods denied that Raymond or Exxon misled anyone.

“I do not agree that there was an inconsistency,” he said.

Maloney said the response reminded her of “another hearing that we had with the tobacco industry”.

“They said they did not believe that nicotine was addictive. Well, it came out that they lied. Tobacco nicotine was very addictive. And now I’m hearing from you that the science that was reported publicly, where your executives were denying climate change, we know that your scientists internally were saying that it’s a reality,” she said.

“So I was hoping that you would not be like the tobacco industry was and lie about this.”

The heads of the American operations of the other oil companies – Shell, Chevron and BP – were also firm in resisting pressure to admit they misrepresented climate science or deceived the public.

They each said that they recognised global heating was a reality and a major challenge. But the executives did not accept that their companies had failed to take it seriously or that they were undermining attempts to cut greenhouse gases by funding trade groups pouring millions of dollars into lobbying Congress against tighter environmental laws.

“We accept the scientific consensus,” said Michael Wirth, the CEO of Chevron. “Climate change is real. Any suggestion that Chevron is engaged in disinformation and to mislead the public on these complex issues is simply wrong.”

But Maloney accused the oil companies of continuing the cover-up, including by hiding documents. She said she would take the unusual step of issuing subpoenas to force the firms to reveal what they knew.

“We need to get to the bottom of the oil industry’s disinformation campaign and with these subpoenas we will,” she said.

The oil and gas industry, which spent about $100m on political lobbying last year, was strongly backed by a number of Republicans on the committee who sought to distract by denouncing Joe Biden’s energy policies.

Republicans called their own witness, Neal Crabtree, who said he lost his job as a welder within three hours of Biden being sworn in as president because the Keystone pipeline was cancelled. Crabtree was used to portray Biden as colluding with China and Russia against America’s oil industry.

The highest-ranking Republican on the committee, Representative James Comer, questioned the legitimacy of the investigation. He said the committee would be better off spending its time investigating the White House’s handling of inflation, illegal immigration and the US military withdrawal from Afghanistan.

In a hearing meant to focus on climate misinformation, several Republican members openly questioned the urgency of the climate crisis. Representative Clay Higgins called the hearing “a threat from within” because the American way of life was built on oil.

Another Republican member said Maloney owed the oil executives an apology for intruding on their right to free speech by pressing them to make a commitment that their firms will “no longer spend any money, either directly or indirectly, to oppose efforts to reduce emissions and address climate change”.

None of the executives would make a direct commitment.

Maloney showed the hearing a video secretly recorded by Greenpeace earlier this year of an Exxon lobbyist describing the oil giant’s backing for a carbon tax as a public relations ploy intended to stall more serious measures to combat the climate crisis.

“How did Exxon respond?” asked Maloney. “Did they come clean about this shocking conduct? No. Mr Woods called Mr McCoy’s comments inaccurate and then they fired him. And they are obviously lying like the tobacco executives were.”

While the oil executives largely maintained a united front, Representative Ro Khanna, a leading critic of the petroleum industry on the committee, drew out testimony that showed the European companies, Shell and BP, were working to cut production while the US firms, Exxon and Chevron, intended to increase drilling in the coming years.

Wirth said that his company would raise oil production while cutting carbon admissions.

The hearing also questioned the leaders of two powerful lobby groups accused of acting as front organisations for big oil, the American Petroleum Institute and the US Chamber of Commerce.

Khanna noted that API was heavily funded by oil company money as it resisted the expansion of infrastructure for electric vehicles and opposed a methane fee backed by Biden, including flooding Facebook with advertisements in recent months.

Khanna challenged each of the oil executives in turn to resign from API over its position on electric vehicles or to tell it to stop its opposition to a methane fee. All of them declined to do so.

Chris McGreal writes for Guardian US and is a former Guardian correspondent in Washington, Johannesburg and Jerusalem. He is the author of American Overdose, The Opioid Tragedy in Three Acts.