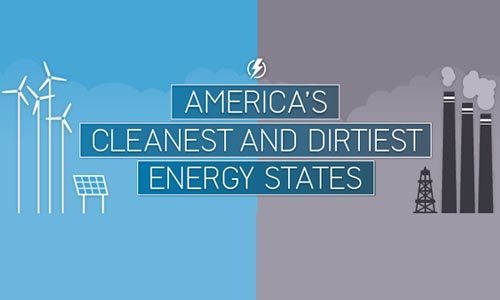 Modernize, a site that helps people make energy efficiency upgrades to their home, such as adding solar panels, has put together an extensive report on the state of renewable energy in America. Using data from the U.S. Energy Information Administration (EIA) from 1960 to 2013, America’s Cleanest and Dirtiest Energy States analyzes everything from total energy production from renewable sources to carbon dioxide emissions over time.

So, here is Modernize’s breakdown for total renewable energy production by state: 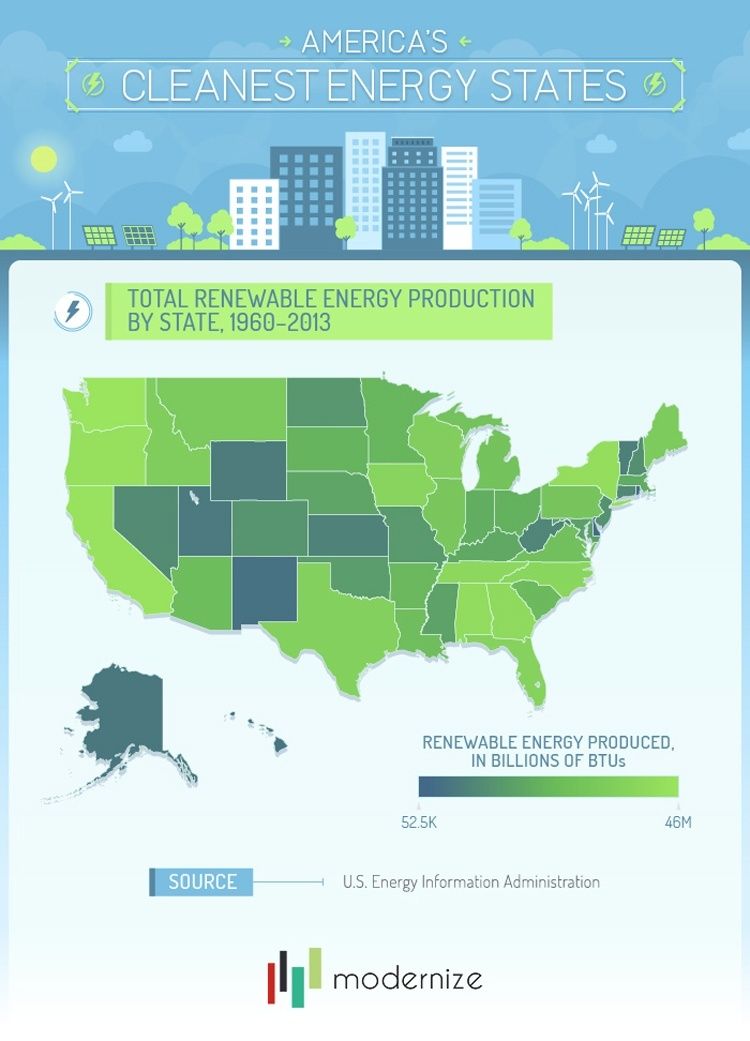 The EIA list of renewable energy sources runs the gamut from wind and solar, but also more controversial energy sources such as hydropower and biofuels, such as ethanol. Washington, which relies heavily on hydropower, tops the list. 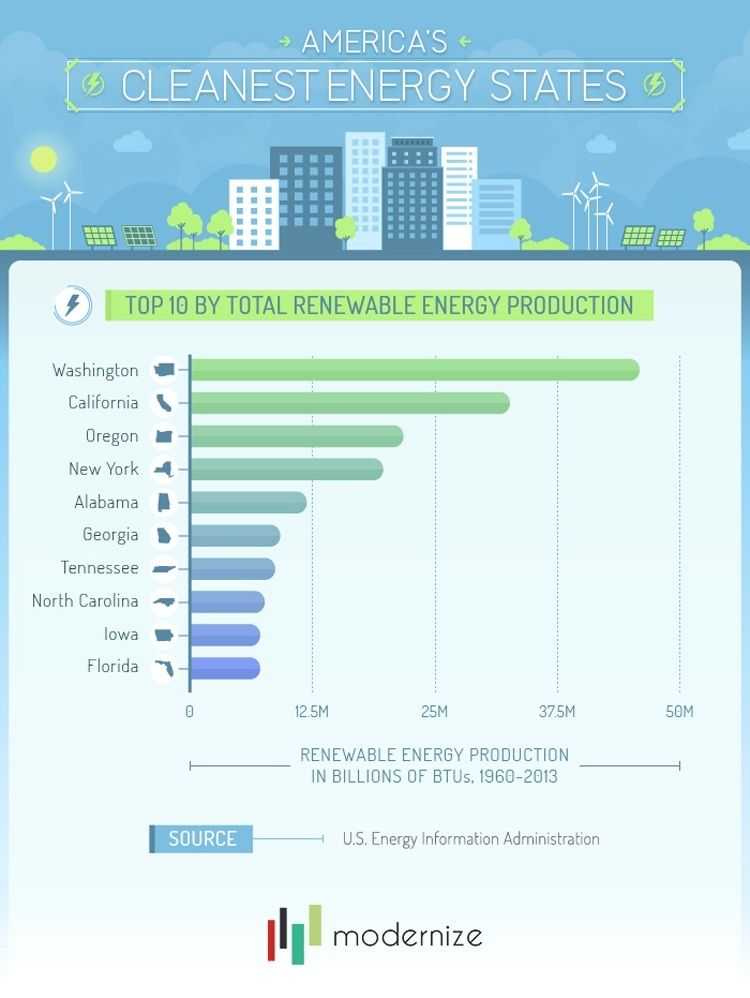 This map provides a state-by-state breakdown of renewable energy use: