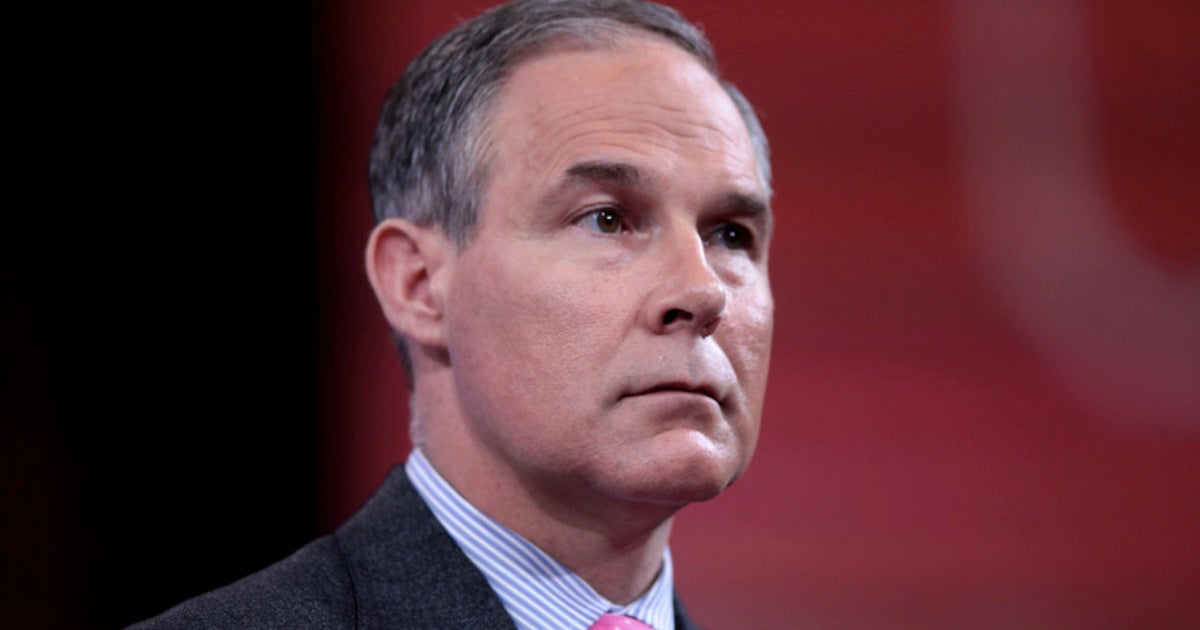 Ever since
Scott Pruitt took the helm of the U.S. Environmental Protection Agency (EPA), he has worked to undo decades of hard-fought climate protections, denied that carbon dioxide is a “primary contributor” to climate change, and even removed mentions of the term “climate change” from agency websites.

Now, the agency has canceled the speaking appearances of three of its scientists to discuss the topic at a conference in Rhode Island on Monday, highlighting “widespread concern that the EPA will silence scientists from speaking publicly on climate change,” the
New York Times reported Sunday.

EPA research ecologist Autumn Oczkowski, EPA postdoctoral fellow Rose Martin and EPA consultant Emily Shumchenia were scheduled to speak at the
State of the Narragansett Bay and Watershed—a conference timed with the release of a 400-page report on the state of the watershed and estuary.

Oczkowski was due to give the keynote speech. Martin and Shumchenia were due to speak on a panel about the biological implications of climate change. The scientists also contributed substantial material to the report, which features findings on how climate change affects the area’s air and water temperatures, precipitation, sea level and fish.

Tom Borden, program director for the Narragansett Bay Estuary Program, confirmed that the EPA canceled the appearances and said that no other agency staff or affiliates will speak at the event.

“I was not really provided with a clear explanation,” Borden said.

The Narragansett Bay Estuary Program is one of 28 state-based estuary programs funded by the EPA. The agency provides about $600,000 annually to the Narragansett Bay program. Pruitt, however, plans to eliminate the national program in his 2018 proposed budget.

“It’s definitely a blatant example of the scientific censorship we all suspected was going to start being enforced at EPA,” said John King, who also works on the program. “They don’t believe in climate change, so I think what they’re trying to do is stifle discussions of the impacts of climate change.”

But EPA spokesperson John Konkus wrote in an email to
Washington Post that “EPA scientists are attending, they simply are not presenting, it is not an EPA conference.”

The Post also
reported that “at least one senior regional EPA official” will attend the event.