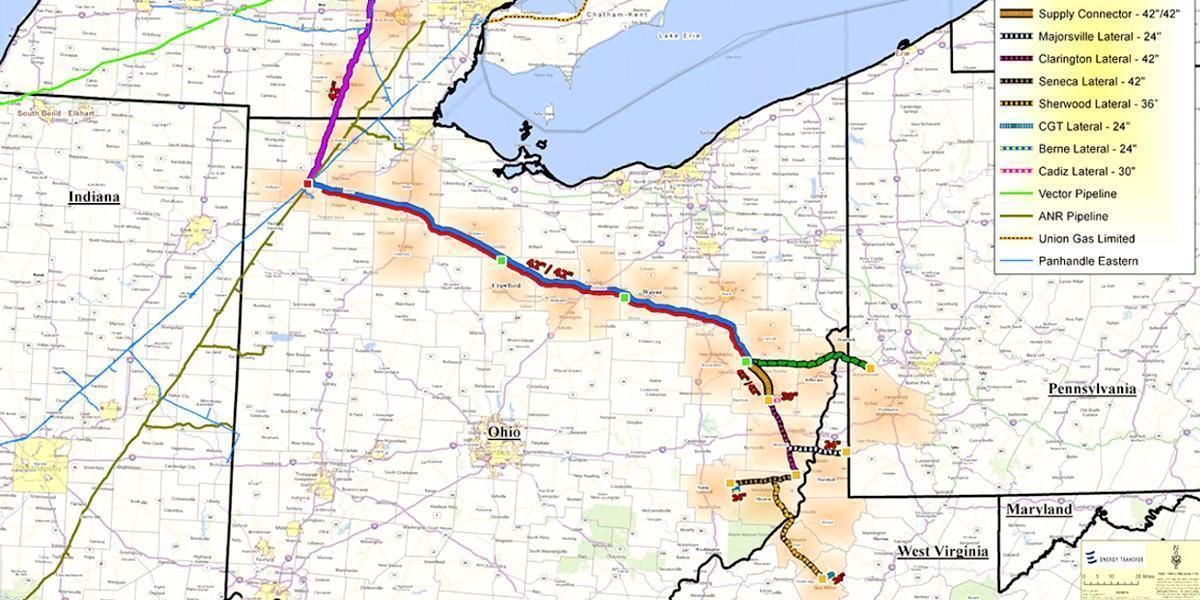 According to regulatory filings obtained by Sierra Club Ohio, on April 13, 2 million gallons of drilling fluids spilled into a wetland adjacent to the Tuscarawas River in Stark County. The next day, another 50,000 gallons of drilling fluids released into a wetland in Richland County in the Mifflin Township. The spills occurred as part of an operation associated with the pipeline’s installation.

The U.S. Federal Energy Regulatory Commission approved the Rover Pipeline’s construction in February. The 713-mile pipeline will carry fracked gas across Pennsylvania, West Virginia, Ohio and Michigan and Canada, and crosses three major rivers, the Maumee, Sandusky and Portage, all of which feed into Lake Erie. The pipeline is designed to transport 3.25 billion cubic feet of domestically produced natural gas per day.

Completion of the Rover Pipeline is planned for November 2017. Energy Transfer spokeswoman Alexis Daniel told Bloomberg that the spills will not change the project’s in-service date.

“Once the incidents were noted, we immediately began containment and mitigation and will continue until the issues are completely resolved,” she said.

Environmental groups are fighting to stop the pipeline’s construction.

“Construction just began just a few weeks ago, yet Energy Transfer has already spilled more than 2 million gallons of drilling fluids in two separate disasters, confirming our worst fears about this dangerous pipeline before it has even gone into operation,” said Jen Miller, director of the Ohio chapter of the Sierra Club.

“We’ve always said that it’s never a question of whether a pipeline accident will occur, but rather a question of when. These disasters prove that the fossil fuel industry is unable to even put a pipeline into use before it spills dangerous chemicals into our precious waterways and recreation areas.

“Construction on the Rover Pipeline must be stopped immediately, as an investigation into Energy Transfer’s total failure to adequately protect our wetlands and communities is conducted.”