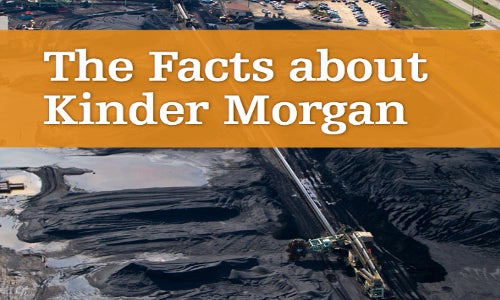 It figures that a former Enron executive is CEO of an energy giant that threatens the environment in a virtual encyclopedia of ways, while engaging in questionable business practices. 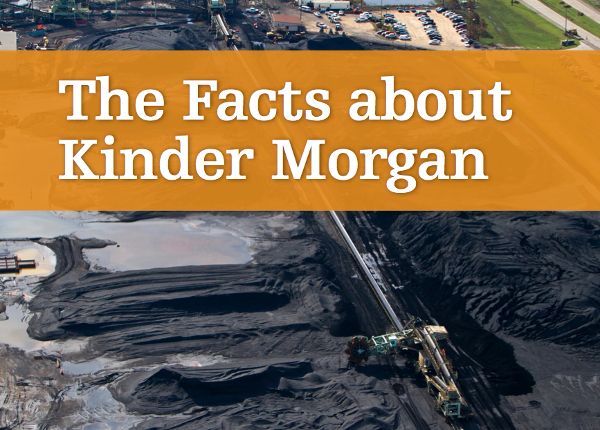 Billionaire Rich Kinder heads Kinder Morgan, which calls itself “the largest energy infrastructure company in America.” It builds pipelines and terminals to ship natural gas, oil and coal. It wants to triple the capacity of its Trans Mountain pipeline which carries Alberta tar sands oil to terminals in Vancouver and Washington State. And it’s now proposing to vastly expand its coal export operations, shipping coal overseas as U.S. demand declines but leaving U.S. communities to deal with the results of its operations. That’s prompted Seattle-based think tank the Sightline Institute to reissue and update its report The Facts About Kinder Morgan.

“Energy giant Kinder Morgan has big ambitions,” says the report. “Best known for its empire of oil and natural gas pipelines, the firm aspires to enlarge its role in coal transport too. Expanding its export terminals in Louisiana and Texas would increase Kinder Morgan’s coal export capacity in the Gulf Coast region from roughly 5 million tons annually in recent years to nearly 29 million tons. These coal terminal expansions could boost Kinder Morgan’s profits, but they also raise questions about what the projects might cost neighboring communities.”

The report goes on to explore what Kinder Morgan’s coal transport activities have already cost communities. It’s a long list of environmental and health-related horrors that includes open piles of petcoke, dumps of toxic coal materials into rivers, wetlands and the ocean, and residential neighborhoods repeatedly covered in coal dust. As the report says, “The company’s track record is one of pollution, law-breaking and cover-ups.”

“For years and in many locations, Kinder Morgan has engaged in behavior that experts and regulators have called fraudulent, deceptive and irresponsible,” said the institute’s policy director Eric de Place in a telephone press conference, reported in the Vancouver Observer. “Kinder Morgan’s plans have run into trouble, both in the Gulf Coast region, Louisiana and Texas, as well as in British Columbia and many other places around North America.” 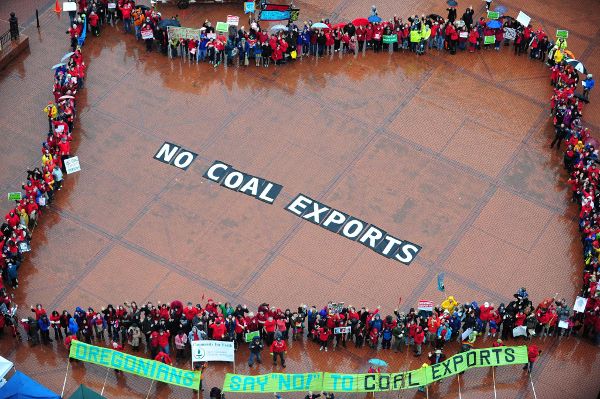 But the company’s problems don’t end with its apparent attempt to coat the world with coal dust. It’s been cited for its dubious business practices, which include bribing a ship captain to dump contaminated materials into the Pacific Ocean rather than pay landfill charges, defrauding customers by stealing coal from their stockpiles, lying to air pollution regulators, violating workplace safety regulations, committing 30,000 violations of the federal Renewal Fuels Standard for which it was fined, and according to financial and business analysts, engaging in the sort of complex and eyebrow-raising accounting practices that brought down Enron in 2001.

Among other things, those analysts were concerned about Kinder Morgan’s failure to invest in maintenance. One hedge fund, Hedgeye, said “Kinder Morgan’s high-level business strategy is to starve its pipelines and related infrastructure of routine maintenance spending.” Financial magazine Barron’s said, “We struggle to understand how KMP can safely operate the largest portfolio of transmission and storage assets in the industry for just a fraction of its peers’ expenditures.”

The results of that failure to maintain its infrastructure have shown up in its multiple pipeline explosions and spills that have resulted in worker deaths, felony convictions, multimillion-dollar fines and widespread environmental damage. They’ve occurred in California, New Jersey, Ohio and, most infamously, in British Columbia.

Sightline cited the fight over the Trans Mountain pipeline as another trigger for the updated report. Kinder Morgan’s drilling on Burnaby Mountain in preparation for pipeline construction resulted in the arrests of more than 100 people last month in the ongoing protests against the project. In 2007, a pipeline ruptured in Burnaby, showering the suburban Vancouver neighborhood with oil and forcing the evacuation of 50 families. 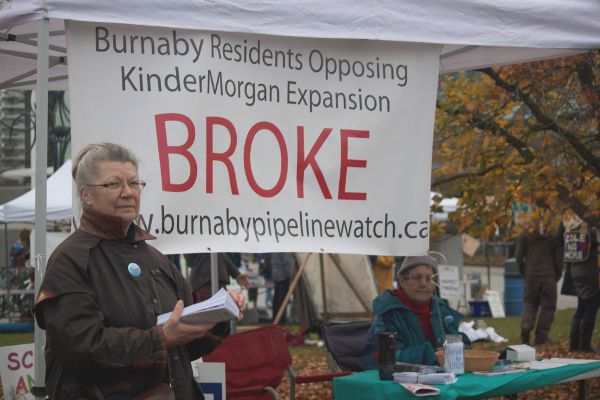 Laughably, says the Sightline report, “Kinder Morgan’s 15,000-page permit application caused a minor public relations headache for the firm when it came to light to that the report says pipeline spills can have a positive effect on regional economies because ‘spill response and cleanup creates business and employment opportunities.’”

Two weeks ago, it was reported that Kinder Morgan packed up its equipment and left Burnaby Mountain, and charges against the protesters were dropped. The head of Kinder Morgan Canada described it as a “challenging time.”

“It’s become the Keystone XL fight of Canada,” said Sightline’s de Place. “I often despair that the 49th parallel ends up being quite a barrier [to news coverage from Canada].”