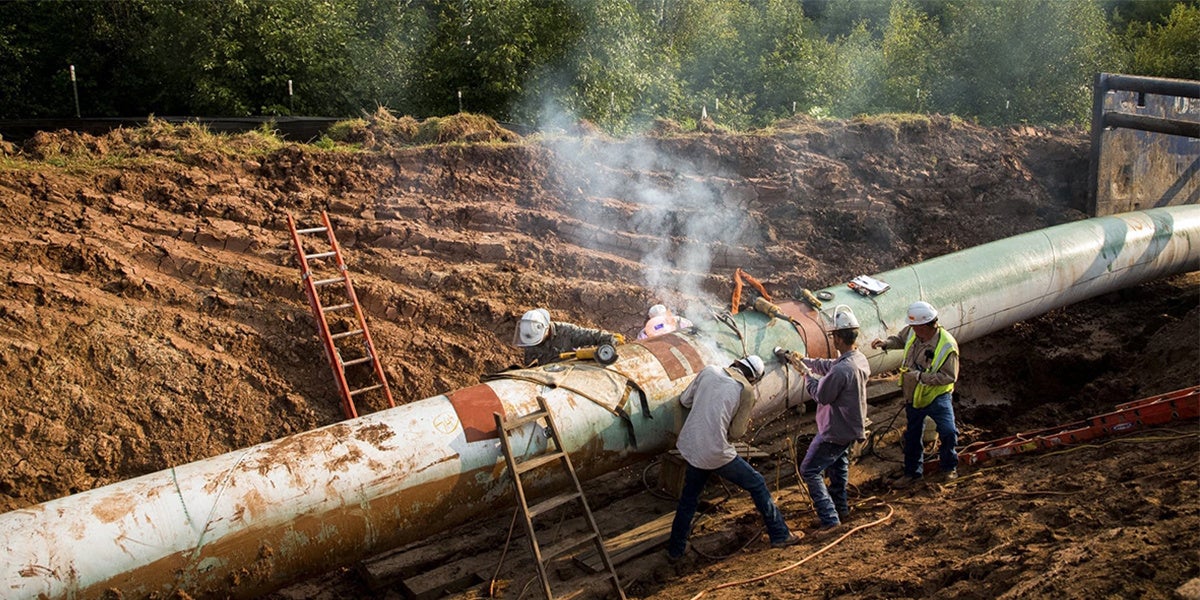 Opponents are concerned about the need for new fossil fuel infrastructure and the danger of an oil spill near vulnerable ecosystems in Minnesota, including areas where Native Americans harvest wild rice, which is sacred to the Ojibwe.

“You have just declared war on the Ojibwe!” Tania Aubid of the Mille Lacs Band of Ojibwe stood and said when the PUC’s decision became apparent.

“What they have done to us today is egregious,” Honor the Earth executive director Winona LaDuke told Reuters. “They have gotten their Standing Rock. We will do everything that is needed to stop this pipeline.”

Enbridge Energy argued they needed to replace the existing Line 3, which was built in the 1960s and is subject to corrosion and cracking. They currently operate it at half-capacity due to safety reasons. The company said they would continue running the existing unsafe pipeline if a replacement was not approved, The Associated Press reported.

Opponents, including the Minnesota Department of Commerce, said the Midwest didn’t need the additional oil from a pipeline replacement since demand will likely fall with the rise of electric vehicles and renewable energy.

The commissioners seemed to have a hard time making the decision―chairwoman Nancy Langue wiped away tears as she explained her reasoning―and emphasized concerns about the safety of the existing, older pipeline

“It’s irrefutable that that pipeline is an accident waiting to happen,” Commissioner Dan Lipschultz said before the vote. “It feels like a gun to our head … All I can say is the gun is real and it’s loaded.”

The PUC also voted three to two to approve a modified version of Enbridge’s approved route, which will avoid two Native American reservations crossed by the existing pipeline but will cross land belonging to the Fond du Lac Band of Chippewa, though the PUC said the new route would depend on the Fond du Lac Band’s agreement.

Tribal groups said Enbridge’s plan was the worst possible route and preferred a longer one that went further south, according to Reuters.

Opponents will have 20 days from when the approval order is written to ask the PUC to reconsider its decision, something White Earth Nation lawyer Joe Plummer told Reuters is very likely. If the decision stands, opponents can then appeal to the Minnesota appeals court.