Earth Day: Can We Save the Planet From Climate Change? 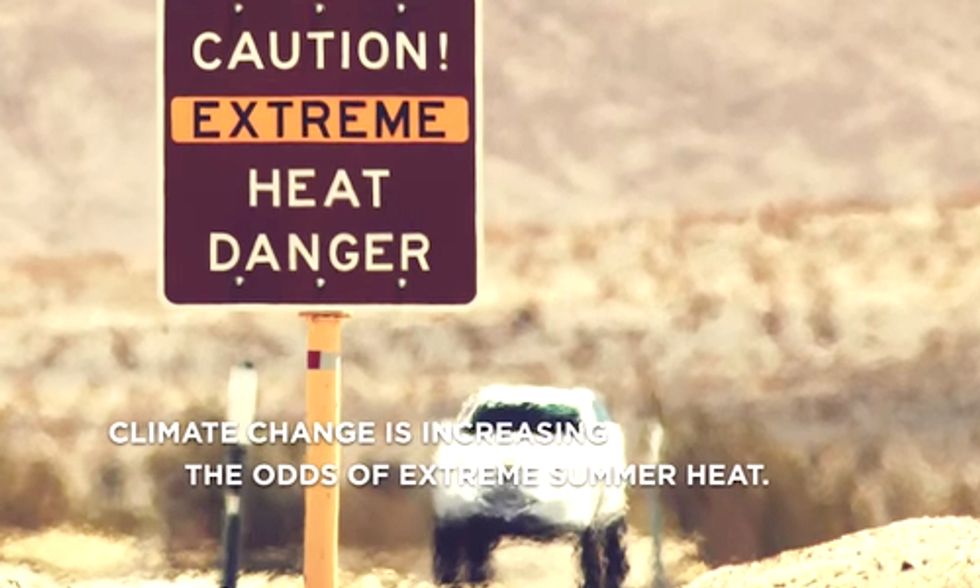 With the arrival of Earth Day and our celebration of Madre Tierra (Mother Earth), most of us can't help but be concerned about her health and the impacts that climate change is having on her and our own lives.

The Earth is being ravaged by climate change and the evidence is overwhelming. The American Association for the Advancement of Science recently said: “Levels of greenhouse gases in the atmosphere are rising. Temperatures are going up. Springs are arriving earlier. Ice sheets are melting. Sea level is rising. The patterns of rainfall and drought are changing. Heat waves are getting worse, as is extreme precipitation. The oceans are acidifying.”

In 2012, air pollution killed about 7 million people, and last year the Intergovernmental Panel on Climate Change warned of drastic effects ahead, including food shortages and civil strife in countries already struggling to meet the basic needs of their people. The impacts and the vulnerability of certain regions around the world, especially Latin America are more evident than ever before and only immediate action will help us to avert even more harmful effects of climate change to our children’s and grandchildren’s generations.

Fortunately, most Americans want action, now, and the Hispanic community is no exception. A recent poll by NRDC and Latino Decisions found Latinos overwhelmingly want the government and the President to act on the threat of climate change and cut carbon pollution. This national survey found that 9 out of 10 Latinos in the U.S. support the government and president taking action to combat the threat of climate change and cut the carbon pollution that drives climate change.

Like polls that came before, this poll shows that Hispanics support the development of clean renewable energy sources and understand the importance of balancing economic and business interests with necessary regulations to clean our air and water to protect future generations and ensure a healthier, better future. As the largest minority group—17 percent of our nation’s population is of Hispanic descent—we have the ability to move these solutions forward.

In June 2013, President Obama announced his Climate Action Plan. This plan will substantially cut our nation’s carbon pollution putting in place better fuel efficiency for automobiles, promoting energy efficiency and directing the Environmental Protection Agency (EPA) to work closely with states and industry to establish carbon pollution standards for new and existing power plants, which are responsible for 40 percent of the total carbon pollution. This is exactly what the Latino community wants and the message which we are working to deliver to policymakers loud and clear.

These solutions not only solve the problem, they help to move our country and our economy forward. But moving these solutions forward requires that we voice our support. At Voces, our leaders and organizational partners from the business, medical and public health, and community sectors are prepared to advocate from the halls of Congress and state capitols, on the pages of national and local newspapers and on the screens of television and computers. Polluters will be actively raising their voices to support continued pollution. Our children will be relying on us to stand up for them.

Let’s show them that we are not taking anything for granted or waiting until the earth and its resources are gone. Our moral obligation to future generations and mother earth demands no less of us.