Some Dragonflies May Be Benefiting From Global Warming 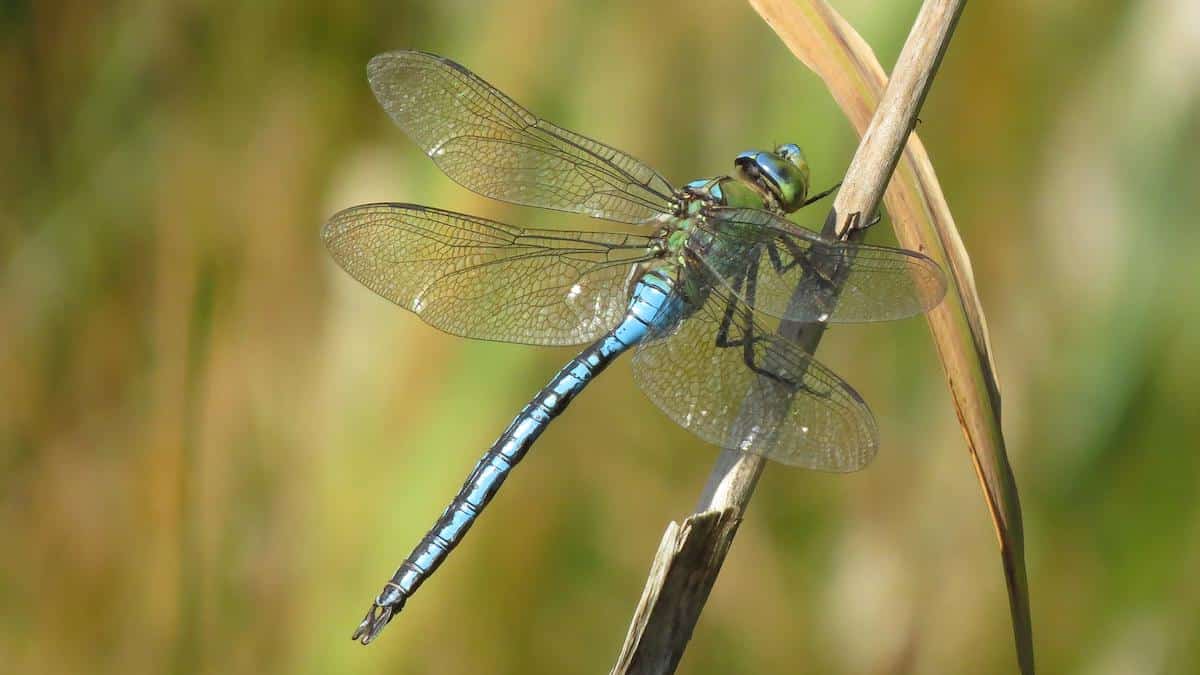 From polar bears to piping plovers, a considerable amount of the animal kingdom appears threatened by global warming. But a new report finds that nearly half of the species of dragonflies and damselflies frequently found in the United Kingdom aren’t just tolerating the symptoms of the climate crisis — they’re thriving.

Dozens of different types of dragonfly and damselfly, which are subspecies of the same class of insect, are frequently found in the UK, but only 46 are considered residents or regular migrants to the region.

And observations of nearly half of those distinct species have increased in recent years, possibly signaling that climate change creates conditions helping the insects thrive, according to the British Dragonfly Society, a group composed of a few thousand dragonfly enthusiasts and scientists in the UK.

Specifically, 41% of resident or regular migrant species “have significantly increased” their recorded populations since 1970 amid rising temperatures. During that time, some species expanded their territories across the UK, while others made the jump from southern regions of mainland Europe for the first known time.

“Dragonfly diversity in Britain and Ireland has increased and many species have spread further north in recent years,” explained Brian Walker, chairman of the British Dragonfly Society, in a statement. “One of the main reasons behind these changes is a response to climate change.”

Some, like the emperor dragonfly, have seen dramatic upticks in its distribution across Britain, according to the British Dragonfly Society, which worked with two other UK organizations on the report.

“Among our resident species, [the emperor dragonfly] has the highest increase in occupancy, having spread recently in all countries in Britain and Ireland,” the report stated. Before the 1990s, this particular dragonfly was generally found in low-lying parts of southern England and south Wales. But ever since, the emperor dragonfly has spread “westwards and northwards,” even crossing the Irish Sea to quickly establish a population in Ireland.

Listing several caveats to their work, the environmental groups behind the report acknowledge their study isn’t perfect science. Part of the reason there could be more observations of certain dragonflies, they explained, may merely be the result of more people falling in love with the glittering, buzzing helicopters.

“In recent decades, dragonflies have become a popular group of insects, which has resulted in an increase in recording intensity and observer skills,” the report noted.

Additionally, the report authors acknowledged other environmental factors may be responsible for rising reported dragonfly and damselfly numbers.

While increased temperatures associated with climate change “are likely to have had the greatest influence on dragonflies” in the UK, the report noted that “it should be remembered that climate change does not act in isolation.” Water quality, increased competition and habitat degradation are all influenced by climate change, although the latter concern is also due in large part to intensified agriculture since World War II.

“Increases in the availability of suitable habitats through restoration and creation projects have also played a significant role” in helping these insects multiply, the report suggested.

The organizations caution that while this may sound like banner news for the insects across species, the “speed at which new species are arriving and colonizing” should serve instead as a warning.

“The evidence suggests that species favouring cooler conditions are contracting their range and certain habitats such as bogs are drying out and this is having an adverse effect on the species which rely on them,” the report stated, pointing out that 11% of dragonfly and damselfly species actually saw adverse impacts to their recorded population numbers over the same time period that many other species gained ground.

What does this perhaps tell us about other regions?

Across the Americas, the question of how climate change is impacting dragonflies and damselflies is “more challenging to pursue,” according to Melissa Sanchez Herrera, president of the Dragonfly Society of the Americas. That’s in part because citizen data collection efforts in Britain go back years longer than those in the Americas; in some countries, such as Mexico, Colombia and Argentina, data collection only goes back five years.

“We might not yet have the data to talk about real trends in these areas of the world,” explained Sanchez Herrera in an email. “The Americas are quite a big continental mass, so it’s harder to approach [data collection].”