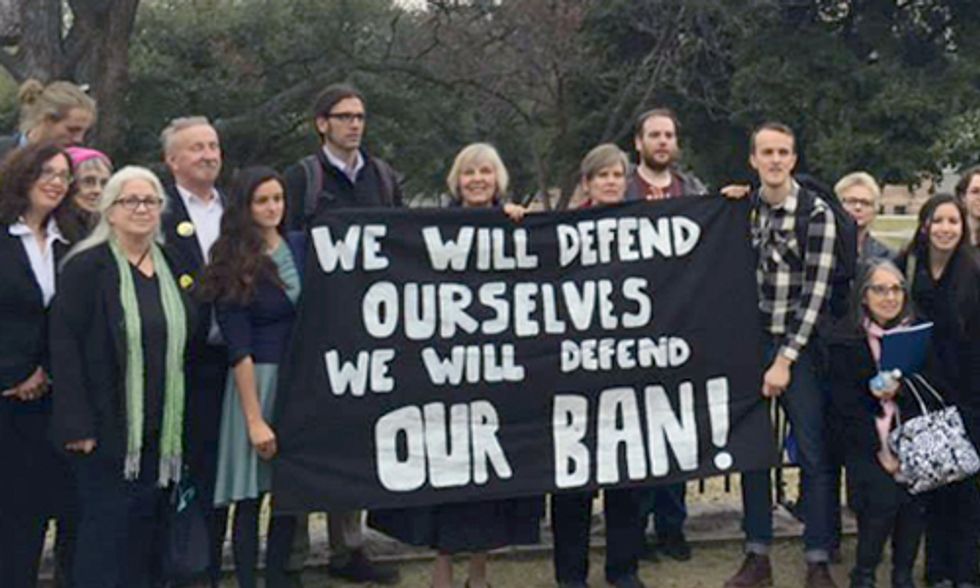 Citizens of Denton, Texas are still fighting to keep fracking banned within city limits despite the vote last November in favor of the ban. Ever since the vote, state lawmakers in cahoots with the oil and gas industry and the American Legislative Exchange Council, or ALEC, have attempted to strip municipalities like Denton of home rule authority to override the city's ban, according to Frack Free Denton.

The town is the first municipality in Texas to ban fracking and has consequently become ground zero for the fracking debate. Yesterday, Denton Mayor Chris Watts and City Attorney Anita Burgess traveled to Austin to testify at a hearing on two bills that have emerged in response to Denton's fracking ban, according to Frack Free Denton. In solidarity with grassroots organizers from the Frack Free Denton movement and other residents from small Texas towns who also testified in Austin, documentary filmmaker and Denton resident Garrett Graham released a new trailer for his forthcoming film.

With the help of Frack Free Denton, Graham made a film that "chronicles Denton's uphill battle against oil and gas interest deep in the heart of the gas patch," said Frack Free Denton. The oil and gas industry is working hard to undo Denton's ban and to keep other cities from following Denton's example but residents of Denton are speaking out.

Citizens Fight for Home Rule Against Fracking and Pipelines