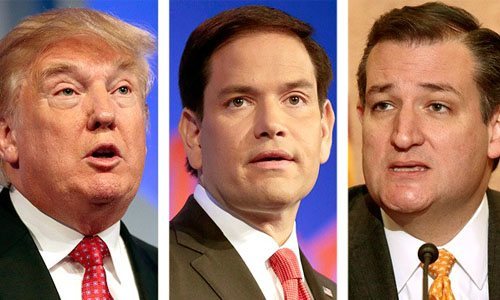 The Democratic Party released a video on Sunday slamming the GOP presidential candidates for their stance on climate change.

While Bernie Sanders and Hillary Clinton have both laid out plans to address climate change, all five remaining Republican candidates have either denied man-made warming or “discounted the scope of the  issue,” Reuters reported.

The video features clips of Donald Trump, Ted Cruz and Marco Rubio denying climate change, while several Democratic members of Congress explain how extreme weather—including flooding, drought and wildfires—is on the rise due to climate change.

The group of Democrats draw a link between these environmental issues and the vacancy on the U.S. Supreme Court following the death of Justice Antonin Scalia last month. They called on Republicans to “do your job” and fill the vacancy.

“With so many issues at stake now, with so much potentially heading before the court on clean energy and climate change, we simply can’t afford for our nation’s highest court to be crippled,” a few Democrats said in the video.

President Obama said he plans to appoint a successor for Scalia ahead of the November election, but Republicans have vowed to block that effort.