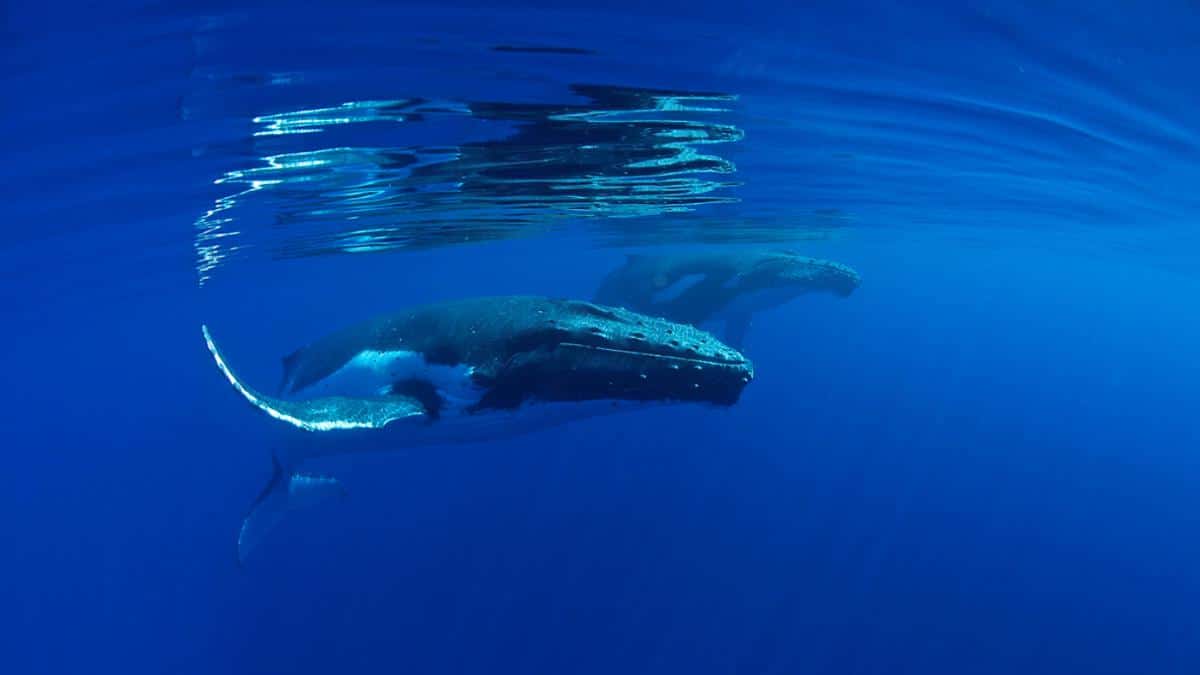 A new study is shedding light on what lies in the deep.

This first-ever deep-sea survey of both ends of the Salas y Gómez and Nazca ridges has revealed unique and fragile species. It also spurred a call for the protection of deep-sea habitats.

Using baited underwater camera systems, scientists targeted deep-sea communities at depths down to 2,400 meters, said Daniel Wagner, ocean science technical advisor for Conservation International and the study’s co-author. They focused on seamounts located on the two ridges. The ridges are adjacent, underwater mountain chains that stretch across 2,900 kilometers in the southeastern Pacific Ocean, between Rapa Nui (Easter Island) and the Peruvian Coast.

Researchers recorded over 120 species along the seafloor — including corals, sponges, shrimp, sharks, fishes, eels and more. The location actually has “significant” marine biodiversity and one of the highest rates of unique species on Earth, a Conservation International press release said. According to the organization, that makes these ridges one of the most ecologically important areas on the planet, and there are still deeper waters in this remote region to explore.

Wagner explained why these underwater mountain ranges are so diverse and what is it about the geography of the area that allows life to flourish.

“Despite its geographic proximity to the South American continent, the biodiversity of the Salas y Gómez and Nazca ridges is isolated from South America by the Humboldt Current System and the Atacama Trench, creating a very unique marine fauna,” he said. “For many groups of organisms, nearly half the species found in this region live nowhere else on our planet. This makes the region a top priority for conservation globally since if we lose their habitats and species, they will essentially be lost from our entire planet.”

The ocean waters in this region are also uniquely clear — among some of the clearest in the world. This allows sunlight to reach greater depths than in other parts of the ocean, perhaps supporting more deep-sea corals and other photosynthetic animals, Wagner said. Unrelated recent scientific explorations of seamounts on the Salas y Gómez and Nazca ridges indicate photosynthetic marine communities in this region can occur below 300 meters depth, one of the deepest recorded on Earth, Wagner shared.

Wagner also called many of the species found “particularly fragile.” He offered deep-sea corals and sponges as an example because they are slow-growing and long-lived. As a result, he told EcoWatch, “if their habitats are disturbed, it takes these species a very long time to recover, if they can recover at all.”

“The Salas y Gómez and Nazca ridges are one of the most unique biodiversity hotspots on Earth, and we’ve only just begun to explore it,” Alan Friedlander, lead author of the study and chief scientist for National Geographic Pristine Seas, said in the press release. “This region needs to be protected using the best available conservation measures if we hope to preserve its extraordinarily unique biodiversity.”

Currently, the biggest threat to the region is a jurisdictional issue. Over 73 percent of the Salas y Gómez and Nazca ridges lie in areas beyond any national jurisdiction: they lie in the high seas, where they are unprotected and under threat from overfishing, plastic pollution, climate change, and potential deep-sea mining in the near future, Wagner said.

Luckily, the remoteness of the region has protected it from many human impacts so far. Scientists worry that future climate change impacts in the region will be substantial. They also fear that extractive and destructive practices will continue unregulated on the high seas.

Wagner recommended the below actions to conserve this unique, biodiverse area:

Other places like these ridges remain unexplored. In fact, according to Wagner, the deep sea (200 meters and below) covers over 95 percent of the volume that is inhabitable to life, encompasses the largest portion of our planet and harbors extraordinary biodiversity, Wagner said. He implored the global community to protect the few relatively pristine places that remain — including deep-sea habitats — for the health of the planet and its people.