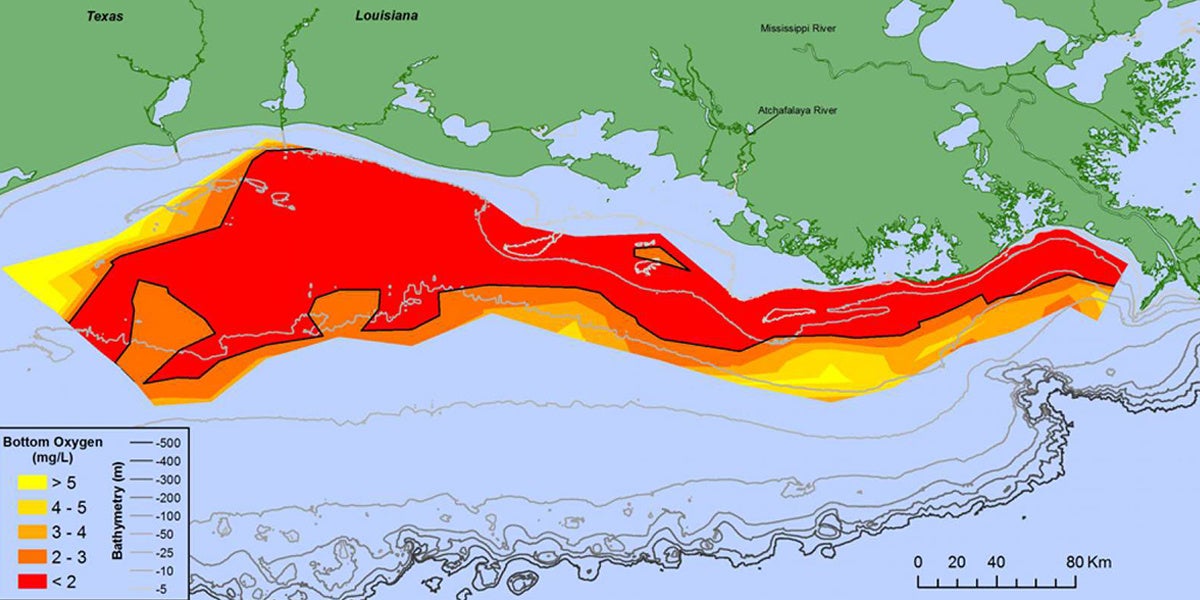 Scientists have identified a dead zone as large as Florida in the Gulf of Oman, which connects the Arabian Sea to the Persian Gulf. Around the world there are more than 400 current dead zones in oceans and lakes, where water contains so little oxygen that aquatic life can’t survive.

Dead zones form when aquatic organisms consume dissolved oxygen faster than it can be supplied. This typically happens when warmer water sits on top of colder water, or freshwater sits on top of saltier water—for example, where a river meets the sea. In either case the water on top is less dense and floats. The layers don’t mix much, so very little oxygen from the atmosphere reaches the lower layers. 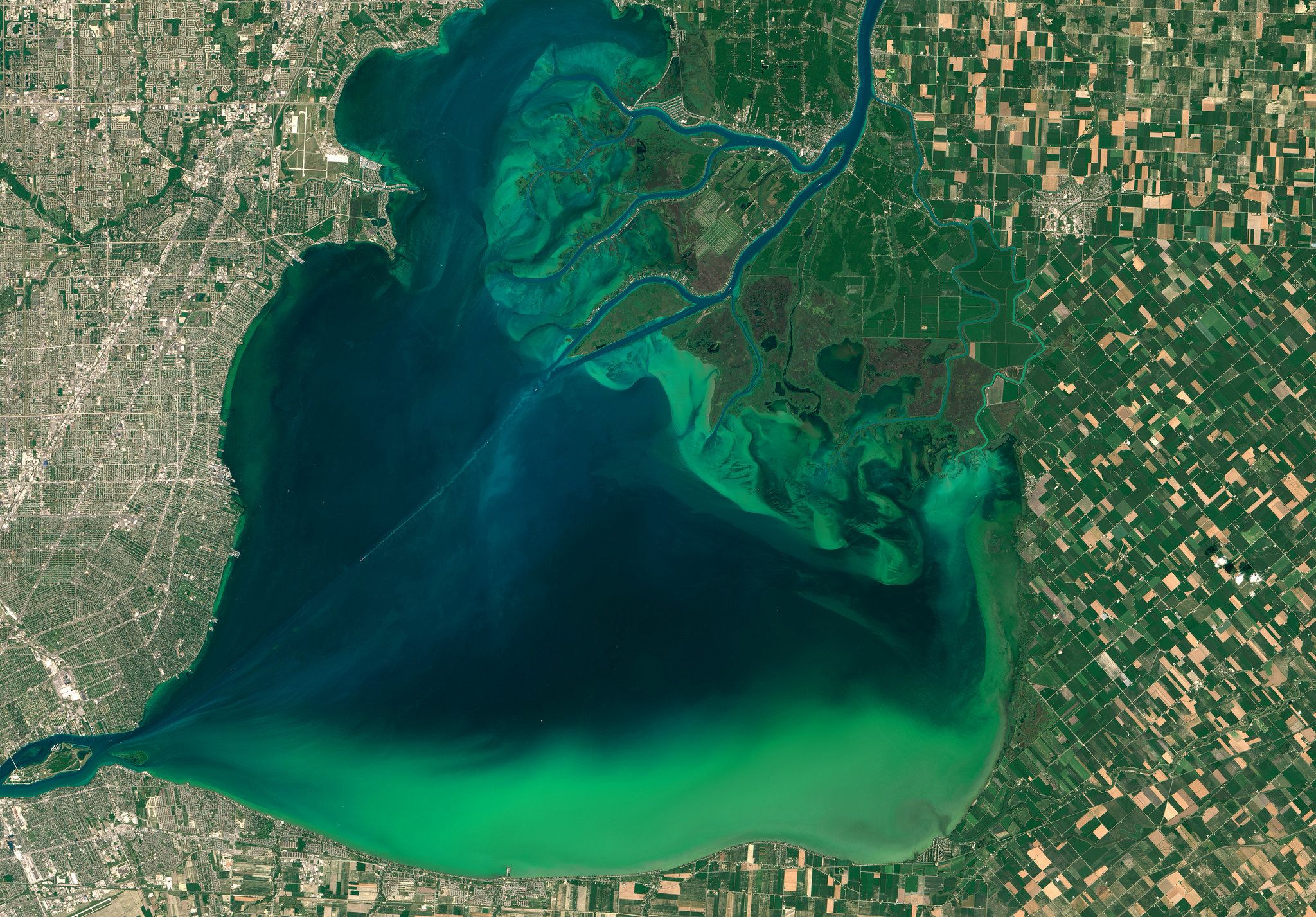 Blooms of algae, like this growth in 2015 in Lake St. Clair between Michigan and Ontario, promote the formation of dead zones.NASA Goddard Space Flight Center / Flickr / CC BY 2.0

The next ingredient is organic matter in the water. It can come from untreated sewage, or from blooms of algae, along with dead plankton and fish. This material eventually sinks into the bottom layer, where bacteria decompose it, using oxygen as fuel. This process can consume most or all of the oxygen from the water.

Temperature is also a factor. Higher temperatures promote faster algae growth, enhance formation of layers in the water, and reduce the amount of dissolved oxygen that the water can hold. Climate change is tending to increase temperatures and make dead zones worse.

But the biggest driver is nutrient pollution—excess inputs of nitrogen and phosphorus. These nutrients stimulate algae growth. They come from municipal and industrial wastewater treatment plants, and increasingly from fertilizer runoff from industrial-scale agriculture.

A recent global-scale analysis shows that oxygen-depleted zones in the open ocean have expanded by several million square kilometers since the mid-20th century, and oxygen concentrations at hundreds of coastal sites like the Gulf of Mexico are now low enough to limit the distribution and abundance of fish. These impacts are also being felt in estuaries and the Great Lakes.

As my research has shown, large-scale dead zones are resistant to change. But nutrient reductions in the Chesapeake Bay are starting to improve conditions there. Communities around Lake Erie dramatically reduced its dead zone and toxic algae blooms in the 1970s by reducing phosphorus inputs. Now, however, these issues are resurfacing there—evidence that this problem is an ongoing challenge.