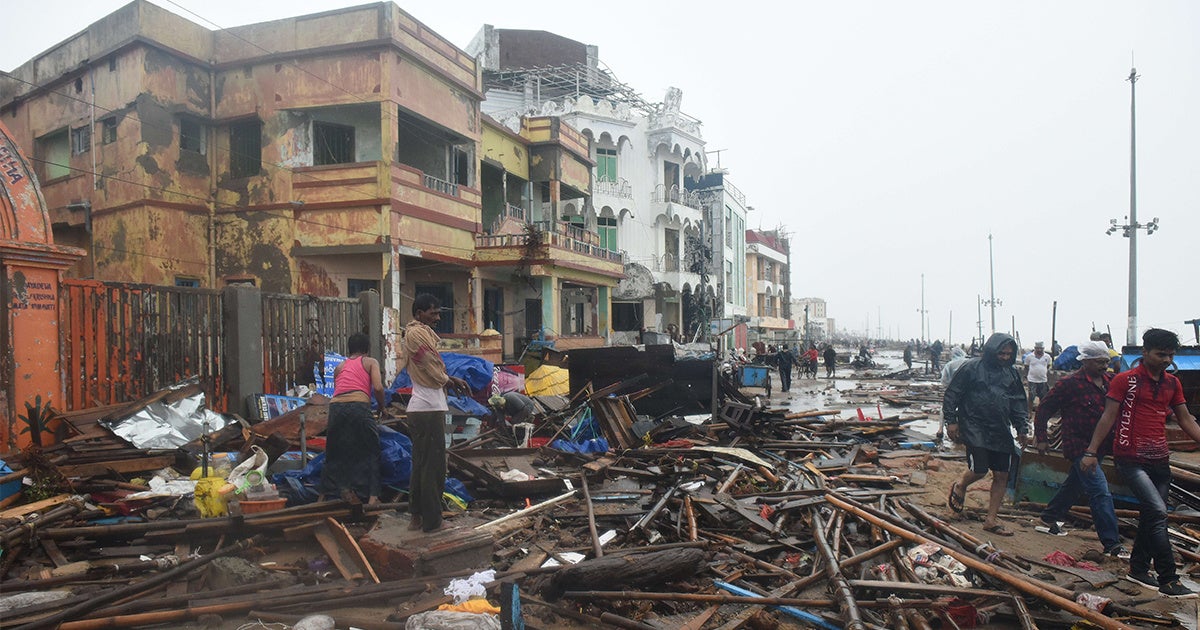 Dozens are dead and hundreds of thousands homeless after the strongest cyclone to hit the Indian state of Odisha in 43 years, Reuters reported Sunday.

The powerful cyclone made landfall Friday morning near the Eastern Indian town of Puri with the strength of a category 3 hurricane, according to AccuWeather. The storm did major damage to the town, felling trees, blowing off roofs and destroying power lines, Reuters said. At least 38 people have died in Odisha, 25 of them in the Puri district, The Times of India reported Sunday. Another dozen people died when the storm moved on to Bangladesh as a tropical depression Saturday, AFP reported.

“Six people died after they were hit by falling trees or collapsed walls, and six have died from lightning,” Bangladeshi disaster official Benazir Ahmed told AFP.

However, the death toll could have been much higher if officials had not evacuated 1.2 million people in Odisha and more than 1.6 million people in Bangladesh ahead of the storm. Authorities had been preparing an evacuation plan since a cyclone in 1999 killed thousands in the region, The New York Times reported.

“In the event of such a major calamity like this — where Odisha was hit by close to a super-cyclone — instead of being a tragedy of humongous proportion, we are in the process of restoring critical infrastructure. That is the transformation that Odisha has had,” the state’s top government official Naveen Patnaik said in a statement reported by the Associated Press.

Disaster preparedness was the difference between #CycloneFani and a 1999 “super” cyclone that killed 10,000 in India.
“Instead of being a tragedy of humongous proportion, we are restoring critical infrastructure. That is the transformation." https://t.co/BIfSNX29QH pic.twitter.com/lJIHAqIg8c

In India, the evacuation plan included sending out warnings via text messages and public address systems, and transporting people by bus to shelters stocked with food and water. Most everyone was out of harm’s way when the cyclone struck Friday, The New York Times reported. In Bangladesh, vulnerable people were similarly moved to shelters, and the plan also seems to have been effective at reducing the death toll.

“I have a feeling that Allah favored us this time,” Bangladeshi disaster management secretary Shah Kamal told The New York Times.

However, in both countries survivors face a daunting recovery process. Flooding inundated entire villages in both Odisha and Bangladesh and destroyed livelihoods, including damaging thousands of acres of crops in the latter country.

“See, our house is destroyed, our boat is destroyed — what can we do?” 21-year-old Puri fisherman Pikki Gopi told The New York Times. “We don’t have any place to work, eat or sleep. We have nothing to do.”

Survivors were also concerned about food, AccuWeather reported, since the storm destroyed many grocery stores and food supplies. It also destroyed power lines and communications networks in parts of Odisha, including Puri, where officials said it would take at least a week to restore power.

Patnaik told the Hindustan Times that relief efforts were made more difficult by the rarity of the storm.

“Fani is one of the rarest of rare cyclones – the first to hit in 43 years and one of three to hit in 150 years. Because of the rarity, the prediction and tracking of the cyclone was challenging. In 24 hours, one was not sure of the trajectory it was going to take. Fani after landfall, tore apart the infrastructure, especially power, telecom and water supply, ” Patnaik said.

Fani was so powerful partly because of climate change, The Times of India reported. The water temperatures in the Bay of Bengal were more than one degree Celsius warmer than the long-term average as the storm was forming, giving the storm more energy. This is the same effect that super-charged Hurricane Michael in Florida last year.

“Fani is just the latest reminder of the heightened threat that millions of people around the world face from the combination of rising seas and more intense hurricanes and typhoons,” Penn State University Atmospheric Science Professor Dr. Michael Mann told The Times of India. “That threat will only rise if we continue to warm the planet by burning fossil fuels and emitting carbon into the atmosphere.”