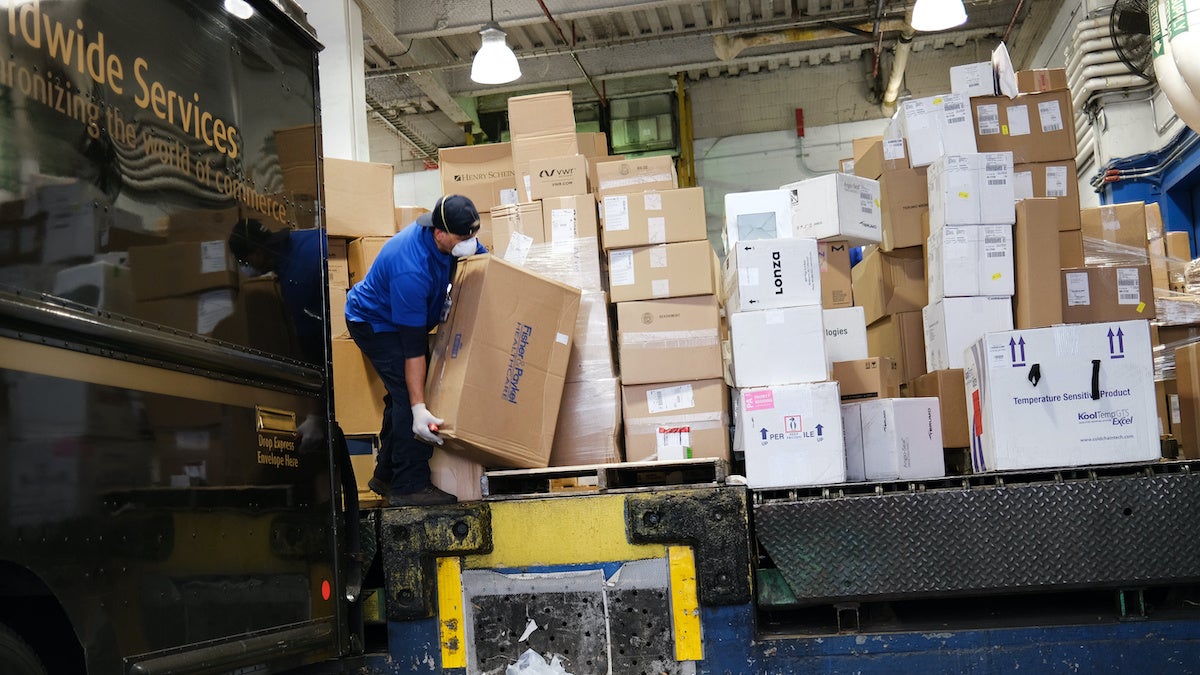 The supply chain that provides medical supplies to the world is favoring the U.S. and Europe, which are outbidding poorer nations for masks, gowns, gloves and ventilators during the coronavirus pandemic, according to NPR.

The Trump administration is accused of modern piracy for effectively hijacking shipments of masks and additional crucial supplies meant for other countries, including allies. The administration has also used its leverage to strong-arm private firms to prioritize America over other parts of the world, according to POLITICO.

Last week, Trump announced he was invoking the Defense Production Act to restrict U.S. exports of key medical supplies, leaving many poorer countries scrambling for supplies as they too try to contain COVID-19 and also protect their healthcare workers. The order restricts companies from selling respirators, masks or gloves overseas.

Scientists in Africa and Latin America received the unfortunate news that vital testing kits that they ordered will not be delivered for several months since everything in the supply line is headed to the U.S. and Europe. Furthermore, the increased price in all supplies from testing kits to masks has strained the fragile budgets and borrowing ability of poorer countries, according to The New York Times.

UNICEF has seen an uptick in countries turning to the agency for help. UNICEF is trying to secure 240 million masks to help people in 100 countries. So far, the global relief agency has only sourced 28 million masks, less than 12 percent of its target, as The New York Times reported.

“There is a war going on behind the scenes, and we’re most worried about poorer countries losing out,” said Dr. Catharina Boehme, the chief executive of Foundation for Innovative New Diagnostics, which collaborates with the World Health Organization in helping poorer countries gain access to medical tests, to The New York Times.

The global demand for supplies and the hoarding from rich countries has led to pernicious trade wars as new rules around the world place restrictions on the export of medical supplies.

“All it takes is some other country out there to say, ‘Oh, you’re going to impose a limit on what you sell to us, [say] masks? Well, then, we’re going to restrict our exports to you of gloves. Or gowns. Or thermometers,” said Chad Bown, a senior fellow at the Peterson Institute for International Economics, to NPR.

While many poorer countries have reported far fewer cases of the coronavirus than the U.S. and Europe, experts fear that an outbreak will devastate local populations. Also, without adequate testing, it is possible that existing cases are being overlooked.

Many parts of Africa, Latin America and parts of Asia are already at a severe disadvantage to handle an epidemic. A recent study found that some poor countries have only one equipped intensive care bed per million residents, according to The New York Times. Those areas tend to have underfunded and fragile health systems that lack necessary equipment.

While wealthy nations are pushing to keep medical supplies for their own healthcare workers and citizenry, some experts believe it’s important to help poorer nations prepare for a coming outbreak.

Thomas Tighe, the CEO of the medical aid group Direct Relief, told NPR that he can understand both sides of the conflict. “I think the concern is obvious,” he said. “Why would anyone send anything other than to the U.S., given this is our home? But I think it’s also true that countries that have very little to begin with are looking at this wave of COVID-19 cases coming with no protection.”

In Brazil, Dr. Amilcar Tanuri runs public laboratories at the Federal University of Rio de Janeiro, half of which are “stuck doing nothing,” instead of testing health workers, because he said the chemical reagents he needs are being routed to wealthier countries, according to The New York Times.

“If you don’t have reliable tests, you are blind,” he said. “This is the beginning of the epidemic curve so I’m very concerned about the public health system here being overwhelmed very fast.”

In South Africa, Dr. Francois Venter, an infectious diseases expert who is advising the government, said to The New York Times that the struggle to acquire the reagents was endangering the country’s overall response.

“We have the capacity to do large testing, but we’ve been bedeviled by the fact the actual testing materials, reagents, haven’t been coming,” he said. “We’re not as wealthy. We don’t have as many ventilators, we don’t have as many doctors, our health system was in a precarious position before coronavirus.”

“The country is terrified,” he added.