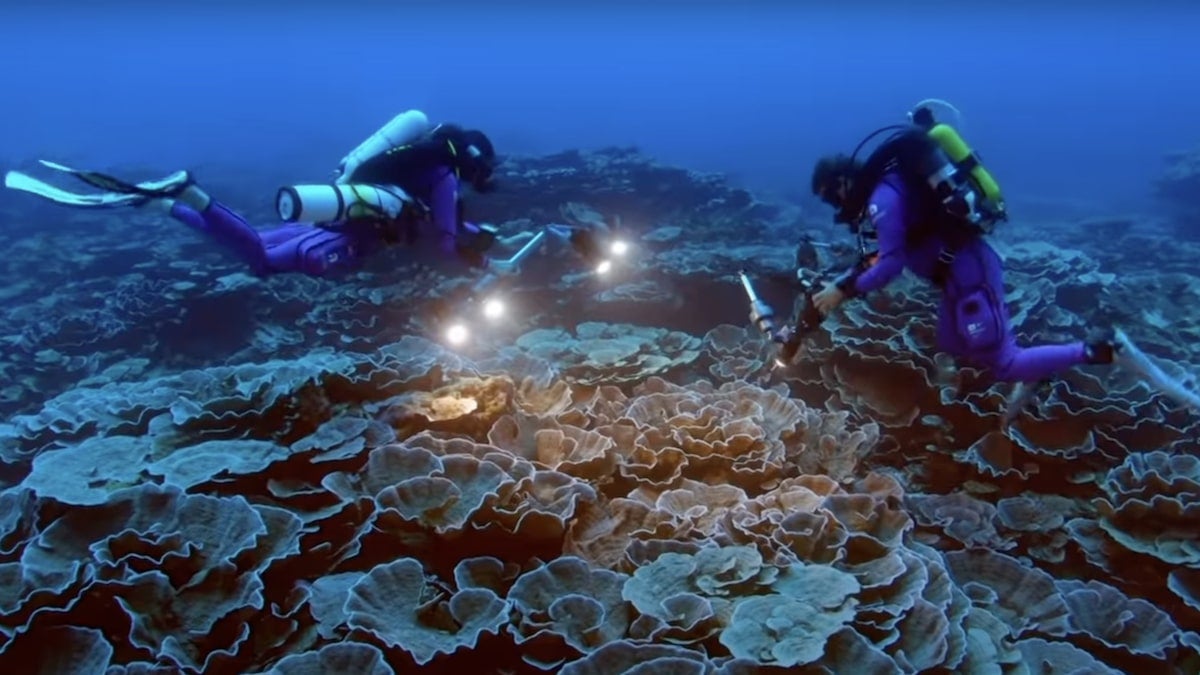 Scientists have discovered a new coral reef in the ocean’s mysterious twilight zone.

The reef, which stretches for around two miles off Tahiti and thrives at a depth of around 230 feet, appears untouched by the climate crisis and offers hope that there is more biodiversity to be discovered in unexplored parts of the ocean.

“For once, it’s a positive story about coral reefs in the news, which is quite rare these days,” United Nations Educational, Scientific and Cultural Organization (UNESCO) head of marine policy Julian Barbiere told CNN.

The new reef exists in the ocean’s twilight zone, a transitional part of the ocean that still receives enough light to sustain life. It is one of the largest reefs discovered at a depth of more than 30 meters (approximately 98 feet), The Guardian reported. It was first found in November as part of a UNESCO-led mission to French Polynesia. Researchers spent 200 hours diving and exploring the coral and even watched it spawn.

“It was magical to witness giant, beautiful rose corals which stretch for as far as the eye can see,” Alexis Rosenfeld, a French underwater photographer and member of the expedition team, told The Guardian. “It was like a work of art.”

The discovery comes at a perilous time for the world’s coral reefs. A 2020 study found that the amount of living coral had been halved since 1950 because of overfishing, pollution and the climate crisis, CNN reported. Climate change puts corals at risk because warmer marine temperatures encourage coral bleaching and the increased carbon dioxide in the atmosphere leads to ocean acidification. Scientists predict that 70 to 90 percent of the world’s remaining coral will disappear in the next 20 years.

However, the fact that this new reef appears so healthy offers hope. Intact reefs take 25 to 30 years to develop and thrive, so the new reef has been around for decades at least. Scientists think it may offer clues for how to protect other vulnerable reefs.

“We think that deeper reefs may be better protected from global warming,” Laetitia Hédouin, a marine biologist with the French National Centre of Scientific Research and the environmental research center CRIOBE, told CNN. “So the discovery of this reef in such a pristine condition is good news and can inspire future conservation.”

It also highlights the importance of understanding and protecting deeper parts of the ocean. It was found as part of a project to map the seabed known as the Seabed2030 Project, BBC News reported.

Barbiere said there may be many other unique ecosystems hiding in the shadowy parts of the ocean.

“We should be working to map them and to protect them,” he said.