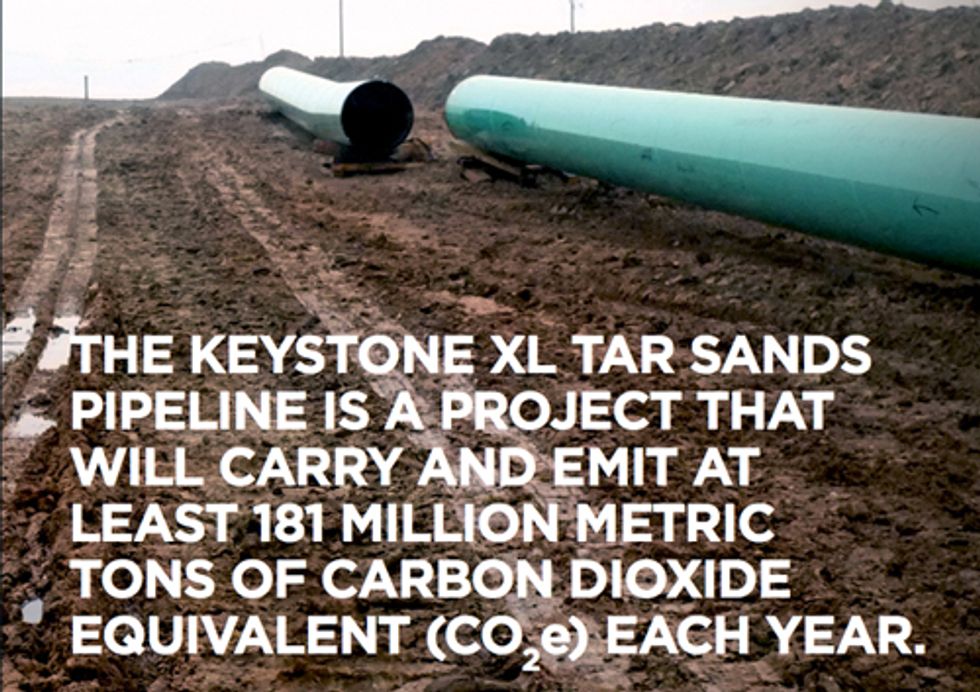 In documenting the emissions associated with the controversial pipeline project, the report makes real the scale of climate impact and the further hurdles the project would create for the battle against climate change, putting the State Department’s “business as usual” scenarios into doubt.

The major findings of Cooking the Books: How The State Department Analysis Ignores the True Climate Impact of the Keystone XL Pipeline are:

“When evaluating this project, the State Department should apply a simple test: Does its completion bring the U.S. closer to meeting its climate goals? The answer is clearly no, and therefore the project must be denied,” said Steve Kretzmann, executive director of Oil Change International.

“Alberta’s premier was just in Washington, DC noting how essential the pipeline is to meeting increased production of the dirtiest oil on the planet. The numbers in this report make it clear that we can’t afford to help Big Oil meet that goal,” said Elizabeth Shope of the Natural Resources Defense Council.

U.S. demand for oil has declined since 2005 by 2.25 million barrels per day—or the equivalent of almost three Keystone XL pipelines.

"Any objective analysis of the impact of building Keystone shows that it would be a climate catastrophe," said Ross Hammond, senior campaigner for Friends of the Earth. "Instead, the State Department seems ready to buy into the pipeline propaganda of an army of lobbyists who are trading on their ties to Secretary Kerry and President Obama to taint the decision. The president must act in the national interest, not the interests of Big Oil, and reject the Keystone XL pipeline."

“Today's report clearly demonstrates that we can't protect future generations from the worst impacts of global warming while allowing ourselves to become hooked on even dirtier sources of fuel,” said Daniel Gatti, Get Off Oil program director for Environment America. “We need President Obama and Secretary Kerry to say no to tar sands, and no to the Keystone XL pipeline.”

“If he’s to keep his promise to confront climate change to protect America’s wildlife and communities, President Obama should say no to the proposed Keystone XL tar sands pipeline,” said Jim Murphy, senior counsel at the National Wildlife Federation. “Our leaders can’t have it both ways—if they’re truly committed to protecting America’s wildlife and communities from climate change, they need to say no to Keystone XL and massive amounts of climate-disrupting carbon pollution it would deliver.”