Conservationists, Computer Scientists to Map a ‘Safety Net’ for Earth 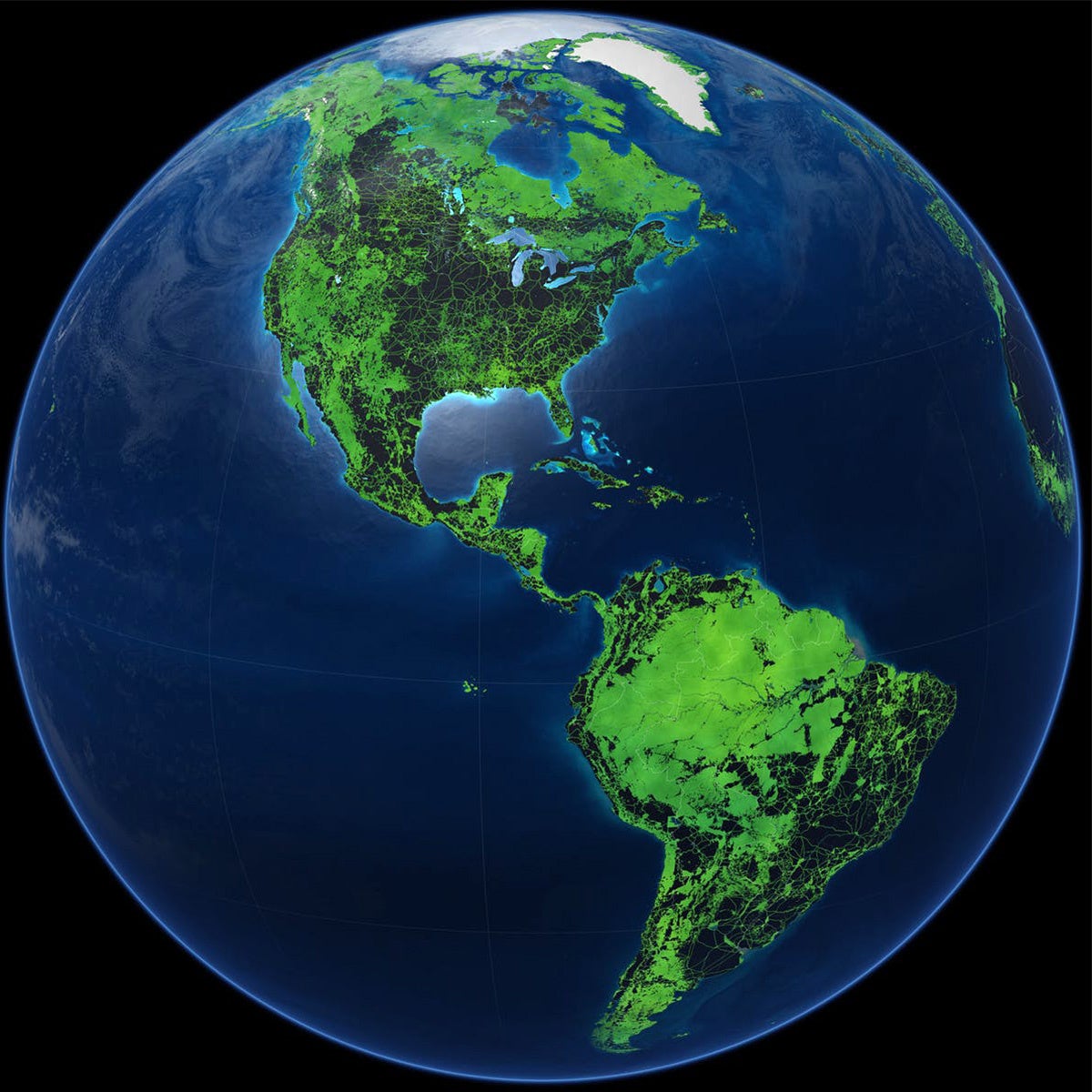 This "safety net" rendering is the first attempt to show what a 50 percent conservation target could look like by the year 2050. RESOLVE

A team of biologists and computer scientists plan to map a global “safety net” for planet Earth.

The mapping effort, to be led by Washington, DC-based non-profit research organization RESOLVE together with Globaïa, an NGO based in Quebec, Canada, and Brazil’s Universidade Federal de Viçosa, aims to identify the most critical terrestrial regions to protect as we work towards the goal of conserving 50 percent of the world’s land area.

Scientists and conservationists have argued for years that setting aside at least half of the world’s land mass as off-limits to human enterprise is necessary if we are to conserve our planet’s biodiversity. Renowned biologist E.O. Wilson is, of course, one of the chief proponents of this conservation target, as detailed in his 2016 book Half-Earth: Our Planet’s Fight for Life.

There was an overall decline of 58 percent in wildlife population sizes between the years 1970 and 2012, the World Wildlife Fund reported earlier this year in its annual Living Planet Report. If current trends continue, the group added, population abundance of amphibians, birds, fish, mammals and reptiles will have declined, on average, by some 67 percent by 2020.

It’s not just flora and fauna species at risk if we don’t find a way to preserve intact ecosystems, however. Mankind also relies on the services provided by nature, including clean water for drinking and crop irrigation, for instance, while the sequestration of massive amounts of carbon in the world’s forests helps regulate the global climate cycle.

The “safety net” that RESOLVE and its partner institutions plan to map out will consist of a network of wildlife corridors that connect every protected area on Earth and link them up with other high-priority landscapes, as well, even those that are unprotected. These corridors are necessary for migratory species and wide-ranging species like big cats to thrive. They also provide a means for species to shift their ranges as temperatures continue to rise due to global warming and their current habitat becomes inhospitable.

Advances in computer modeling techniques have made it possible to examine all 125 million square kilometers of habitable land area on Earth and evaluate the importance of each square kilometer for preserving biodiversity and sustaining agricultural production, according to Eric Dinerstein, the scientist leading the mapping effort.

In order to map all of the planet’s protected areas, key landscapes, and crucial wildlife corridors, Dinerstein and team plan to utilize 52 different data sets, on everything from biodiversity hotspots and species density to agricultural output and projections of future human development. They estimate that it will require thousands of hours of computer processing time to complete their study.

“Constructing a ‘safety net’ for the Earth’s biota remained a dream until a few years ago when access to supercomputers and massive data storage allowed such an ambitious study to be carried out. This new map will offer a global view of how to reconnect the Earth’s natural treasures,” Dinerstein said in a statement. “It is just a starting point, and will continually evolve with new data and insights provided by scientists around the world.”

The algorithms used by Dinerstein and team in the modeling done for their research will be released publicly so that other researchers can create a “safety net” map for regional, national and transnational contexts.

The mapping initiative was launched and funded by the Leonardo DiCaprio Foundation (which also provides funding to Mongabay). A parallel effort to map a “safety net” for the world’s oceans connecting marine protected areas that are vital to maintaining healthy fisheries and sequestering carbon will be launched next year.

We have quite a ways to go until we’ve protected 50 percent of planet Earth. The UN Environment World Conservation Monitoring Center and the International Union for the Conservation of Nature released a report last year that found about 15 percent of the world’s land area has been protected so far, while a little more than 10 percent of coastal and marine areas within national jurisdiction and just four percent of the global ocean are protected.

“Modern society has undervalued the vital role that nature plays in providing humanity with clean air and water, healthy food, and a stable climate—elements that are essential to sustaining life,” Justin Winters, executive director of the Leonardo DiCaprio Foundation, said in a statement. “By creating a ‘safety net’ of protected and connected ecosystems around the planet we could avert a climate crisis and create a world where both nature and humanity co-exist and thrive.”