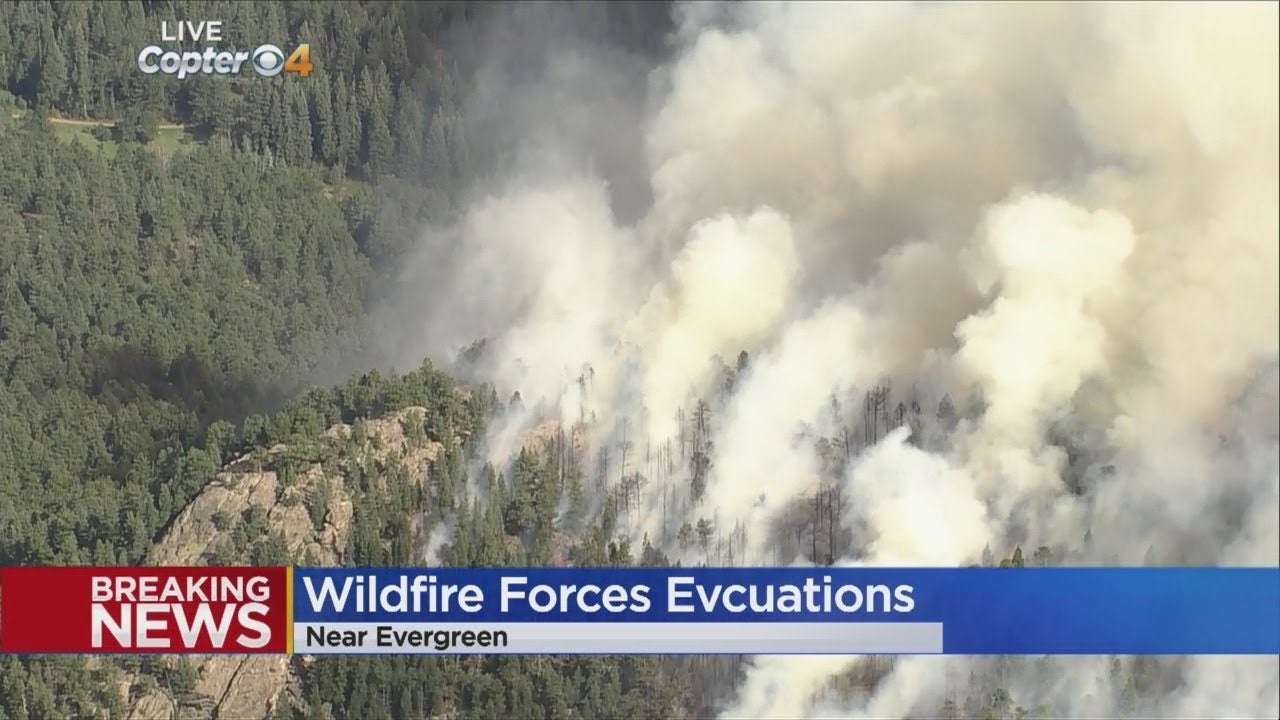 More than 1,000 people were told to evacuate their homes when a wildfire ignited in the foothills west of Denver Monday, Colorado Public Radio reported.

The Elephant Butte Fire sparked in Evergreen, Colorado around 2:30 p.m., KDVR reported. As of Tuesday morning, it had spread to 50 acres and was zero percent contained, the Jefferson County Sheriff’s Office tweeted.

One of the families forced to evacuate Monday told CBS4 the land they fled had been in the family for 100 years.

“It’s completely made out of wood. It’s a 104-year-old house. I’ve lived there all my life,” teenager Aidan Lincoln told CBS4. “It’s been there since before my dad was born. It means a lot to my family.”

Lincoln feared the family home had caught fire, but the sheriff’s office says no homes have been lost. Fire officials also said no one had been injured as of 6:30 p.m. Monday, The Denver Post reported.

The fire is burning in the Upper Bear Creek Road and Overlook Trail area, according to Evergreen Fire Rescue. The evacuation area initially covered a five-mile radius and around 250 homes but was later increased to cover around 1,000 homes. The Elk Meadow and Alderfer/Three Sisters parks were also both closed because of the blaze.

There were more than 100 people fighting the fire Monday and at least three air tankers and several helicopters, Colorado Public Radio reported.

Though these images were taken about an hour ago, they give you a different perspective of what the #elephantbuttefire looks like from above using the state Multi-Mission Aircraft pic.twitter.com/yrlNOVw7fe

Monday’s weather made battling the flames more difficult. Firefighters on the ground had to pause in their efforts a little before 7 p.m. Monday because of lightning in the area, and wind pushed the fire up into the treetops of one ridge. There was a little rainfall, but it proved disappointing.

“Unfortunately the rain didn’t help as much as we hoped,” the sheriff’s office wrote on Facebook, as Colorado Public Radio reported.

Conditions are expected to be more favorable Tuesday because of a cold front, KDVR reported.

The immediate cause of the fire is under investigation, according to The Denver Post. However, the climate crisis has helped to increase the size and frequency of wildfires in the Western U.S. Of the more than 40,000 fires that burned from Colorado to California between 1950 and 2017, 61 percent ignited in the last two decades, according to the National Aeronautics and Space Administration (NASA). At the same time, global temperatures have gotten hotter, encouraging ideal fire conditions like high temperatures and dry air.

“Those fire conditions all fall under weather and climate,” NASA Langley Research Center wildfire expert Amber Soja said. “The weather will change as Earth warms, and we’re seeing that happen.”

Correction: An earlier version of this article attributed a quote to the sheriff’s office on Twitter. The quote was posted on Facebook.