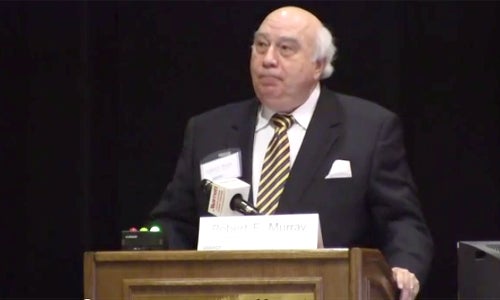 The newest innovation of the climate denying machine, it turns out, is the lawsuit.

Despite the fact that President Barack Obama’s emissions rule remains a proposal for at least a year, the mere idea of a limit on carbon has incensed an Ohio coal executive to the point of threatened litigation. Robert E. Murray, founder of Murray Energy Corp., said he would sue the U.S. Environmental Protection Agency for spreading what he believes to be misinformation and attempting to enforce legislation based on it—violations of the federal Data Quality Act in Murray’s view. 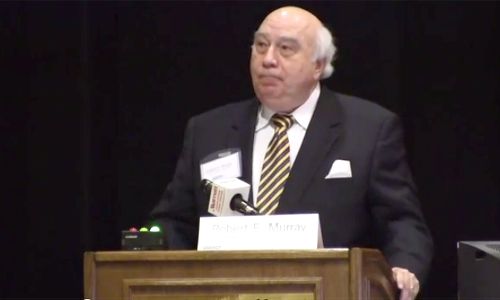 “The earth has actually cooled over the last 17 years, so under the Data Quality Act, they’ve actually been lying about so-called global warming,” he continued. “This lawsuit will force them to not just take data from the environmentalists and publish it, as they have been doing, but to review that data and make sure it’s accurate.”

Clearly, the EPA doesn’t “just take” data from environmentalists. If that were the case, a project like Keystone XL would have been nixed a while ago. Instead, the agency considers information like the study of nearly 12,000 abstracts concluding with 97 percent of scientists agreeing that climate change is manmade.

As for Murray’s cooling argument, NASA has released plenty of data stating the opposite, including this animation showing the intense warming of the planet over the past 60 decades. NASA also predicts that the planet could warm by 20 percent more than previously estimated by 2099.

That won’t change Murray’s mind, though. He is concerned with the “destruction” of the coal industry that the emissions limit will cause. He says it’s a “human” issue, but he doesn’t give that distinction to the greenhouse gas pollution caused by the same industry.