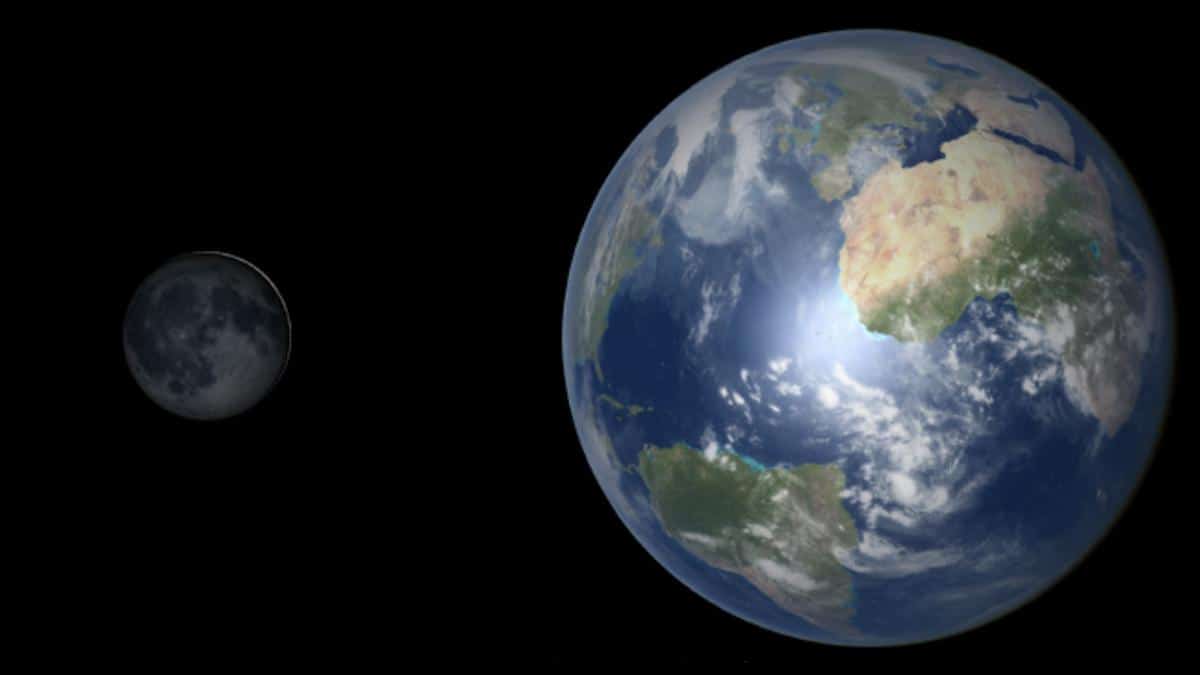 The paper, published in Geophysical Research Letters last month, found that there had been a significant drop in Earth’s reflective capacity, or albedo, in the last three years of records.

“The albedo drop was such a surprise to us when we analyzed the last three years of data after 17 years of nearly flat albedo,” lead study author and New Jersey Institute of Technology researcher Philip Goode said in a press release.

The new research is based on measurements of a phenomenon called earthshine. This is something it is actually possible to witness yourself, as NASA explains:

The brightness of earthshine is determined by the earth’s albedo, or reflective ability, NASA details further. Albedo, and therefore earthshine, tend to increase when there are more clouds to reflect sunlight.

Researchers have been measuring earthshine data from the Big Bear Solar Observatory in Southern California from 1998 to 2017, the press release said. During this time, they observed that Earth’s brightness decreased by half a watt per square meter, with most of this decline occurring in the final three years of data measurements. This amounts to a 0.5 percent decrease in Earth’s albedo.

Earthshine can also be influenced by the brightness of the sun, but the researchers found that the sun’s brightness did not change at the same time as the effects they observed. Instead, they think the change is due to the warming of the ocean.

“The recent drop in albedo is attributed to a warming of the eastern pacific, which is measured to reduce low-lying cloud cover and, thereby, the albedo,” they wrote.

They found that their falling earthshine measurements corresponded with a decrease in low-lying clouds over this part of the ocean, as measured by NASA’s Clouds and the Earth’s Radiant Energy System (CERES) project, the press release explained. The area has been heating because of the reversal of the Pacific Decadal Oscillation, which in turn has been associated with climate change.

While the dimming of the earth may seem like a curiosity, it could actually be part of a harmful climate feedback loop. A less reflective planet absorbs more sunlight, which means more heating. The study’s observations therefore contradict one theory that a warmer planet would also be a cloudier one, and that this might help to put the breaks on even further warming.

“It’s actually quite concerning,” University of California at Riverside planetary scientist Edward Schwieterman, who was not involved with the study, said in the press release.