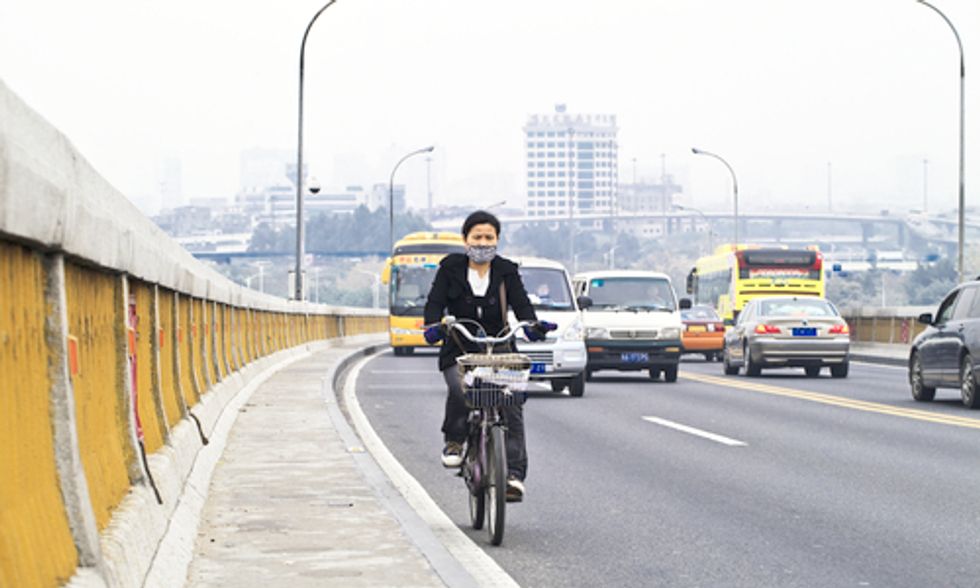 The Chinese government is so disturbed by its nation's growing reputation for poor air quality that is willing to pay cities that try to buck the trend.

China's cabinet has announced the development of a fund worth $1.6 billion to reward cities and regions that make efforts to control key areas of pollution, according to a report from The Associated Press (AP).

Key goals include controlling particulate matter in the air, curbing coal consumption, promoting "high-quality gasoline" for vehicles, saving energy during construction and using environmentally friendly boilers. The country will provide the rewards from the fund instead of providing frequent subsidies. The country did not state how or when the cities and regions would be paid.

Some of China's industries that engage in heavy pollution have emissions standards, but many are not being enforced, according to the AP. Adding to the problem is local governments' tendency to approve pollutant-intensive projects that can generate growth—often what those projects are judged on.

Beijing is off to an early start, announcing this month that it would shut down 300 polluting factories this year and phase out unspecified industries in an effort to improve the city's air according to the  Xinhua News Agency. The city will publish a list of the factories by the end of April. It will also conduct "clean audits" of 200 factories while launching and promoting 50 clean energy projects around the city.

In December, China’s Ministry of Environmental Protection said that 8 million acres of farmland across the country was far too polluted with heavy metals and chemicals to be used to grow food.

A U.S. National Academy of Sciences study suggested that large amounts of pollution that travel from China—and the environmental and health issues they create—stem from the U.S. demand for cheap goods manufactured in China.