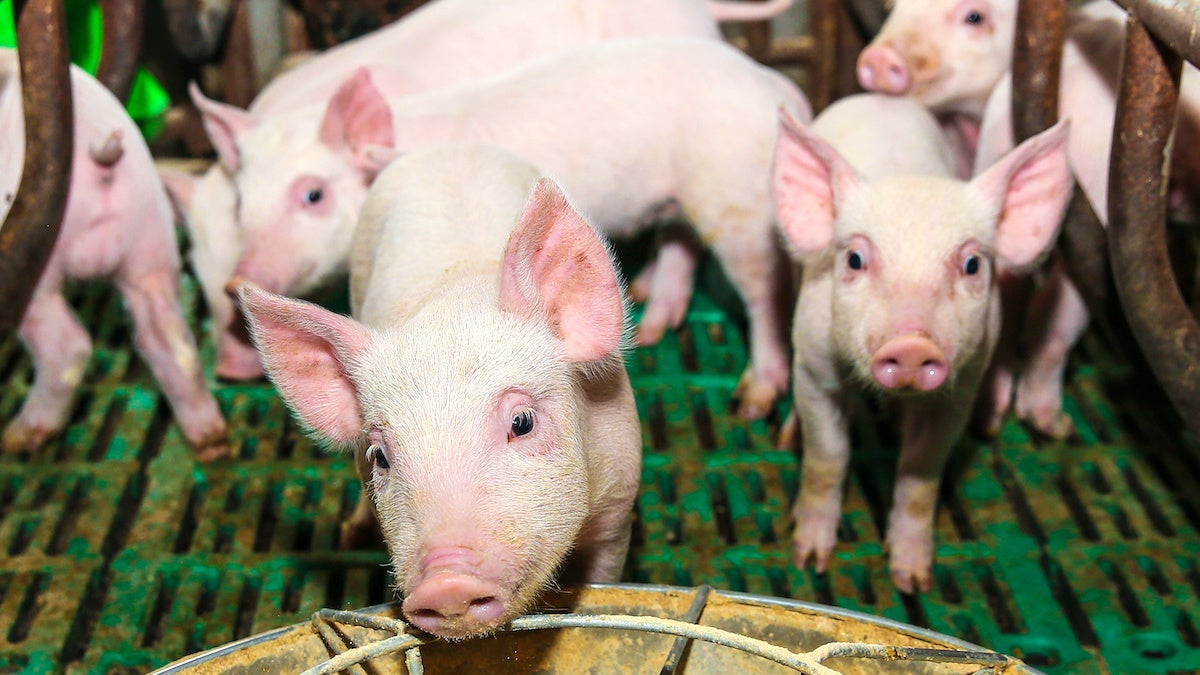 Piglets at a pig farm on May 12, 2020 in Bijie, Guizhou Province of China. Deng Gang / VCG via Getty Images

Scientists in China have identified a strain of H1N1 that is rapidly spreading amongst workers in the country’s pig farms. They warn that the fast spreading strain of swine flu has pandemic potential, if it is not contained quickly, according to The New York Times.

An outbreak of H1N1 caused widespread fear in 2009 when it killed 285,000 people around the world. The new strain is a derivative of H1N1, according to the scientists who published a paper on it on Monday in the scientific journal Proceedings of the National Academy of Sciences (PNAS).

The disease, which researchers called the G4 virus, now shows “all the essential hallmarks of a candidate pandemic virus,” said the study, as CNN reported.

The researchers say that the disease is not yet an immediate problem, but they noted that pig farm workers also showed elevated levels of the virus in their blood, and that “close monitoring in human populations, especially the workers in the swine industry, should be urgently implemented,” as Reuters reported.

Angela Rasmussen, a virologist at Columbia University’s public health school, urged the public to remain calm and not “freak out,” according to CNN.

“Our understanding of what is a potential pandemic influenza strain is limited,” she posted on Twitter. “Sure, this virus meets a lot of the basic criteria but it’s not for sure going to cause a hypothetical 2020 flu pandemic, or even be a dominant strain in humans.”

Chinese researchers based at several institutions, including Shandong Agricultural University and the Chinese National Influenza Center, discovered the G4 virus during a pig surveillance program, according to CNN. Over a seven-year span, from 2011 to 2018, the researchers took more than 30,000 nasal swab samples from pigs in slaughterhouses and veterinary teaching hospitals across 10 Chinese provinces.

Those samples revealed 179 swine influenza viruses, but only a fraction of them posed any concern to the researchers, as several only showed up in a single year while others declined to non-threatening levels.

The strain in question though, G4 EA H1N1, has been common on China’s pig farms since 2016 and replicates efficiently in human airways, according to the study. So far, it has infected some people without causing disease, but health experts worry that means the virus is lurking and mutating into something different and a sudden change can happen without warning, according to The New York Times.

Recent evidence “indicates that G4 EA H1N1 virus is a growing problem in pig farms, and the widespread circulation of G4 viruses in pigs inevitably increases their exposure to humans,” the study said.

“It may be that with further change in the virus it could become more aggressive in people much as SARS-CoV-2 has done,” said Ian H. Brown, the head of the virology department at Britain’s Animal and Plant Health Agency and one of two scientists who reviewed the paper before it was published, in an email to The New York Times.

The good news is that there is no evidence yet that G4 could spread from person to person, the most promising sign so far, according to Carl Bergstrom, a professor of biology at the University of Washington who spoke to CNN.

“This is not a *new* new virus; it’s been very common in pigs since 2016,” he wrote on Twitter. “There’s no evidence that G4 is circulating in humans, despite five years of extensive exposure. That’s the key context to keep in mind.”

Chinese Foreign Ministry spokesman Zhao Lijian told a daily news conference on Tuesday that China was closely following developments. “We will take all necessary measures to prevent the spread and outbreak of any virus,” he said, as Reuters reported.

Whether or not the virus does spread in humans remains to be seen, but it is a reminder that our animal farming practices increase our susceptibility to animal diseases.

“Pig farming is a massive industry in China and pigs can be important hosts from which novel influenza viruses may emerge,” said James Wood, head of veterinary medicine at the University of Cambridge, to CNN. He added that the study was a “salutary reminder that we are constantly at risk of new emergence of zoonotic pathogens and that farmed animals, with which humans have greater contact than with wildlife, may act as the source for important pandemic viruses.”