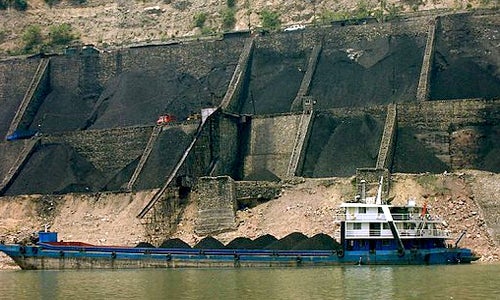 Analysts believe that China—the world’s largest producer and consumer of coal, accounting for almost half of global consumption—could be close to making an abrupt and drastic change of track. 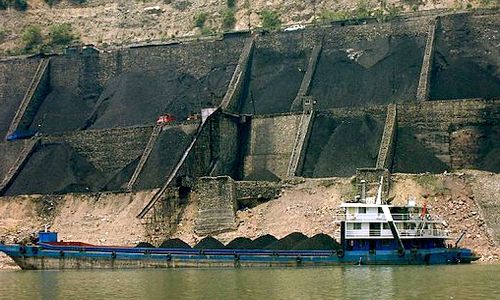 A report by the Carbon Tracker Initiative and the Association for Sustainable and Responsible Investment in Asia (ASrIA) says that when China’s demand for thermal coal (cheap coal burned in power stations to generate electricity) peaks, this will leave up to 40 percent of its coal-fired power generation capacity potentially useless—and that could be in barely five years’ time.

Thermal coal currently provides just under 80 percent of China’s power, the report says, with up to $21 billion USD spent annually on the sector’s assets.

But some forecasts suggest China’s thermal coal demand will peak between 2015 and 2030. The report says that that peak could be reached sooner rather than later—perhaps by 2020. It suggests four possible reasons:

2. Policy responses to the air pollution and water scarcity crises reducing the attractiveness of coal as a fuel.

3. Pilot emissions trading schemes and discussions about a carbon tax increasing the perceived risk to the future cost competitiveness of coal power.

By 2020, the difference between a business-as-usual path and a trajectory towards such an early peak from a combination of these factors equals 56 percent of China’s thermal coal supply in 2012.

Put another way, it represents 437 GW of coal-fired power capacity—40 percent of total capacity in 2020. This shows, the authors say, that there is significant potential “asset stranding”—this happens when an asset has become obsolete and is depreciating—as a result of lower-than-expected demand within China’s thermal coal sector.

The report’s warning is aimed not only at investors in China’s coal industry. It says the changing dynamics of the country’s power sector also pose a risk to international coal exporters who are prepared to bet that China’s apparently insatiable demand for coal will continue.

The authors say that if China’s import demand decreases rapidly, that would require exporters to find another market or be left with stranded assets. They say this risk applies especially to Australian and Indonesia exporters.

The report contains recommendations for investors and policy-makers, and says there is an opportunity for China and other countries to ease the potential disruption and risks associated with stranding assets.

It wants investors and financial institutions with significant assets at risk to be supported in developing a plan of action for managing the stranding process.

Jessica Robinson, ASrIA’s chief executive officer, said: “Investors need to dispel any belief that Chinese coal demand is insatiable, and integrate this transition into their decision-making by stress-testing the relative risks of different future demand scenarios.”

Luke Sussams, Carbon Tracker’s senior researcher and the report’s lead author, said: “Investors in Australian and Indonesian exporters of coal, in particular, must factor much lower Chinese demand into their demand and price forecasts.”

“If China becomes a zero imports market, which is possible, there is a noticeable lack of any viable alternative growth market for seaborne traded coal,” said Sussams. “Where will Australia’s $50 billion USD of thermal coal go instead?”

China aims by 2020 to produce at least 15 percent of its energy from renewable sources. Chinese companies invested $65 billion USD in renewable energy projects in 2012—an increase of 20 percent on 2011 investment—and they plan to spend $473 billion between 2011 and 2015, according to the country’s Five-Year Plan.

In 2011, China was the world’s second-largest wind producer, and it is also investing in solar power, hoping to increase capacity by almost 12 times from 2012 to the end of 2015.