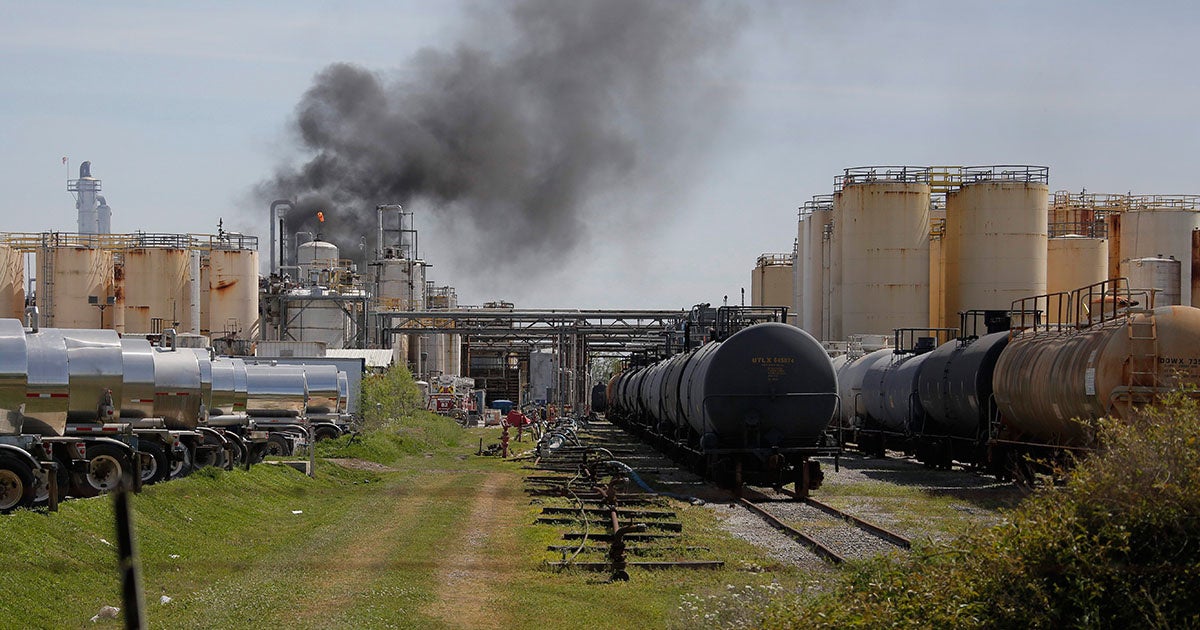 Smoke from a fire Tuesday at a KMCO plant outside Houston, Texas. Xinhua / Lao Chengyue / via Getty Images

One person has died and two have been critically injured in the second fire to break out at a Houston-area chemical plant in little more than two weeks.

The fire started Tuesday at the KMCO plant in Crosby, Texas when a transfer line ignited near a tank of the flammable gas isobutylene, the Associated Press reported. Workers rushed to escape the blaze by climbing over a fence, and a cloud of black smoke billowed into the air.

“It shook everybody’s house around here,” Samantha Galle, who lives about a mile away from the plant, told the Associated Press.

Crosby Plant fire: arriving in the general area. Information is preliminary: schools have sheltered in place, a few pops have been heard, air seems to be moving in Southwest direction. #HouNews pic.twitter.com/jFECk4g8AJ

The incident follows a fire at an Intercontinental Terminals Company (ITC) plant in Deer Park on March 17. That fire did not injure anyone, but it did burn for several days, prompting air quality warnings.

“It is disturbing and it is problematic that we’re seeing this incident in a facility, especially on the heels of ITC,” Harris County Judge Lina Hidalgo said in a media briefing.

The Crosby fire was extinguished after a five-and-a-half hour battle by firefighters, according to the fire marshal’s office. A shelter-in-place order for those within a mile of the fire was lifted around 3 p.m. It had included a mandate that people close windows and turn off air conditioning units, NBC News reported.

“We have not seen any detections at action levels,” EPA on-scene coordinator Matt Loesel told CNN.

The two workers who were injured were taken by helicopter to a hospital.

“Our hearts and prayers go out to the individuals involved, as well as our first responders, employees, and our community,” KMCO president John C. Foley told CNN. “We apologize for any inconvenience to residents in the vicinity. The well-being of our people, neighbors and the environment remain our top priorities.”

However, NBC News reported that the KMCO plant has a history of environmental violations: