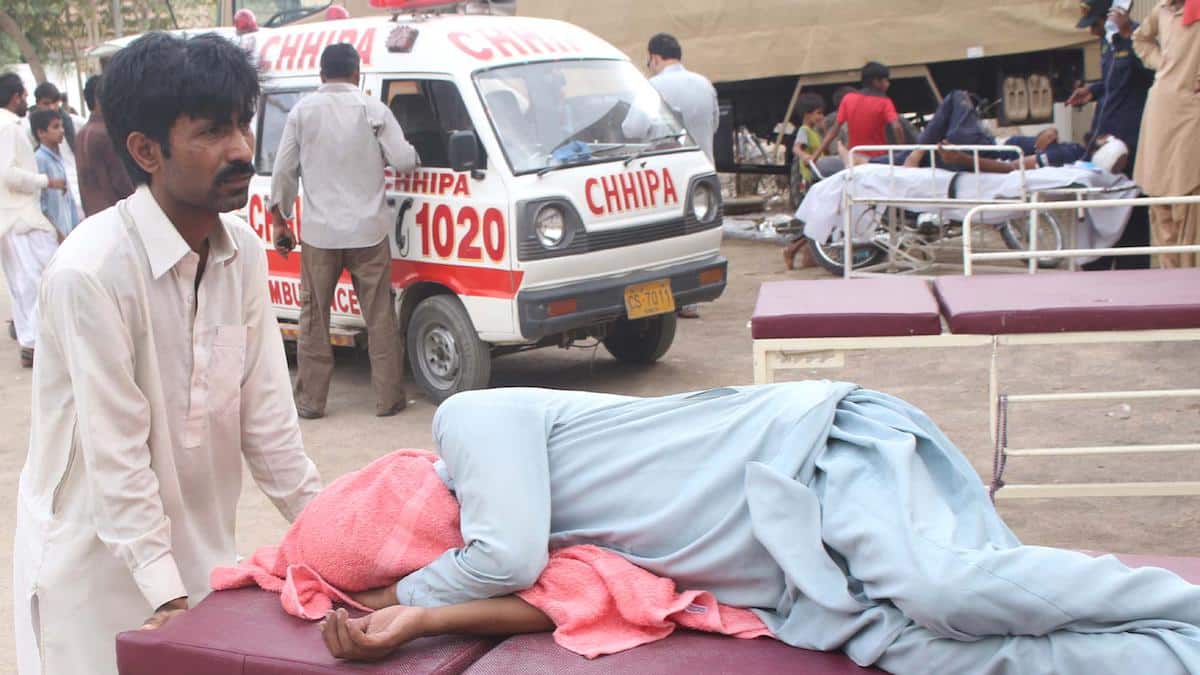 As this summer’s extreme heat waves and floods have made devastatingly clear, the climate crisis is already deadly. And it is likely to get even deadlier if nothing is done to reduce greenhouse gas emissions.

Now, a study published in Nature Communications on Thursday has calculated exactly how many excess deaths we can expect per additional metric ton of carbon dioxide released into the atmosphere. The figure, called the mortality cost of carbon (MCC), estimates that one person will die for every 4,434 metric tons of carbon dioxide in excess of the 2020 emissions rate. To put that in perspective, this is the same amount of emissions generated by 3.5 average U.S. residents over the course of their lives.

“One key takeaway is that there are a significant number of lives that can be saved by reducing emissions,” study author and Columbia University Ph.D. candidate R. Daniel Bressler told NPR.

Using his calculations, Bressler estimated what would happen if we reduce emissions to zero by 2050 and what would happen if temperatures are allowed to rise to four degrees Celsius above pre-industrial levels by the end of the century. The difference between the two, he found, is around 74 million lives.

The study also looked at issues of climate justice between nations. While it only takes 3.5 U.S. residents to emit enough for one death, it would take 25 Brazilians or 146 Nigerians to have the same effect, The Guardian reported. However, Bressler told The Guardian that he was less interested in individual emissions than the policies and infrastructure that surround them.

Specifically, the purpose of the research is to supplement something called the “social cost of carbon,” a tool developed by economist William Nordhaus that calculates the financial cost of emitting a metric ton of carbon dioxide, considering factors such as agricultural productivity, energy use, biodiversity loss and human health. The metric is important because it is often used to help make policy decisions, and Bressler found it would be even higher if his MCC is taken into account.

“Nordhaus came up with a fantastic model but he didn’t take in the latest literature on climate change’s damage upon mortality, there’s been an explosion of research on that topic in recent years,” Bressler told The Guardian.

Nordhaus’ model would put the 2020 social cost of carbon at $37 a metric ton. But Bressler found it increased by more than six times, to $258 a metric ton, when his mortality calculations were factored in. That means Bressler’s tool could be a part of deciding whether or not to build a new coal plant, for example, considering that emissions from the average U.S. coal plant will cost 904 lives by the end of the century.

“It could well have a significant impact on climate change policies,” New York University School of Law professor Richard Revesz, who was not involved with the research, told The New York Times of Bressler’s figure.

There are still many uncertainties involved with the measurement, however. For one thing, Bressler based his calculations only off of excess heat deaths and did not include deaths from other extreme weather events, crop failures, civil unrest or the air pollution associated with greenhouse gas emissions, according to The New York Times and The Guardian. That means the true MCC could be either higher or lower.

“Based on the current literature,” he told The New York Times, “this is the best estimate.”