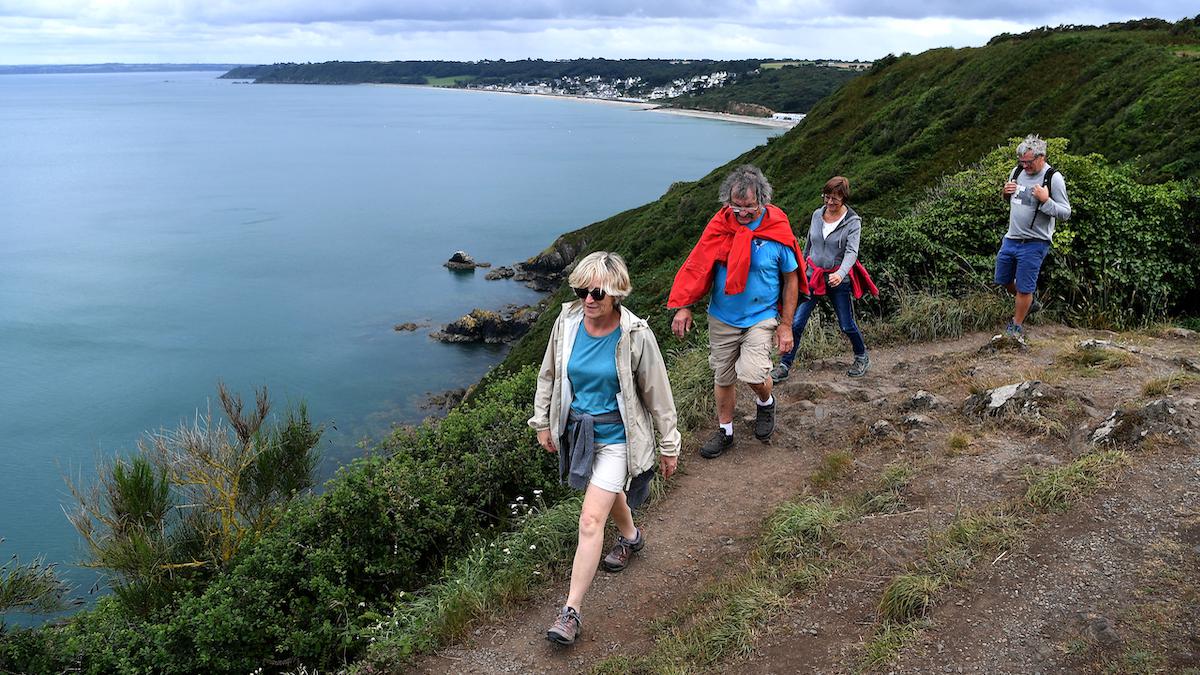 With the pandemic, many people have been vacationing closer to home, bringing down the carbon cost of getting away. And even those covering long distances are increasingly trying to reduce their environmental impact — perhaps by taking the train instead of flying.

But sometimes what looks like an eco-friendly choice isn’t as harmless as it seems. Here’s some advice from the experts on how to visit the world’s beauty spots without contributing to their destruction.

Be Careful Where You Camp

In much of Europe, wild camping is forbidden, and even in places like Scandinavia and the Baltics where it is permitted, overnight stays in nature reserves or national parks are not allowed. And for good reason, says Hanspeter Mayr of Germany’s Sächsische Schweiz National Park.

“Even if wild campers don’t make campfires or lots of noise and take all their trash away with them, they still can be disruptive,” he said. “Animals can see, smell and hear people much more easily than we imagine, so the mere presence of humans can cause some animals to avoid a habitat.”

Because campers in “recreational vehicles” (RVs) mostly tend to prefer secluded spots with a great view, or near a river, word of these prized locations gets around on digital platforms. “The impact on nature quickly becomes apparent, for instance when campers wash themselves in creeks,” leaving soaps that can disrupt ecosystems, Mayr explained.

And outdoor toileting is a problem, too, according to Mayr: “When a lot of people urinate in the same spot over and over again, it has the effect of overfertilization, which significantly impairs the ecosystem.” The same is true for feces, he continued. And again, it’s pretty off-putting for the locals: “Because of the smell, for animals, these places are ‘human territory’ to be avoided.”

In Germany, caravaning is booming. The German Caravaning Industry Association says nearly 63,000 motorhomes and caravans were newly registered just in the first half of 2021. But there aren’t enough official sites for them. According to a study by market research institute Puls, in 2019 there were already around five times as many registered recreational vehicles as parking pitches for them in Germany.

But there are alternatives to overcrowded campsites that don’t encroach on wild habitats. There are now online platforms where farmers and those with suitable gardens can offer a place to pull up, or pitch a tent, with basic facilities such as toilets and trash cans provided.

Striking out alone may feel like a good way to get close to nature, but Petra Thomas of Forum Anders Reisen, an industry group for sustainable tour operators, says independent itineraries tend to have a bigger environmental footprint than package tours. “Tourism always has the least negative impact when it is properly managed, but that’s just not possible with individual tourism,” Thomas said.

Tourists on organized trips save on emissions by sharing transport, she points out. And insider tips shared by independent travelers can lead to real problems when off-the-beaten-track beauty spots in places like Asia become hot destinations overrun with backpackers.

Too many people vacationing in the same place at the same time consumes a lot of energy and resources. In some cases, local water supplies can even run dry.

But for those determined to go it alone, arriving by train and then getting around using local public transport can help. Don’t hire a car, and shop for local produce to help the local economy. And in the long run, staying in remote areas can at least avoid boosting demand for ever-more megahotels in popular coastal areas.

Don’t Let Your Dog — or Kiteboard — Bother the Birds

Another trend that’s seen a boost during the pandemic is day tripping, with picturesque coasts in particular drawing crowds.

Anja Szczesinski at the WWF’s Wadden Sea office says a deluge of tourists to the North Sea hasn’t been much fun for local wildlife. “There are many more guests coming to the North Sea who are not familiar with the rules there and, for example, let their dogs run free without a leash,” scaring off roosting birds, she explained.

Water sports enthusiasts who surf too close to breeding spots cause the same problems. “If the birds are startled too often, it costs them a lot of energy,” and that can leave them too exhausted to make seasonal migrations, Szczesinski said.

Check Your Route and Take Home Your Trash

Exploring the wilderness on foot might seem like the ideal way to connect with nature without causing harm. But hikers do unintentional damage, too.

A survey by the German Hiking Association found that over half of hikers noticed more trash and a higher volume of traffic along hiking routes last year. And just as Insta-perfect views can draw crowds to previously peaceful environments, apps and online platforms that allow hikers to share their routes can have negative impacts on nature.

“The problem is when routes end up being shared that might run through sensitive natural areas that explicitly should not be entered, such as breeding grounds,” said WWF tourism expert Martina von Münchhausen.

She would like to see such platforms automatically filter out routes that trespass on such areas. But that’s not easy.

In Germany alone, there are around 250,000 protected zones, each with its own rules and regulations, explains Neele Larondelle, who is responsible for protected area management at the National Natural Landscapes Association (the umbrella organization for Germany’s national parks, biosphere reserves and certified wilderness areas).

National parks usually have signs showing which areas are off-limits. But Larondelle says they should also be available online to help people plan their hikes. That is why her association is working with other nature conservation groups and representatives from outdoor sports and vacation spots to “digitize the rules for using nature.”

“We want to create a standard user interface that each park can then populate with its own regulations,” she says. The data will also be freely available to other platforms and apps.

Larondelle believes most people getting out there to explore nature also want to protect it — but they don’t necessarily know how. “It’s our job to make them aware,” she says.

This article was translated from German.