California Set to Require Solar on Most New Homes 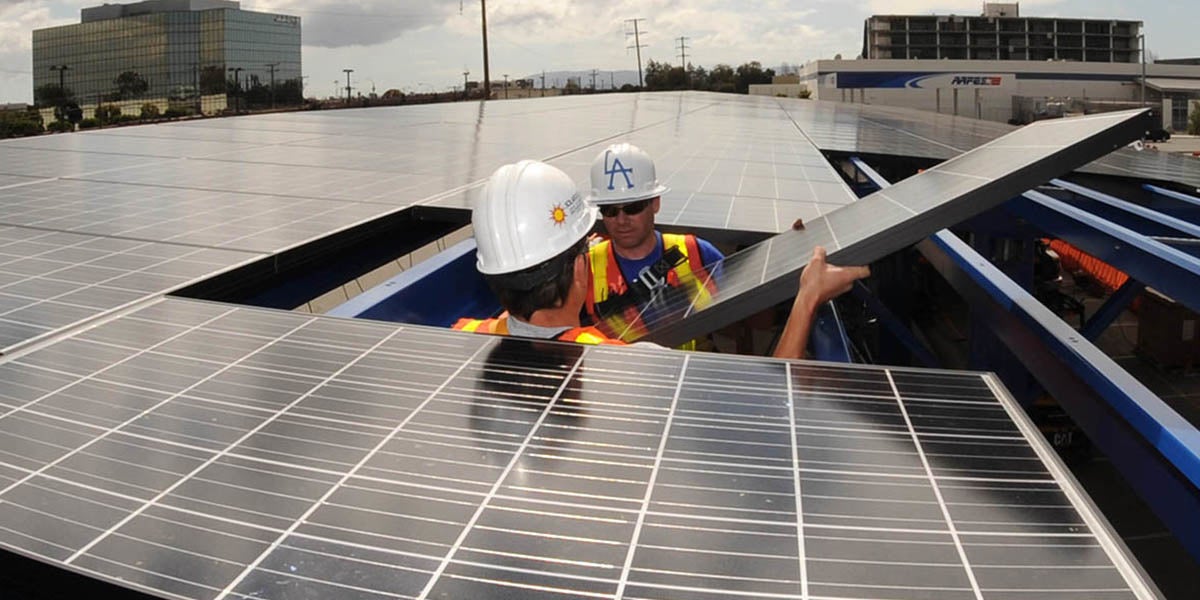 California could become the first state in the country to require
solar panels on most new homes.

The state’s energy commission will vote on the new standard on Wednesday, May 9 and they are expected to approve it, the Orange County Register reported.

If approved, the mandate would apply to all houses, condos and apartment buildings up to three stories tall that obtain building permits after Jan. 1, 2020. The exception will be for homes that are shaded by trees or buildings or have a roof too small to accommodate solar panels.

The plan will not require the home to reach “net-zero” status, which means the total amount of energy consumed is equal to the amount of
renewable energy created. But homebuilders who install a battery, like a Tesla Powerwall, will get a “compliance credit” that allows them to further reduce the size of the solar array.

The standards could add $25,000 to $30,000 to the construction costs compared with homes built to the 2006 code, C.R. Herro, the vice president of environmental affairs for Meritage Homes, told the Orange County Register. Herro added that the homeowner will save an estimated $50,000 to $60,000 in reduced operating costs over the solar system’s 25-year lifespan.

However, critics warn the new mandate could worsen the state’s housing shortage by making homes more unaffordable. Other detractors argue that the proposal does not go far enough, and that California should mandate net-zero homes.

The Golden State, with
19.8 gigawatts of solar PV capacity, is the nation’s undisputed solar champion (it has five-times the capacity of second-ranked North Carolina.) About 15 to 20 percent of new single-family homes in California currently include solar installations.

Two years ago, San Francisco became the first major city in the U.S. to require all buildings 10 floors or less to designate at least 15 percent of the rooftop for solar use. The famously green metropolis was following in the footsteps of the smaller towns Lancaster and Sebastopol. The municipalities, which are also in California, passed similar mandates in 2013.

California has emerged as an environmental warrior in recent years. California Attorney General Xavier Becerra, Gov. Jerry Brown and the California Air Resources Board are leading a coalition of 17 states and the District of Columbia
in suing the Trump administration for blocking greenhouse gas emissions standards for vehicles that aimed to reduce air pollution and curb U.S. drivers’ contributions to the global climate crisis.