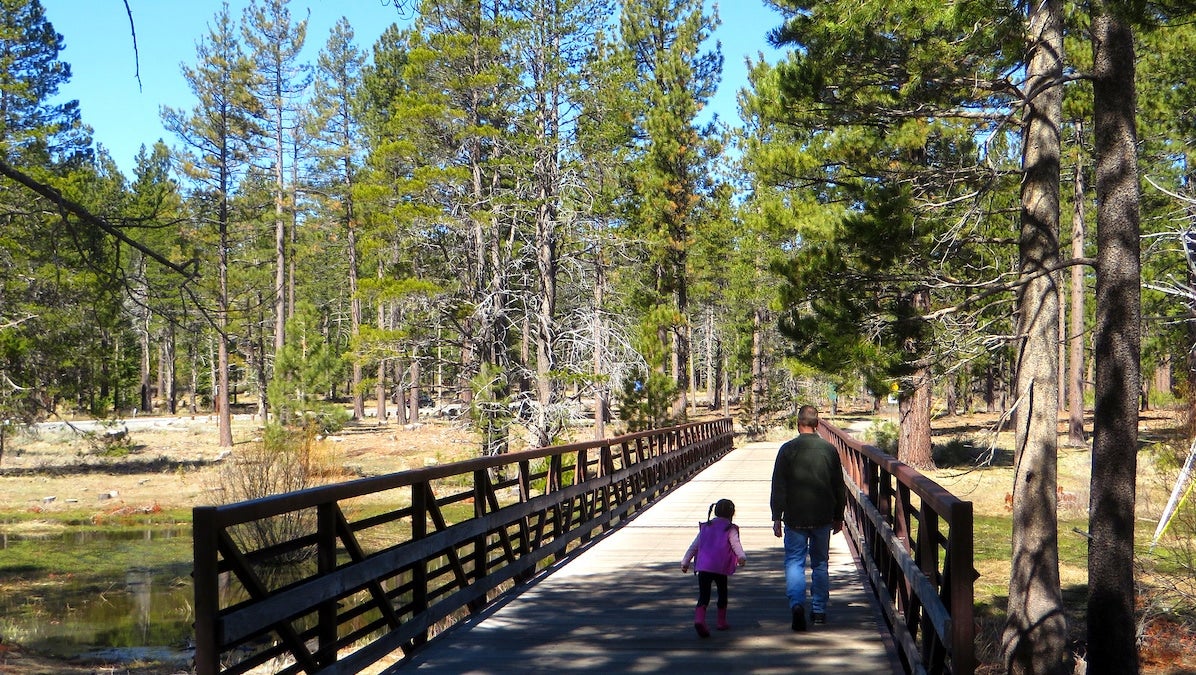 A hiking enthusiast diagnosed with plague may have been bitten by an infected flea while walking their dog along the Tahoe Keys area in South Lake Tahoe, California. Ken Lund / Flickr

A California resident has been diagnosed with plague, the state’s first case of the deadly disease in five years.

The patient is a hiking enthusiast and South Lake Tahoe resident whom public health officials think may have been bitten by a flea while walking their dog, El Dorado County Health and Human Services reported Tuesday.

“Plague is naturally present in many parts of California, including higher elevation areas of El Dorado County,” El Dorado County Public Health Officer Dr. Nancy Williams said. “It’s important that individuals take precautions for themselves and their pets when outdoors, especially while walking, hiking and/or camping in areas where wild rodents are present. Human cases of plague are extremely rare but can be very serious.”

Officials think the patient contracted the disease while walking along the Truckee River Corridor north of Highway 50 or the Tahoe Keys area in South Lake Tahoe. The patient is currently recovering at home.

The news comes about two weeks after a New Mexico man died from septicemic plague, CNN reported at the time. It was the second case of the plague reported in New Mexico this year.

Plague is caused by the bacterium Yersinia pestis, according to the Centers for Disease Control and Prevention (CDC). Humans usually contract it after handling an infected animal or being bitten by a rodent flea that carries the bacterium. While it is infamous as the disease responsible for the Black Death that killed 50 million people in Africa, Asia and Europe during the 14th century, it can now be treated effectively with antibiotics if diagnosed promptly.

Plague was first introduced to the U.S. from rats arriving on steamships in 1900. The last urban epidemic was in Los Angeles in 1924 and 1925. Since then, it has passed to rural rodent populations in the Western U.S., and most U.S. cases now occur in two Western regions: northern New Mexico, northern Arizona, and southern Colorado or California, southern Oregon, and far western Nevada. There are an average of seven U.S. cases each year.

The last time plague was reported in California was in 2015, when two visitors to Yosemite National Park were infected by contact with either rodents or fleas, The Associated Press reported. They both recovered.

Around 20 ground squirrels and chipmunks were exposed to plague in the South Lake Tahoe area between 2016 and 2019, however.

To protect themselves from plague, El Dorado County officials recommend that residents avoid contact with wild rodents, tuck long pants into boots and spray their cuffs and socks with repellent to avoid flea bites, keep pets away from wild rodents and protect pets with flea products, among other measures. Anyone who becomes sick after spending time in an area where plague is present should contact a doctor. Symptoms include fever, nausea, weakness and swollen lymph nodes and usually emerge within two weeks of exposure.