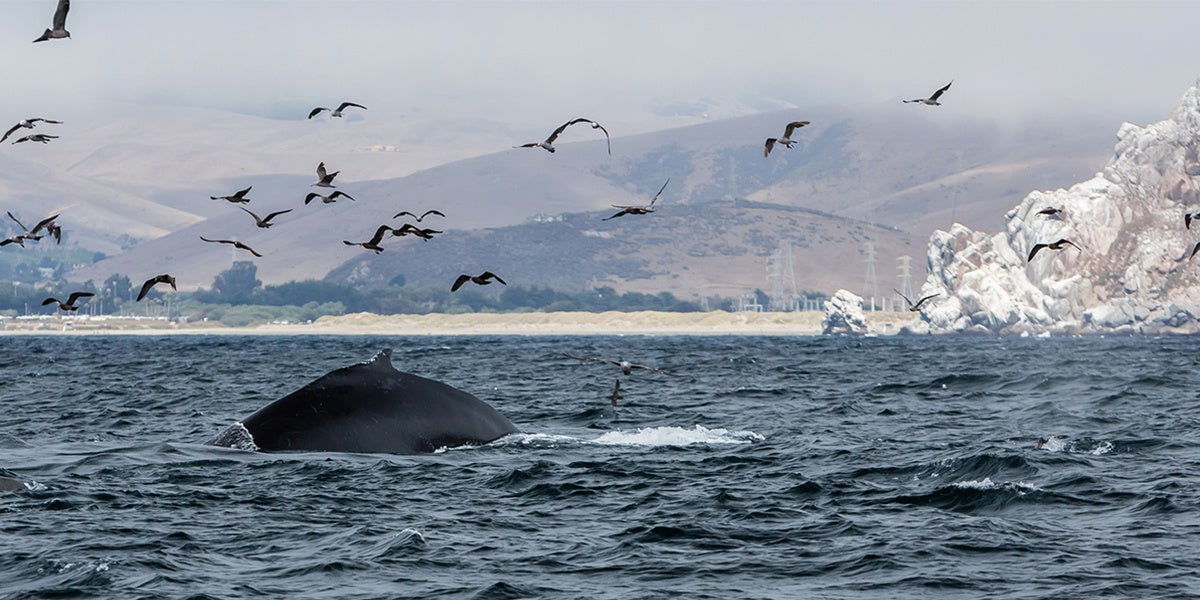 At least 65 California cities and counties have taken action opposing new fossil fuel leasing in the Pacific Ocean since President Trump proposed a massive expansion of drilling in federal waters last year. That ongoing campaign now represents communities with 21.3 million Californians—more than half the state’s population.

These actions, combined with recent public opinion polling showing that 69 percent of Californians oppose new offshore drilling, come as the California Legislature considers Assembly Bill 1775 and Senate Bill 834, which would prohibit new infrastructure to serve expanded federal offshore oil leasing. Members of the Coalition to Protect the Pacific have supported a campaign, which will continue through the fall as the Trump administration works on the next draft of its offshore leasing plan.

“We need to protect our beautiful South Bay as well as the health of the residents who live and work near the coast and the marine environment. A.B. 1775 will do just that by prohibiting the State Lands Commission from approving any new leases for pipelines, piers, wharves or other infrastructure needed to support new federal oil and gas development in the three-mile area off the coast that is controlled by the state,” said Assemblymember Al Muratsuchi (D-Torrance), sponsor of A.B. 1775.

The movement to protect the Pacific gained momentum following the Jan. 4 release of the administration’s draft leasing plan, which proposes lease sales in almost all federal waters. That would include the first fossil fuel leases in the Pacific in more than 30 years. The California League of Cities has also officially endorsed the state’s efforts to protect its coast.

“California communities reject offshore drilling and are building a wall of opposition to Trump’s reckless agenda. It’s inspiring to watch community leaders rise up to protect the Pacific from dangerous drilling,” said Blake Kopcho, an organizer at the Center for Biological Diversity. “We won’t let Trump and his corrupt cronies pollute our coastline with oil spills and toxic fracking chemicals.”

At least 54 cities or counties have passed resolutions opposing the offshore drilling expansion and 11 have sent formal letters of opposition, while another two community advisory bodies have also recommended against issuing new leases or fracking permits.

“Californians are adamantly opposed to new oil drilling off our coast,” said Linda Krop, chief counsel at the Environmental Defense Center. “As we were reminded in 2015, if new oil development is allowed off our coast it is not a question of if, but when, another disastrous oil spill will damage our environment and economy.”

Most of the California resolutions and letters call for:

“It would be a travesty if the federal administration succeeds in re-opening West Coast waters to expanded offshore drilling, at the risk of coastal communities, economies, and ocean wildlife,” said Ashley Blacow, Pacific policy and communications manager with Oceana. “Cities and counties across the West Coast are forming a united front sending a clear message to Washington, DC that our coast is not for sale.

The Coalition to Protect the Pacific, a collection of environmental groups, indigenous tribes and local businesses, has worked with local activists in cities and counties along the West Coast to pass resolutions and letters opposing Trump’s proposed expansion of offshore drilling.

The last offshore lease in federal waters off California was in 1984, but Trump’s order seeks to renew the leasing program. There are more than 30 offshore drilling platforms and islands and hundreds of miles of underwater oil and gas pipelines off California’s coast. Oil companies conduct fracking from some of the offshore wells using chemicals toxic to wildlife and the public.

Separate lawsuits filed by the state of California, Environmental Defense Center and the Center for Biological Diversity challenging the federal government’s approval of offshore fracking are pending in federal district court.