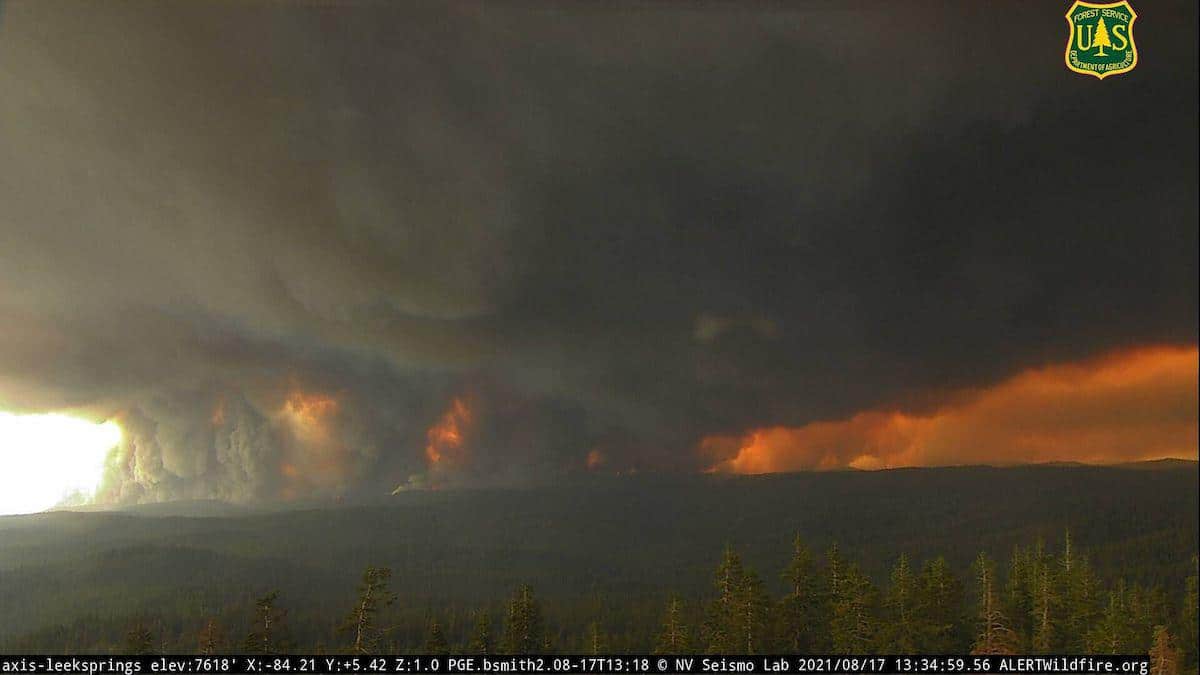 The Caldor Fire, which ignited over the weekend, exploded nearly five-fold to roughly 30,000 acres Tuesday, incinerating much of the 1,200-person town of Grizzly Flats.

At least two people with serious injuries were airlifted to hospitals from the Grizzly Flats area and about 22,000 residents have been forced to evacuate.

“It’s a pile of ash,” Derek Shaves, who evacuated but was able to reenter the town after the fire had passed through, told the AP. “Everybody[‘s house] on my block is a pile of ash and every block that I visited — but for five separate homes that were safe — was totally devastated.”

The only thing left of Walt Tyler Elementary School was a metal playground structure, save for the plastic slide melted away by the fire. Strong winds, and the underlying megadrought, fueled the conflagration and the National Weather Service has issued red flag warnings for much of North California and Nevada citing the perilous trifecta of low humidity, extremely dry vegetation, and strong wind. The Caldor Fire was 0% contained Tuesday evening.