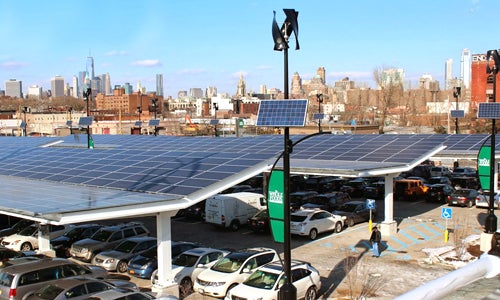 The outside of the newly opened Whole Foods on Brooklyn, NY’s Gowanus Canal contains more examples of renewable energy and efficiency than some companies have throughout their entire operations.

UGE says the streetlights and charging stations both produce more energy than they require, reducing energy consumption at the supermarket. 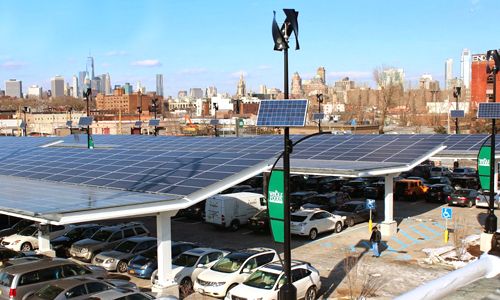 “Taking advantage of the smart grid regulations available in New York State, UGE’s power systems contribute to the store’s microgrid—feeding energy to the electrical grid and taking only when needed,” the company said in a statement.

A 324-kilowatt (kW) solar array covers much of the parking lot and is expected to offset nearly 30 percent of the 56,000-square-foot building’s electricity use, or 380,400 kW hours from the grid, Earth Techling estimates. Additionally, a 157-kW combined heat and power system can provide heating and chilled water throughout the year and during grid failures.

“We’re about 60 percent more efficient than any other grocery store in the U.S.,” according to a statement from Whole Foods’ Green Mission Team.” We’re going to be saving about 2.5 million kWh a year, which is equivalent to taking about 360 cars off the road annually.” 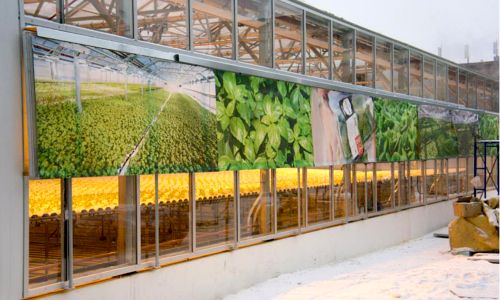 The Greenhouse, still in construction, will be complete in early 2014. Photo credit: Whole Foods on Facebook

The location, which also has solar carports, features a 20,000-square-foot rooftop hydroponic greenhouse to be run by Brooklyn-based Gotham Greens in 2014. The company will provide fresh vegetables throughout the year.

The store is on the Gowanus Canal, where the U.S. Environmental Protection Agency will attempt to reverse the trend of “more than 150 years of industrial waste, storm water runoff and sewer overflows” with a $506 million cleanup plan announced in September.