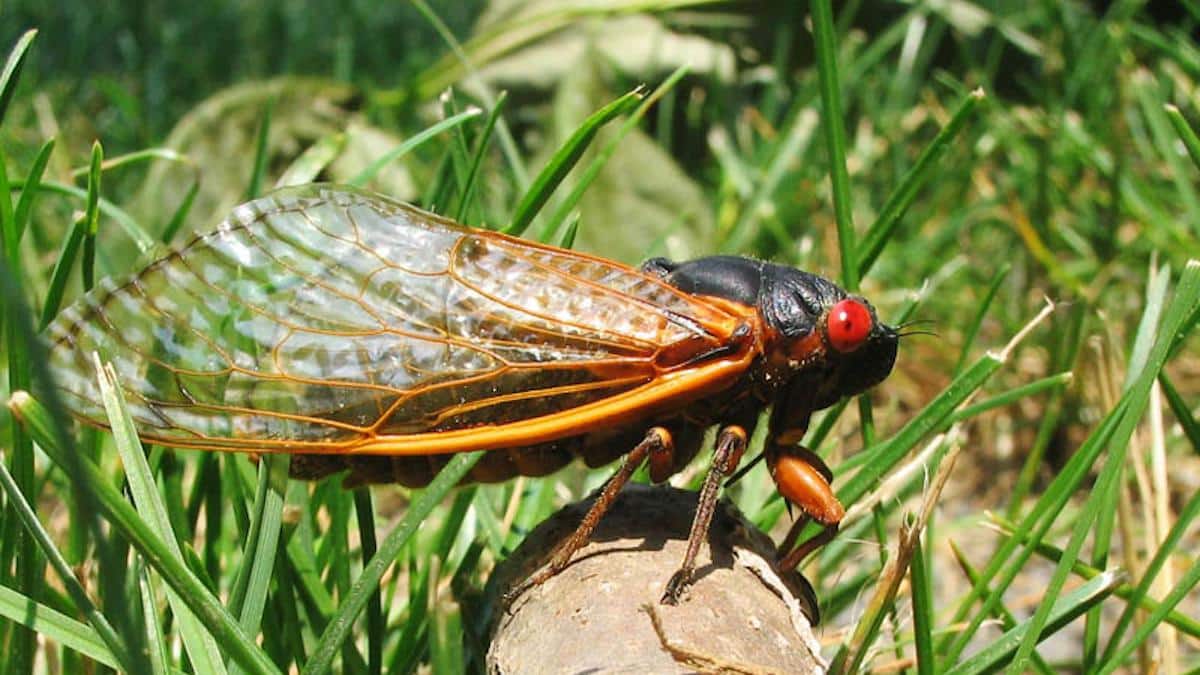 Brood X, the largest and most widespread colony of cicadas in the U.S., is due to emerge from their 17-year hibernation, Michigan State University entomologist Gary Parsons explained. The bugs typically emerge as early as mid-May, and the sound of their mating can reach 100 decibels, Newsweek reported. And there will be lots of them.

“Densities can be as great as 1.5 million per acre. So, between Georgia and New York there will surely be trillions emerging,” emeritus professor of entomology at the University of Maryland and Entomological Society of America fellow Michael J. Raupp told Newsweek.

The cicadas are due to emerge in Delaware, Georgia, Illinois, Indiana, Kentucky, Maryland, Michigan, North Carolina, New Jersey, New York, Ohio, Pennsylvania, Tennessee, Virginia, West Virginia and Washington, DC for the first time since 2004. They will begin to emerge once the ground hits 64 degrees Fahrenheit, usually between mid-May and late June. They will be above ground mating and laying eggs for about five to six weeks, CBS News reported. Then the nymphs will dig into the ground to suck tree roots for another 17 years, Parsons explained.

The brood’s large numbers and long hibernation period is part of an evolutionary strategy millions of years old.

“It is thought that by having the longlife cycles, cicadas have prevented predators from specifically targeting them for food. Then by emerging in the millions all at once, they are too numerous for any predators that do eat them from ever wiping them out. There are so many of them that lots of them will always survive,” Parsons said.

In addition, the long hibernation times helped the cicadas avoid unseasonably cold summers, CBS News explained. In the Pleistocene Epoch, 1.8 million years ago, summers could be much colder in the Eastern U.S. But cicadas can’t survive above ground for long if the temperature stays below 68 degrees Fahrenheit. So they evolved to emerge infrequently to reduce their chances of hitting a cold snap.

Brood X isn’t the only cicada brood in the country. There are other broods with 13 or 17 year cycles, as well as annual cicadas with three to four year cycles, Parsons said. Many of them have been impacted by recent environmental changes.

“In the long ago past, it is likely the different broods were more widespread geographically,” he said. “It is likely that urbanization, widespread commercial farming and other factors have reduced and limited them over the years. You take away the trees and shrubs in forests and they don’t have the roots to feed on. Fortunately, they have adapted well to using street trees, parks and yard trees as their hosts and can still survive in urbanized areas.”

This can be a nuisance for some and a dramatic sight for others, but the cicadas are not dangerous. They do not bite, spread disease or eat crops, CBS News pointed out. They also are not poisonous to pets, though sometimes dogs will eat so many of them that they get sick, Parsons said.

The one thing that they do harm is newly-planted trees.

“Don’t plant next spring, because these trees are going to simply get hammered next year when those cicadas show up,” Raupp told WTOP News in 2020.

Raupp said any trees planted in 2020 could also be in danger. If you did plant last year, Raupp said to protect the young tree with netting and not to use pesticides.

Once the trees are taken care of, Raupp encouraged people to enjoy the spectacle.

“[T]his is a wonderful opportunity for millions of people to witness and enjoy a remarkable biological phenomenon in their own backyard that happens nowhere else on the planet, truly a teachable moment,” he told Newsweek.