Brazil Experts: A ‘Genocide Is Underway’ Against Uncontacted Tribes 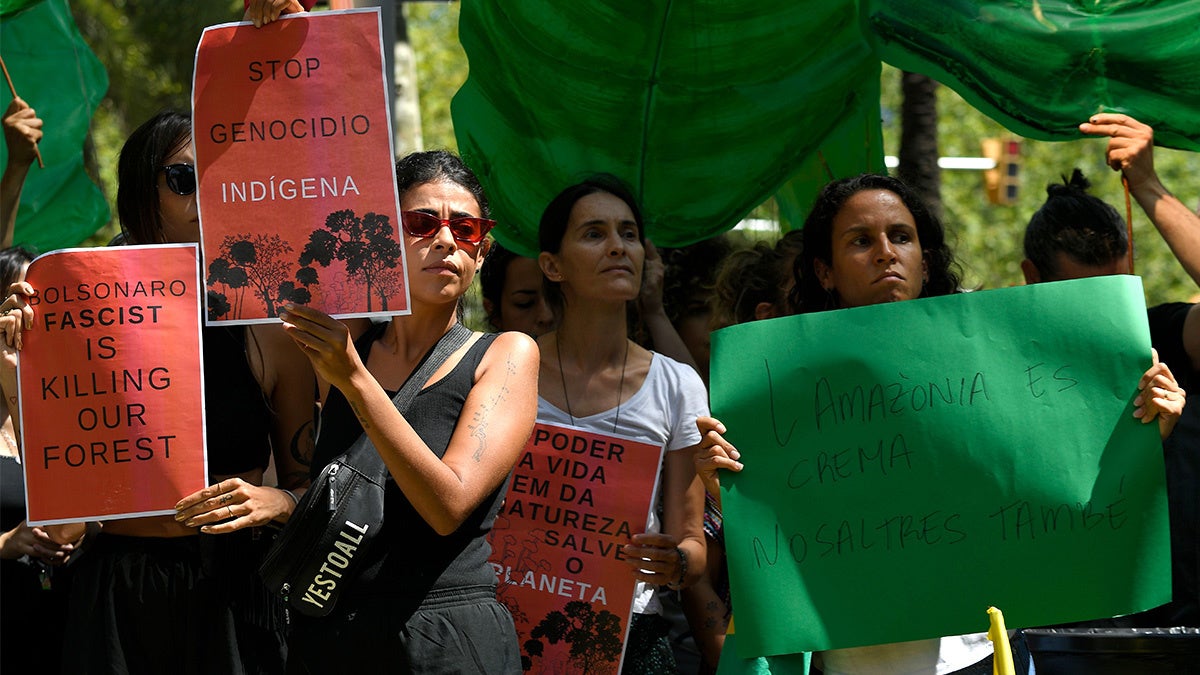 In an open letter to Brazilian society and right-wing President Jair Bolsonaro, a group of experts warned that a “genocide is underway” against uncontacted tribes because of Bolsonaro’s efforts to strip away Indigenous peoples’ rights and lands and open up more of the Amazon rainforest to agribusiness and mining.

The letter, released in Portuguese on Friday, came after Bruno Pereira was dismissed last week as the coordinator for uncontacted tribes at FUNAI, the Brazilian government agency for policies relating to Indigenous peoples. Signatories include previous coordinators at FUNAI, Indigenous people and field workers.

The human rights group Survival International translated some of the letter into English and circulated it online Monday:

The experts are “extremely worried” that Pereira has been sacked “for no apparent technical reason,” and that his dismissal “represents yet another backwards step in the policy to protect uncontacted tribes.” They note that “this upheaval will provoke the genocide of uncontacted and recently contacted Indigenous peoples.”

Survival International’s advocacy director, Fiona Watson, pointed out that “for decades, Brazil has led the way in the protection of uncontacted tribes’ lands, recognizing that they’re the most vulnerable peoples on the planet.”

“But President Bolsonaro is clearly intent on completely dismantling this work, and wants to open up indigenous territories across Brazil to loggers, miners and ranchers,” she said. “He doesn’t care how many Indigenous people die in the process, and has openly expressed his racist contempt for them on many occasions.”

“This is a pivotal moment for the future of uncontacted tribes, and therefore for all humanity,” Watson concluded. “Either people around the world stand shoulder to shoulder with the Indigenous peoples fighting for their very survival, or we watch as genocide is committed in front of our eyes.”

Last week saw not only Pereira’s dismissal but also, as The Guardian noted, an announcement from Bolsonaro’s mining minister, Bento Albuquerque, that “draft legislation to allow mining and agriculture on Indigenous lands should be ready later this month.”

According to the newspaper, which reported on the experts’ letter Monday:

Pereira said he could not comment on the reason for his dismissal as he didn’t have any information about it. He said FUNAI should be the ones to explain why he was fired.
“Isolated Indigenous people are extremely vulnerable. They don’t have political support; they don’t speak with journalists or other Indigenous groups,” Pereira said.
FUNAI described Pereira’s dismissal as part of a management restructuring to “optimize work in progress.” His replacement, Paula Wolthers de Lorena Pires, is an anthropologist and Indigenous specialist.

José Carlos Meirelles, a signatory of the letter who pioneered FUNAI’s “no contact” policy, told The Guardian that “it’s almost as if this government has a rule: to remove dedicated and competent people and put incompetents in their place.”

Reporting on the letter came as Pope Francis delivered a speech Monday as part of a three-week synod that began at the Vatican Sunday to address religious and environmental issues in the Amazon region. The Associated Press reported that Indigenous people from several regional tribes as well as more than 180 South American cardinals, bishops and priests have traveled to the Vatican for the meeting.

One of the experts invited to the synod, United Nations Special Rapporteur Victoria Tauli-Corpuz, told the AP that deforestation is leading to violence against Indigenous people. As she put it, “If we refuse to surrender our territories for cattle ranchers and soybean farms—two of the main drivers of deforestation in the Amazon—we are often labeled criminals, illegals, or terrorists.”

Based on data from FUNAI, Brazil has more uncontacted tribes than any other country. A recent report from Brazil’s Missionary Indigenous Council found at least 160 cases of “possessive invasions, illegal exploitation of natural resources [and] damage to heritage” on Indigenous lands since Bolsonaro took office for his first term in January. That figure compared with 111 recorded cases for all of 2018 under Bolsonaro’s predecessor.

When those findings were released on Sept. 24, the AP reported that Catholic priest Roque Paloschi, who heads the council, said in a press conference that Bolsonaro’s “aggressive rhetoric fuels violence against Indigenous land and peoples.”

The council’s report was released the same day that Bolsonaro gave his first speech to the U.N. General Assembly — during which he reiterated some of his common messages about Indigenous people in Brazil and claimed that his government “is solemnly committed to environmental preservation and sustainable development,” despite mounting global concern and criticism over the summer surge in deforestation and fires in the Amazon rainforest.

“As expected, Bolsonaro’s speech at the United Nations has doubled down on division, on nationalism, and on ecocide,” the Brazilian Climate Observatory said at the time. “Bolsonaro’s policies bring an immediate risk to all humankind.”