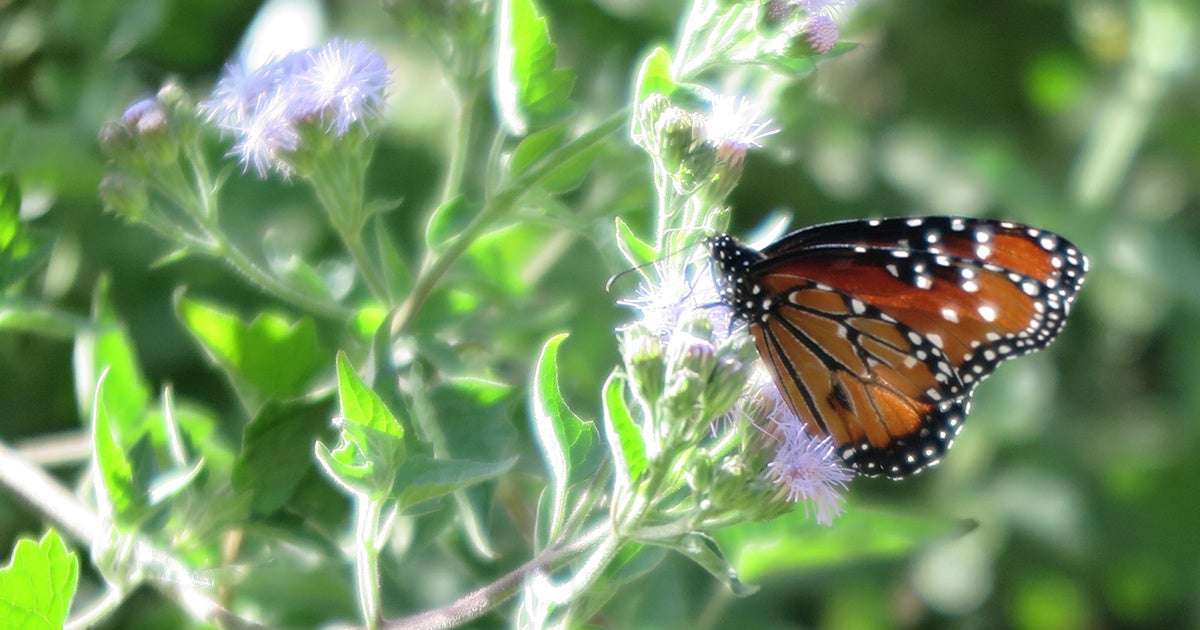 A butterfly in the National Butterfly Center, a private sanctuary for butterflies in southern Texas, on Jan. 22. Maren Hennemuth / picture alliance / Getty Images

While Trump’s border wall has yet to be completed, the threat it poses to pollinators is already felt, according to the National Butterfly Center in Mission, Texas, as reported by Transmission & Distribution World.

Earlier this year, EcoWatch reported that construction equipment showed up around the center, ready to bulldoze more than 70 percent of the butterfly sanctuary’s 100 acres, which more than 200 species of butterflies call home.

The National Butterfly Center is not only home to butterflies but also to various species of bees, including some only found around the Rio Grande in southern Texas and northern Mexico. A team of wildlife photographers and scientists documented the wild bees found in the butterfly center that will be displaced if the border wall is constructed. They photographed some species that have never been seen before in the U.S.

“Many of these bees range no more than a few hundred yards from their nests in a lifetime, and so the National Butterfly Center is the only home they’ve ever known,” said Paula Sharp, a lead photographer on the project, to the Revelator. She noted that the butterfly center is safe zone for pollinators since it is ecologically pristine — that is, it is free from pesticides, erosion, invasive species and habitat destruction, which is found in nearby areas of the Lower Rio Grande Valley.

“Bees are central to every habitat because they are the pollinators that sustain the plants that feed birds, mammals and other creatures,” Sharp said, according to the Revelator. “If you destroy the bees, you do irreparable harm to the environment.”

EcoWatch reported earlier this year that “the butterfly center’s fate was sealed in December when the Supreme Court declined to hear a case brought by the Center for Biological Diversity, the Animal Legal Defense Fund and Defenders of Wildlife to appeal a federal court decision that the Trump administration can waive 28 environmental laws including the Endangered Species Act, the Safe Drinking Water Act, the Native American Graves Protection and Repatriation Act, in order to build 33 more miles of wall, including the section that runs through the refuge.”

The threats to the environment extend beyond just the National Butterfly Center and continue to the Lower Rio Grande Valley National Wildlife Refuge, 98,000 acres of federally protected land. The 300-mile wildlife corridor in South Texas is home to 17 threatened or endangered species, more than 530 species of birds, 330 butterfly species and 1,200 types of plants. It’s one of the most biodiverse places in North America, according to Yale Environment 360.

“Whatever they build, it’s going to be destructive to natural habitat,” said Bob Dreher, an attorney who heads Defenders of Wildlife conservation programs, as National Geographic reported. “It’s about the physical reality of what a permanent barrier will do in one of the most sensitive landscapes in North America.”