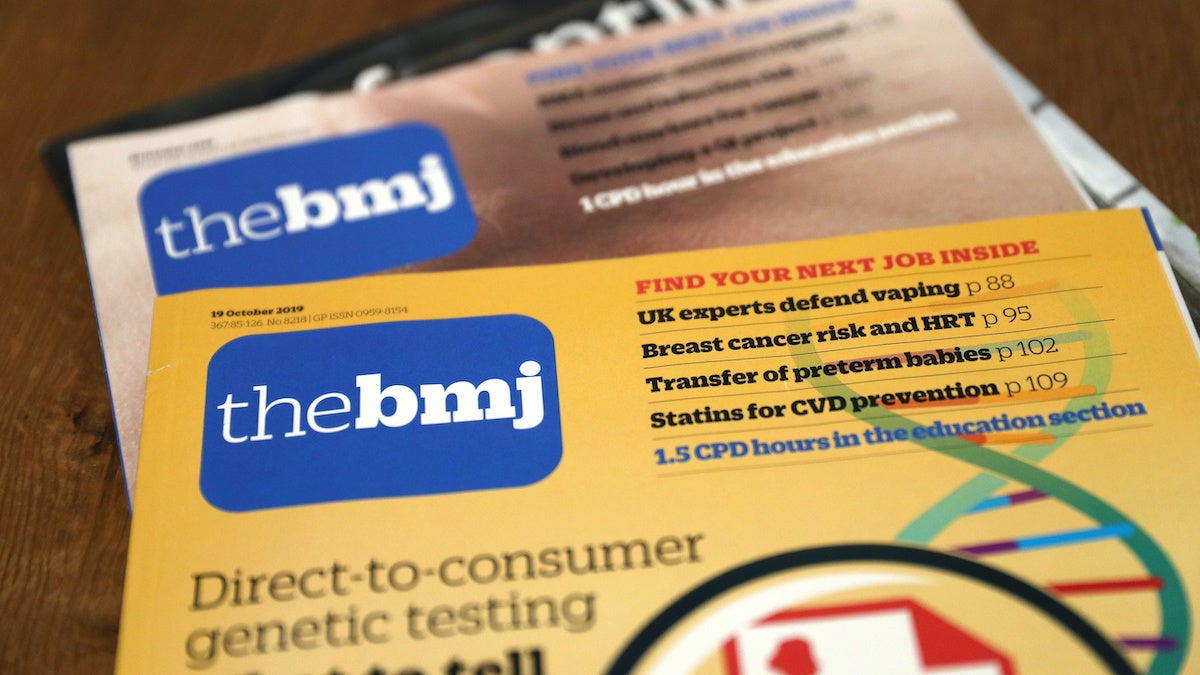 “Thank you for your leadership,” pediatrician and child psychiatrist Elizabeth Pinsky wrote Friday on Twitter.

The case for divestment from fossil fuels is clear. We call on health professionals and medical organisations to act now. Divestment is one way of exerting influence on politicians and industry on behalf of patients and the public @fgodlee @KamranAbbasi https://t.co/qjuHV2mgRX

In an editorial published Jan. 23 titled “Investing in Humanity: The BMJ’s divestment campaign,” the journal’s executive editor Kamran Abbasi and editor in chief Fiona Godlee explained how fossil fuel divestment can restore hope that’s “not yet abandoned in our world today” but “merely besieged” and exert pressure on politicians and the industry putting the planet’s — and therefore humanity’s — health in peril.

The publication will not accept funding or advertising from the industry, Abbasi and Godlee wrote. “We will also explore how else our business might be dependent on fossil fuel companies and take steps to end any such reliance. The BMA [the journal’s owner] has no direct holdings in tobacco or fossil fuel companies.”

“We are clear that income from companies that produce fossil fuels is revenue that The BMJ does not want now or in the future,” they added.

The editorial praised other medical organizations like the AMA who have already pledged to divest from fossil fuels. “Health professionals and medical organizations should not accept the world as it is,” wrote Abbasi and Godlee. “Taking action is a duty to the people we serve and to future generations.”

The piece was also a call to action.

Abbasi and Godlee encouraged other medical professionals and health organizations to sign an online declaration of intent to divest from fossil fuels and to back that action up with divestment in personal finances.

“Divestment offers us an opportunity to end despair and disempowerment, to begin to reclaim our world from misguided political and commercial agendas,” the editorial said. “By divesting now we wish to restore hope for the future wellbeing of our planet and for human health.”

“The footnotes alone are devastating to the climate delayers’ case,” he added.

Others welcomed the new campaign as well:

Son of a gun, the British Medical Journal launches a campaign for fossil fuel divestment, also announces will no longer accept ads from fossil fuel companies or publish research they fund!!! https://t.co/yF5lpaVQ2Y

The BMJ launches a fossil fuel divestment campaign!
A stellar set of ambitions:
– encourage medical organisations to divest
– refuse advertising and research funded by fossil fuels
– eliminate any dependency the BMJ has on fossil fuel companieshttps://t.co/ubYOfqWy9k