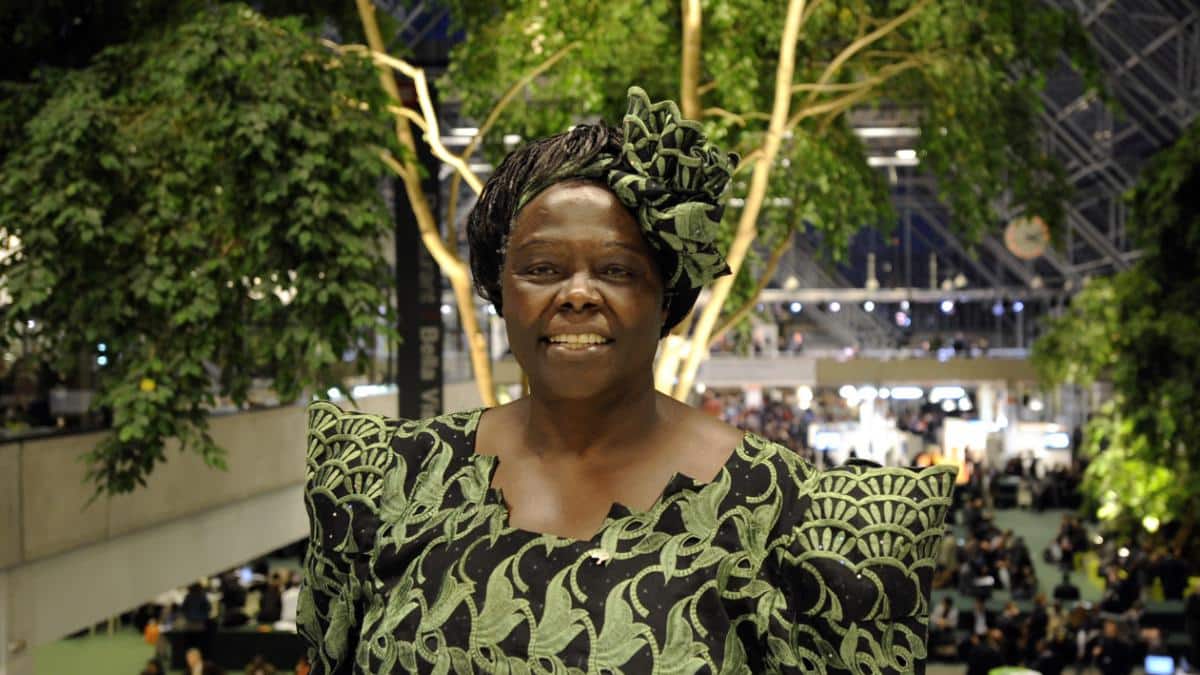 Environmental issues are deeply interconnected with racial justice as Black people have historically been disproportionately impacted by pollution, climate change and lack of access to green space.

In June 2020, 25 Black environmental leaders published an open letter calling for an end to the ‘systemic and pervasive racism within the environmental field.’ They called for an end to negative narratives around Black people and their relationship with nature in the U.S., Europe and Africa and listed solutions to eradicate racism, from education to ensuring access to wildlife.

From environmental justice advocates to scientists and social entrepreneurs, here are just a handful of the many Black environmentalists who have contributed to our global understanding of the need to look after our planet.

In 2004, Professor Maathai made history as the first African woman to be awarded the Nobel Peace Prize for her dedication to sustainable development, democracy and peace. She started the Green Belt Movement, a community-based tree planting initiative that aims to reduce poverty and encourage conservation, in 1977. More than 51 million trees have been planted helping build climate resilience and empower communities, especially women and girls. Her environmental work is celebrated every year on Wangari Maathai Day on 3 March.

Known as the ‘father of environmental justice,’ Dr Bullard has campaigned against harmful waste being dumped in predominantly Black neighborhoods in the southern states of the U.S. since the 1970s. His first book, Dumping in Dixie, highlighted the link between systemic racism and environmental oppression, showing how the descendants of slaves were exposed to higher-than-average levels of pollutants. In 1994, his work led to the signing of the Executive Order on Environmental Justice, which the Biden administration is building on.

Pollution has a race problem. Elizabethwarren.com

Helping the clean-up operation after an oil spill in San Francisco Bay in January 1971 inspired Francis to stop taking motorized transport. Instead, for 22 years, he walked everywhere. He also took a vow of silence that lasted 17 years, so he could listen to others. He has walked the width of the U.S. and sailed and walked through South America, earning the nickname “Planetwalker,” and raising awareness of how interconnected people are with the environment.

A meteorology and climate pioneer, Dr. Washington was one of the first people to develop atmospheric computer models in the 1960s, which have helped scientists understand climate change. These models now also incorporate the oceans and sea ice, surface water and vegetation. In 2007, the Parallel Climate Model (PCM) and Community Earth System Model (CESM), earned Dr. Washington and his colleagues the Nobel Peace Prize, as part of the Intergovernmental Panel on Climate Change.

Huge trees and hikes to pick berries during her childhood in upstate New York inspired Ezeilo to become an environmentalist and set up the Greening Youth Foundation, to educate future generations about the importance of preservation. Through its schools program and Youth Conservation Corps, the social enterprise provides access to nature to disadvantaged children and young people in the U.S. and West Africa. In 2019, Ezeilo published her book Engage, Connect, Protect: Empowering Diverse Youth as Environmental Leaders, co-written by her Pulitzer Prize-winning brother Nick Chiles.