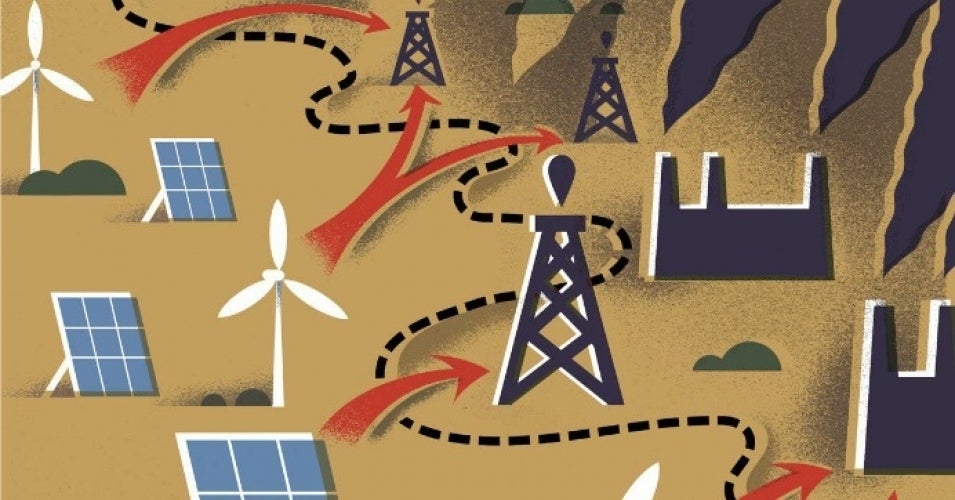 We’re under attack, said author and climate campaigner Bill McKibben, and the only way to defeat the enemy is to declare a global war against the destructive practices that threaten the world’s imperiled ecosystems and human civilization as we know it. 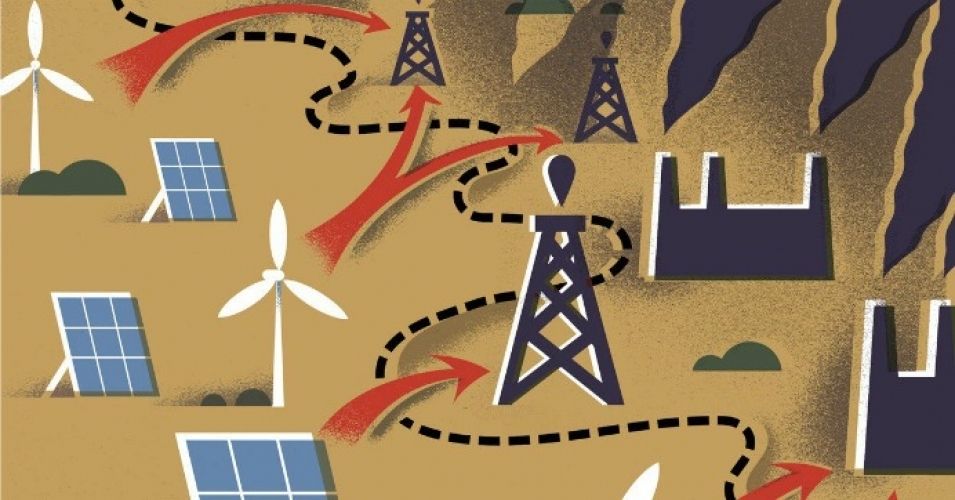 In a new piece published Monday in The New Republic, the co-founder of the global climate action group 350.org said there is simply no more time to waste and that a full-scale mobilization, like the one orchestrated by the U.S. government during World War II, is now necessary if the adversary—human-caused global warming and the climate change that results—is to be vanquished.

“World War III is well and truly underway,” McKibben wrote. “And we are losing.”

With the introductory paragraphs reading like a battlefield assessment in which melting ice sheets, firestorms and historic floods represent the movements of enemy forces, McKibben offered a rebuke to the inaction of world leaders who have refused to acknowledge the scale of the attack:

For years, our leaders chose to ignore the warnings of our best scientists and top military strategists. Global warming, they told us, was beginning a stealth campaign that would lay waste to vast stretches of the planet, uprooting and killing millions of innocent civilians. But instead of paying heed and taking obvious precautions, we chose to strengthen the enemy with our endless combustion; a billion explosions of a billion pistons inside a billion cylinders have fueled a global threat as lethal as the mushroom-shaped nuclear explosions we long feared. Carbon and methane now represent the deadliest enemy of all time, the first force fully capable of harrying, scattering, and impoverishing our entire civilization.

We’re used to war as metaphor: the war on poverty, the war on drugs, the war on cancer. Usually this is just a rhetorical device, a way of saying, “We need to focus our attention and marshal our forces to fix something we don’t like.” But this is no metaphor. By most of the ways we measure wars, climate change is the real deal: Carbon and methane are seizing physical territory, sowing havoc and panic, racking up casualties, and even destabilizing governments. (Over the past few years, record-setting droughts have helped undermine the brutal strongman of Syria and fuel the rise of Boko Haram in Nigeria.) It’s not that global warming is like a world war. It is a world war. Its first victims, ironically, are those who have done the least to cause the crisis. But it’s a world war aimed at us all. And if we lose, we will be as decimated and helpless as the losers in every conflict–except that this time, there will be no winners, and no end to the planetwide occupation that follows.

Though McKibben has become known for marshaling his research and literary skills to inform and inspire the climate movement, he is not alone in pushing the theme of wartime mobilization.

In 2013, environmental journalist David Roberts, then writing for Grist, wrote how the metaphor of wartime mobilization “gets used a lot” but recognized it as an apt way to describe what will ultimately be necessary. More than three years later, following the Paris climate deal signed earlier this year and amid a torrent of increasingly ominous climate studies, the stakes are only that much higher.

“Language appears to be failing us,” said Russell Greene, a DNC platform committee member and leading climate activist for the Progressive Democrats of America and People Demanding Action, last month. “What is urgent? When is immediately? We have lost touch. We are living in the age of consequences. We can no longer pretend otherwise. With our every action and non-action we leave our imprint on generations. There is no time left for gradualism. That window has passed. This is a climate emergency—the moment to make a stand for the future. For each other. For our children.”

McKibben argued—despite the fossil fuel industry’s orchestrated effort to suppress or dismiss the scientific consensus—that there is no longer room for denial or delay.

With an eye toward the U.S. presidential outcome this fall and an unknown congressional makeup for the next administration, McKibben laments the loss of Bernie Sanders in the primary, bemoans the prospect of President Donald Trump, and indicates how Hillary Clinton—though the likely winner—may not willingly embrace the profound counter-assault needed to fight the unrelenting physics of carbon, methane and other greenhouse gases. He wrote:

The next president doesn’t have to wait for a climate equivalent of Pearl Harbor to galvanize Congress. Much of what we need to do can—and must—be accomplished immediately, through the same use of executive action that FDR relied on to lay the groundwork for a wider mobilization. The president could immediately put a halt to drilling and mining on public lands and waters, which contain at least half of all the untapped carbon left in America. She could slow the build-out of the natural gas system simply by correcting the outmoded way the EPA calculates the warming effect of methane, just as Obama reined in coal-fired power plants. She could tell her various commissioners to put a stop to the federal practice of rubber-stamping new fossil fuel projects, rejecting those that would “significantly exacerbate” global warming. She could instruct every federal agency to buy all their power from green sources and rely exclusively on plug-in cars, creating new markets overnight. She could set a price on carbon for her agencies to follow internally, even without the congressional action that probably won’t be forthcoming. And just as FDR brought in experts from the private sector to plan for the defense build-out, she could get the blueprints for a full-scale climate mobilization in place even as she rallies the political will to make them plausible. Without the same urgency and foresight displayed by FDR—without immediate executive action—we will lose this war.

As with every war, notes McKibben, victory is not assured. “We’ve waited so long to fight back in this war that total victory is impossible, and total defeat can’t be ruled out,” he said.

But despite the enormous stakes and troubling odds, he continues, it is no longer an option to choose half measures against the enemy humanity now faces: “The question is not, are we in a world war? The question is, will we fight back? And if we do, can we actually defeat an enemy as powerful and inexorable as the laws of physics?”