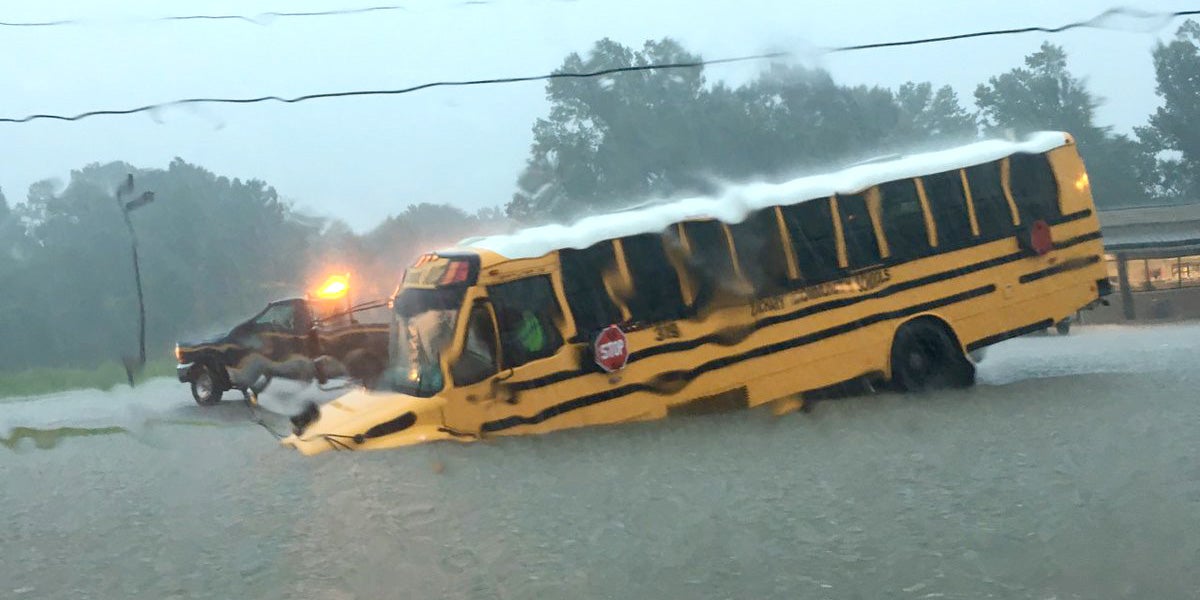 An unusually wet tropical storm, fed by above average sea surface temperatures in the Gulf of Mexico, has dumped record amounts of rain in Louisiana since Friday, flooding homes, killing at least six and forcing 20,000 people to flee the rapidly rising waters.

The torrential rainfall, which has moved on to Texas, fits with the observed increase in extreme rainfall events linked to climate change. As the world warms, storms are able to feed on warmer ocean water and the air is able to hold and dump more water.

GOES-14 rapid-scan imagery showing the storms over the Gulf Coast on 8/12. See more at https://t.co/9jpr1J4Ids pic.twitter.com/P50kypdBev