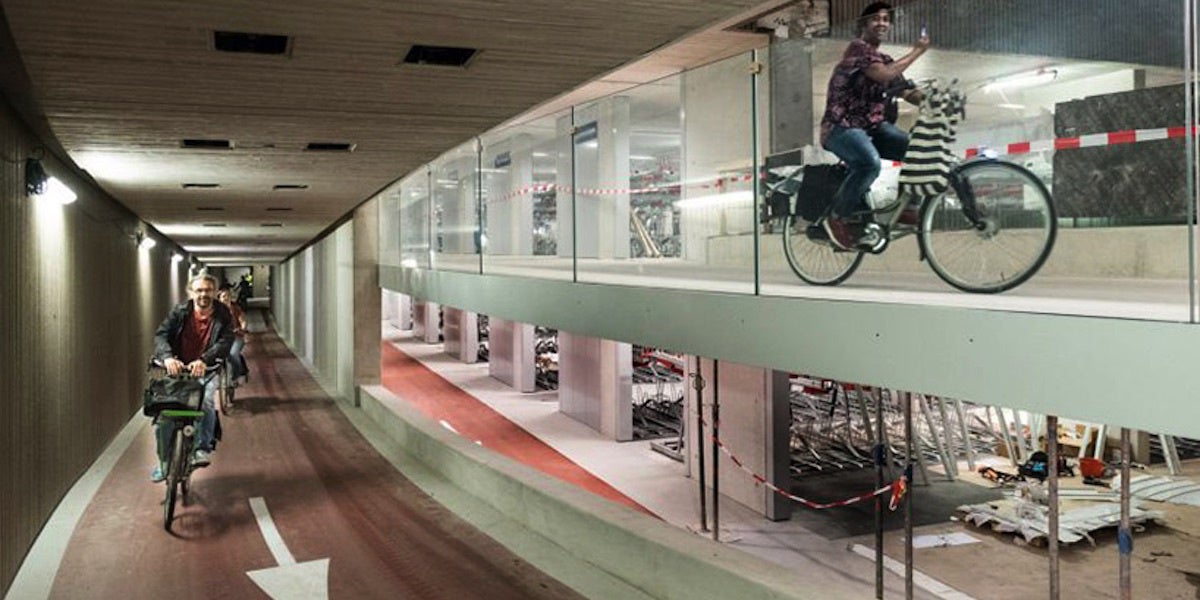 In the Netherlands, where there are 1.3 bikes per person, finding a parking space for a two-wheeler can be daunting.

To amend the situation, the country is building a massive, three-story bike parking garage beneath Utrecht’s central train station. The first phase of the project will be able to hold 6,000 bikes, then another 6,500 spots will be added by the end of 2018.

Once construction of the 184,000-square-foot space is complete, the bike parking garage be the world’s largest, taking the title from the 9,400-spot Kasai underground station in Tokyo.

But as the Guardian reports, leave it up to the bike-loving Dutch to comment that 12,500 parking spots aren’t enough.

“They have been talking about updating the city since 1989,” said Martijn van Es, spokesman for the Dutch cycling organization Fietsersbond. “The infrastructure hasn’t changed enough. And there are a lot more cyclists today than there were, [and much of the infrastructure] was built in the 1980s.”

Bicycling has sharply risen in Dutch cities in recent years, with 40 percent of those arriving to Utrech station coming by bike.

Tatjana Stenfert, project manager at Utrecht station’s square, told the Guardian that planners are trying to add even more stalls.

“We will have 12,500 places by the end of 2018. But then we will have to do some research and find more places for the bikes,” Stenfert said. “It never stops. I look around and everyone is trying hard to find spaces—trying hard and fast.”