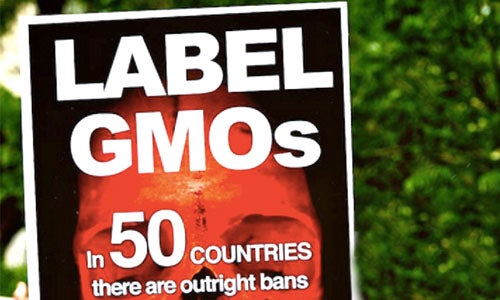 The Grocery Manufacturers Association (GMA)—the world’s largest trade association for food, beverages and consumer products—violated “the spirit and letter” of Washington’s campaign-finance disclosure laws by trying to hide the identities of corporations that poured millions into a campaign to defeat a 2013 food-labeling initiative, a Washington Superior Court judge ruled Friday. 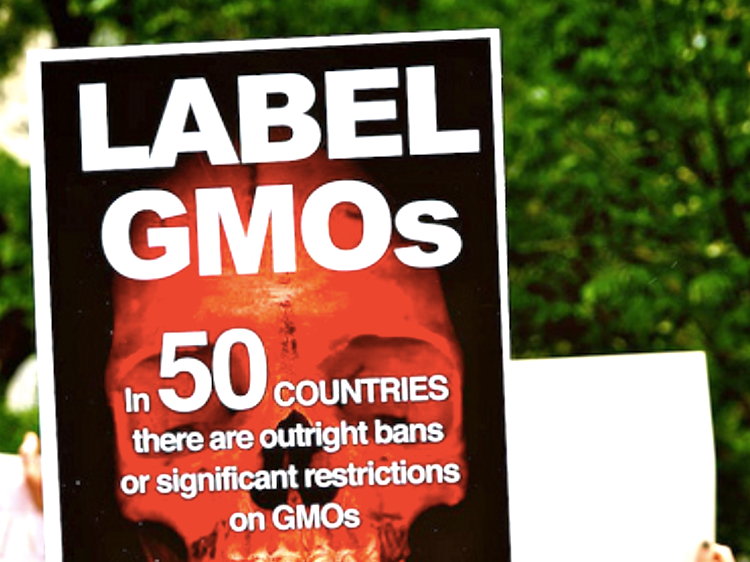 Big Food has spent millions in lobbying and litigation to fight GMO labeling initiatives despite an overwhelming majority of Americans—more than 90 percent in many polls—in support of GMO labeling. Photo credit: Flickr

Initiative 522 would have required the labeling of genetically modified (GMOs) foods, seeds and seed products in Washington state and was narrowly defeated. As it happens, the GMA was the largest single donor to the “No on 522” campaign, spending a record $22 million to stop the measure, according to The Seattle Times.

“There is one, and only one, reasonable inference that can be drawn from the facts before this court: that the GMA intentionally took steps to create and then hide the true source of the funds … from the voting public of Washington state,” Thurston County Superior Court Judge Anne Hirsch wrote in a pretrial ruling.

The case, State v. Grocery Manufacturers Association, was filed in October 2013 by Washington Attorney General Bob Ferguson against the powerful food industry group. According to a news release from Ferguson’s office, the GMA raised $14 million from its members in solicitations for a special “Defense of Brands” fund, above and beyond regular member dues.

The GMA then donated $11 million of the $14 million from corporations to “No on 522,” the release noted. In an effort to shield individual companies from required disclosure, the money was listed as coming from GMA, not the actual donors.

Fortune reported that meeting notes, memos and other internal documents from the GMA clearly show that one of the primary purposes of the “Defense of Brands” fund was to conceal member identities. For instance, one meeting note said: “State GMO related spending will be identified as having come from the GMA, which will provide anonymity and eliminate state filing requirements for contributing members.”

The court also determined that there remains a factual dispute whether GMA’s violation of the law was intentional and therefore, did not determine what penalty would be imposed at this point in the proceedings, and the case will continue to trial on the disputed facts.

“This landmark case has been a long fight for accountability,” Ferguson said in a statement. “This ruling sends an unequivocal message: Big money donors cannot evade Washington law and hide from public scrutiny. My office will hold you accountable.”

In response to the ruling, the GMA issued the following statement:

We believe the ruling today to dismiss GMA’s First Amendment claim will hurt the constitutionally protected right of trade associations to engage in political debate in the state. The ruling today noted that there is evidence that GMA believed its conduct was appropriate under state law, which is an important point in determining any penalty. In the upcoming trial, we believe the facts will show that GMA always intended to comply with the law.

Under the law, sanctions for campaign finance disclosure violations can include a penalty equal to the amount not reported as required. If the court finds that the violation was intentional, that penalty amount can be tripled. Ferguson is seeking a penalty of at least $14 million, the Times noted.

As EcoWatch reported in October, despite an overwhelming majority of Americans—more than 90 percent in many polls—support GMO labeling, the GMA has spent millions in lobbying against mandatory labels at the state and federal level ever since Vermont passed its groundbreaking law in May 2014 that requires the labeling of GMO food products in the state.

The future of food transparency in the country is now at the hands of the Senate with Sen. Pat Roberts’ (R-Kan.) Safe and Accurate Food Labeling Act (SAFE) expected to hit the Senate floor any day now.

Dubbed by opponents as the Denying Americans the Right to Know (DARK) Act, if voted into law, the bill would block states from requiring labeling on GMOs and pre-empt state laws that require labeling from going into effect.

“Industry’s attempt to block GMO labeling laws is yet another symptom of a democracy hijacked by corporate interests,” Wenonah Hauter, the executive director of Food & Water Watch, wrote. “We the people have elected our leaders to Congress to represent our interests, because we live in a democracy—not a nation controlled by a corporate oligarchy. At least, that’s the way it should be. That’s why we’re urging the Senate to reject the DARK Act and any compromise that results in anything less than on-package labeling that tells consumers if a product contains GMO ingredients.”