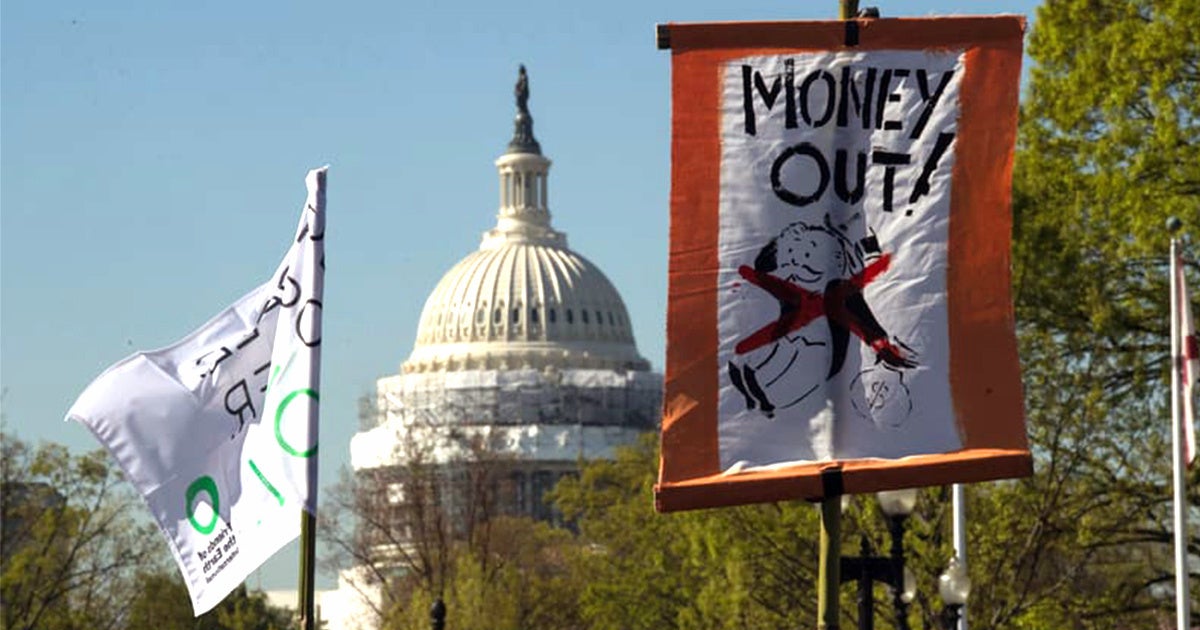 Time is running out for the oil and gas industry, and they know it. But delaying the transition to a clean energy economy even for a few more years means billions of dollars in profits for their investors. The 2018 elections show that even in their twilight years, oil cash can corrupt our democracy and block necessary progress on climate. The industry spent millions to kill off a Green New Deal-style initiative in Washington state and a Colorado initiative that would have increased the buffer between homes and schools and drilling areas.

When popular democracy threatened their profits, the oil industry opened up their checkbooks. And they’ll run the same playbook on the fledgling Green New Deal too — unless we stop them.

This is why phasing out fossil fuels and getting dirty energy money out of our elections are key ingredients in any federal action on climate change. Real climate leaders need to counteract the political, financial and social power of the fossil fuel industry, or risk seeing a tide of oil money wash away progress.

But we also need a just transition that lifts up workers and communities. Here’s why. 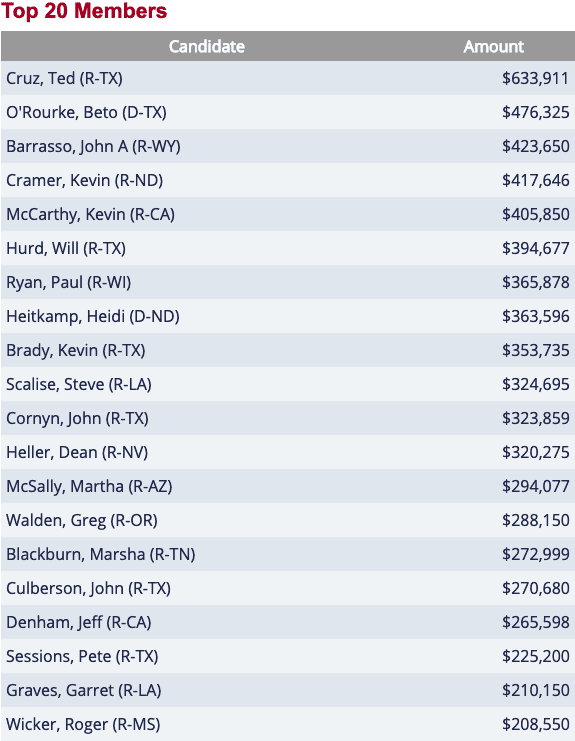 While O’Rourke actually didn’t take PAC money, he did raise a ton of money in individual donations from people who work in the oil and gas industry. Center for Responsive Politics

Recently, a mini-controversy erupted across Twitter when people realized that the number two recipient of oil and gas campaign contributions in 2018 was actually … Democratic rising star Beto O’Rourke, who nearly unseated Texas Senator Ted Cruz in a close race. In fact, only Cruz himself raised more money from the oil and gas industry.

The revelation was immediately sucked into the insatiable vortex of speculation about the 2020 presidential primaries, contrasting O’Rourke’s record with that of other presidential hopefuls. It was especially confusing since O’Rourke had publicly pledged not to take any money from political action committees (PACs, which are often used by corporations and industries to influence elections) and was even at one point listed on the No Fossil Fuel Money pledge website before being removed. What gives?

While O’Rourke actually didn’t take PAC money, he did raise a ton of money in individual donations from people who work in the oil and gas industry. When you donate money to a political campaign you have to disclose your employer — meaning that everyone from drilling crews all the way up to the CEO count in the industry contribution totals. And it turns out oil is still an enormous part of the Texas economy.

The following map from the U.S. Bureau of Labor Statistics shows the counties with the highest concentrations of oil and gas employment. The counties in green show communities where the local economy is most dependent on oil and gas, and where a just and equitable energy transition is most crucial. Naturally many of those counties are located in Texas, and in fact O’Rourke made it a campaign talking point that he had visited each one of Texas’s 254 counties. 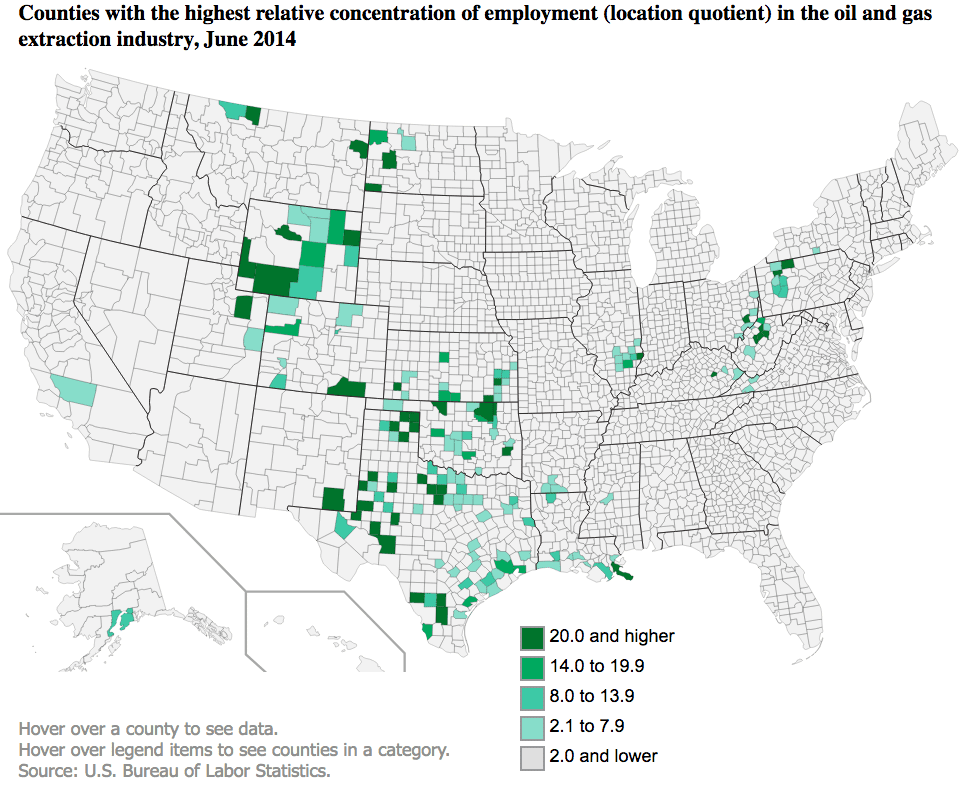 A just transition away from fossil fuel reliance envisions an inclusive, participatory process that leaves these workers and communities better off than before. Policies to bring about this transition could include local and state planning bodies, protections for workers such as guaranteed pensions and wage replacement, job retraining and placement in growing renewable industries, and investment targeted at specific communities. As climate justice activists have stated, “Transition is inevitable. Justice is not.” Without the voices of these workers and communities, any plan to build a more sustainable economy will inevitably fail.

A lot of O’Rourke’s oil and gas donations were indeed from ordinary Texans excited by his candidacy, but at least some came from oil and gas executives and other wealthy donors giving the maximum $2,700 contribution, which is also a serious problem. The No Fossil Fuel Money pledge applies not just to PAC money, but also donations of $200 or more from fossil fuel executives. O’Rourke was on the right track in calling out the pernicious influence of PAC money on our elections, but we still need to demand more of our politicians. Hopefully going forward, he (and many other candidates) will be able to fully comply with the pledge.

In comparison, his opponent Ted Cruz took over $100,000 directly from the oil and gas industry PACs — including a $40,000 check from Valero’s PAC, and $5,000 donations from PACs representing Phillips 66, Devon Energy, ExxonMobil, and others.

But a question remains: are small donations from ordinary folks in the oil industry the same as a $2,700 check from a CEO — or a mega-donation from a PAC? Clearly PAC and executive money are donated with the goal of obtaining access to politicians and ultimately influencing policy to benefit companies who are wrecking the climate, and overall small donations only make up a small fraction of campaign funds. But in many places where the oil and gas industry is strong, there are inevitably a large number of non-millionaire workers who depend on the industry for their livelihood.

Corporate money in politics is absolutely corrupting our democracy, yet O’Rourke’s small donors should remind us that many parts of the U.S. are economically dependent on oil and gas extraction, and that those workers need to be at the center of any transition away from fossil fuels. The good news is that we know that building out a clean energy economy will require putting a lot of people to work, and dollar for dollar, renewable energy creates more jobs than fossil fuels.

It will take strong climate leadership in D.C. and a committed movement of people to defeat these entrenched 19th-century industrialists. In order to get us to the green future we want, federal legislation MUST halt any major oil, gas, and coal expansion projects.

Tim Donaghy is a senior research specialist with Greenpeace USA.