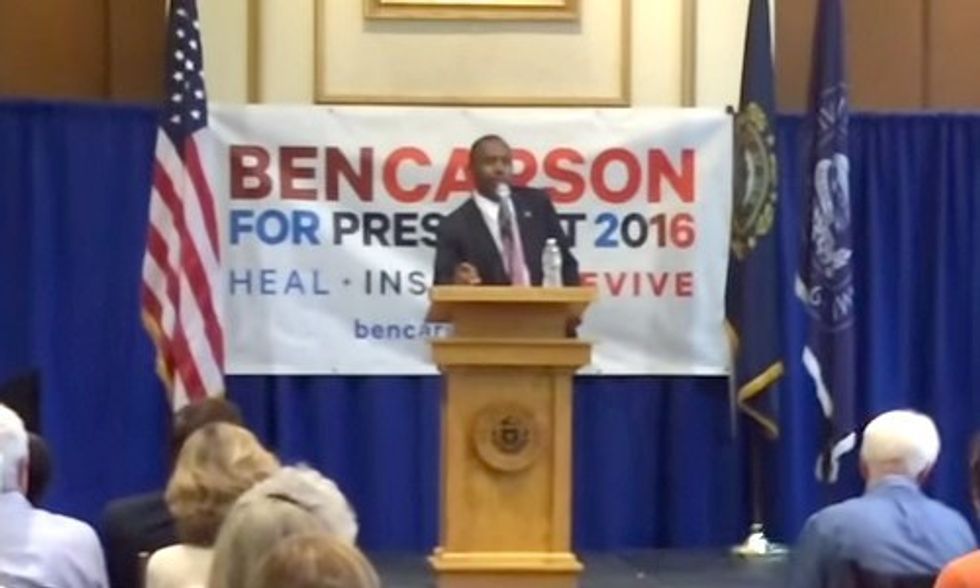 If it weren't such an incredibly pressing issue, it would be comical how Republican presidential candidates have responded to the simple question "Do you believe in climate change?"

At a campaign event on Wednesday at the University of New Hampshire, Ben Carson was asked: "You don't believe in evolution or climate change, I believe. And I was just wondering, do you seriously not believe that climate change is happening?"

In responding to the question, Carson gives the tired conservative trope "the climate is always changing" before digressing into how he doesn't have "enough faith" to believe in the Big Bang Theory and eventually musing "gravity, where did it come from?"

Rebecca Leber at New Republic sums it up well:

According to a USA TODAY/Suffolk University Poll from Sept. 30, Carson is tied for second place with Carly Fiorina, who are both trailing behind Donald Trump. All three of the top GOP presidential candidates have no political experience and all three reject climate science.