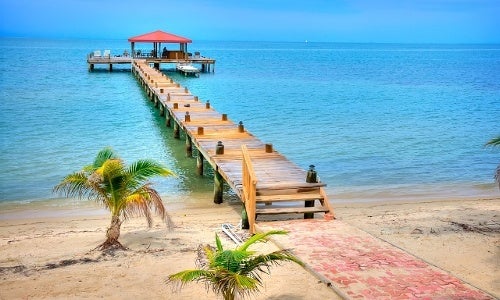 The islands of the Caribbean are some of the most beautiful places on Earth, which is why they are among the most popular tourist destinations.

But those same island nations also suffer from some of the highest electricity prices in the world, a factor that fuels poverty, helps grow their national debts and blocks their ability to plan for sustainable development. Because relatively little of that electricity comes from renewable sources, these countries spend large portion of their GDP importing fossil fuels, money that could otherwise be spent growing their economies. 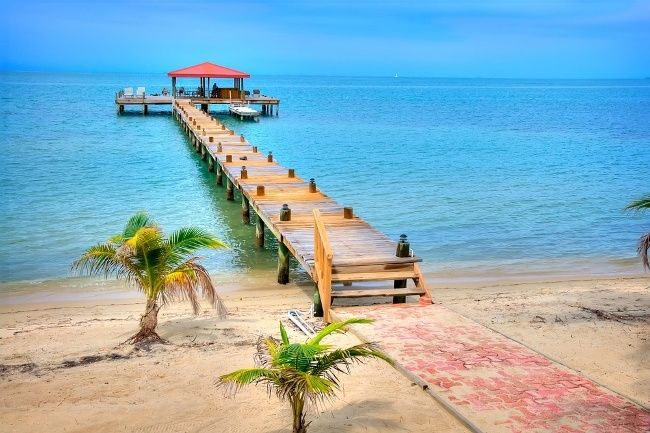 Belize has an abundant supply of wind and sun, which can help transition the country to a fossil fuel-free economy.

And while these islands don’t contribute significantly to global greenhouse gas emissions, they suffer an outsized impact from climate change, with rising sea levels, hotter temperatures and extreme weather events such as hurricanes.

That’s why Virgin founder Sir Richard Branson’s climate group the Carbon War Room (CWR), now partnered with Amory Lovins’ think tank the Rocky Mountain Institute (RMI), created the Ten Island Challenge to encourage these nations to tap into their abundant supply of sun and wind. The challenge was kicked off last year at the Creating Climate Wealth Islands Summit to start collecting commitments from the islands, with CWR and RMI working with them to set ambitious renewable energy goals, develop plans to do so and build the infrastructure and resource capacity to execute those plans.

Aruba was the first nation to join the challenge. Its government worked with the two organizations to create the Smart Growth Pathways, and it has committed to transitioning from fossil fuels by 2020. St. Lucia, Grenada, the British Virgin Islands, the Bahamas, Turks and Caicos, and San Andres and Providencia have already joined the challenge and are working to transition their economies away from fossil fuels. 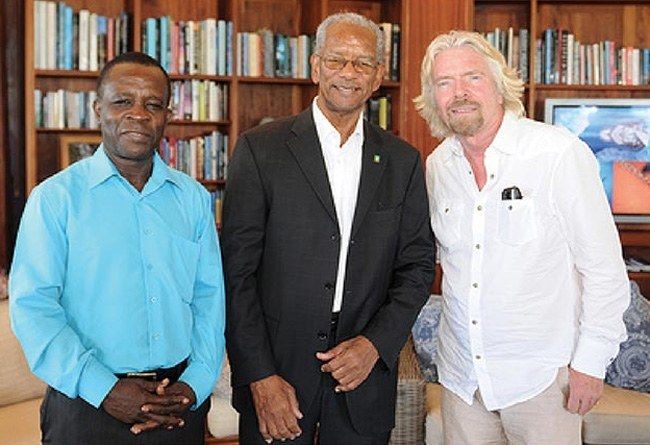 Now Belize, a country of about 340,000 off the east coast of Central America whose diverse natural ecosystem, extensive coastline, beautiful weather and Mayan ruins have made it a popular tourist destination, has signed on. Its government signed a Memorandum of Understanding to transition off fossil fuels, aiming for an eventual 100 percent renewables goal, while committing to be almost 90 percent renewable by 2033.

Belize is already more than halfway down the path to achieving that. Currently, about 60 percent of the country’s electricity is generated through hydro or biomass, with the rest provided by fossil fuel-fired power plants. And that’s down from the 66 percent provided by imported fossil fuel in 2009.

“We are thrilled to have Belize join the challenge,” said José María Figueres, chairman of the board of the Carbon War Room, and the Rocky Mountain Institute. “Belize is a real leader in the region, producing 60 percent of its electricity from local and renewable hydro and biomass resources.”

Belize’s initiative will include such projects as developing its wind energy potential, expanding the use of electric vehicles and improving energy efficiency in its hospitals.

“Belize is extremely pleased to join the Ten Island Challenge,” said Sen. Joy Grant, Belize Ministry of Energy, Science & Technology and Public Utilities. “As a regional leader in the use of renewable energy, this partnership with the Carbon War Room and Rocky Mountain Institute will allow Belize to make significant strides in realizing its renewable energy production target of 89 percent in the electricity sector by 2033. Achieving this milestone will also allow Belize to enhance its energy security and build its energy resiliency, while ensuring that it buffers its economy from the oil-price shocks that have debilitating impacts on small, open economies like Belize.”

Belize is already a popular destination for ecotourists, including some famous ones. Actor Leonardo DiCaprio, a longtime environmental activist, is part of a group of investors developing an eco-resort on one of Belize’s hundreds of outlying cayes. Its goal is to restore and protect the natural environment of the caye. It’s set to open in 2018.

“Belize is truly unique,” DiCaprio told the New York Times. “It has the second largest coral reef system in the world, and it has some of the most biodiverse marine life, like the manatee population and almost every species of fish you can imagine. With the onset of climate change, there are huge challenges, so we want the structure to not only enhance and improve the environment, but to be a model for the future.”