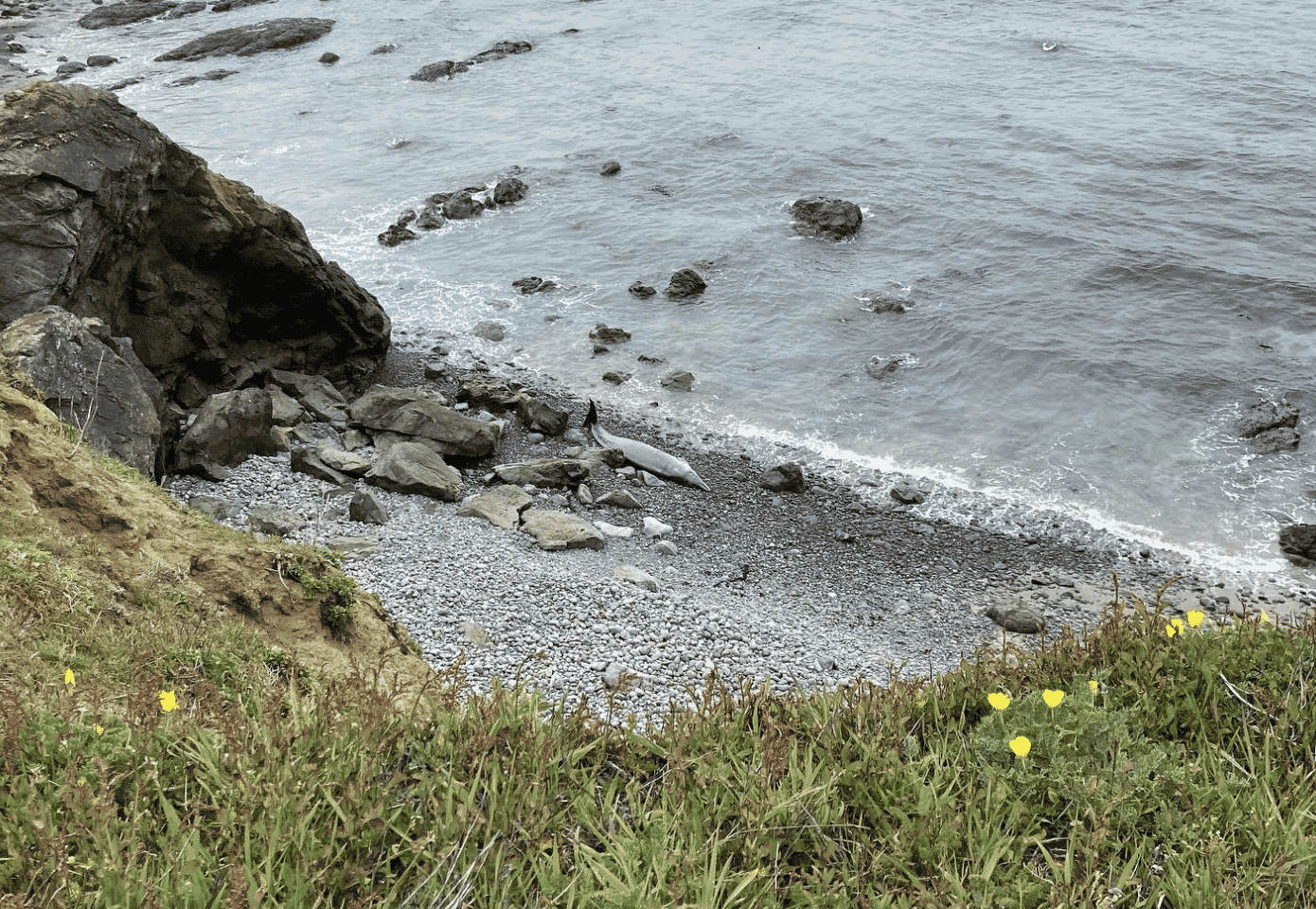 A mysterious deep-sea whale washed up on a California beach on Sunday.

The 16-foot beaked whale was discovered by a passerby at Mendocino County’s Jug Handle State Natural Reserve near Fort Bragg, which is 3.5 hours north of San Francisco, SFGate reported. Because beaked whales live deep beneath the waves and can dive down as far as 10,000 feet, scientists seldom get a chance to observe them.

“It’s so rare for people to see them that it’s a really important stranding,” Moe Flannery, senior collections manager of ornithology and mammalogy at the Cal Academy of Sciences, told SFGate. “They’re not seen very often — alive or dead.”

Beaked whales have an unusual appearance with tiny flippers and long rows of teeth, Newsweek reported. They look somewhat like dolphins and are sometimes called giant bottlenose whales. Scientists still don’t know very much about them because they live at depths of around 3,300 feet below sea level. They can also dive deeper than any other marine mammal, the Noyo Center for Marine Science said on Facebook.

Scientists still don’t know why the whale ended up on the beach or even which of the 22 species of beaked whale it is, according to Newsweek. However, Flannery told SFGate it was probably a Hubbs’ or a Stejneger’s beaked whale. The Noyo Center for Marine Science worked with the Cal Academy of Sciences in San Francisco and the Marine Mammal Center in Sausalito to conduct a necroscopy to learn more.

“I think it’s sometimes very humbling to see these animals washed ashore and to get a really good look at them so close, versus being in the water or seeing it on video,” Trey Petrey, the Noyo Center’s interpretive facilities manager, told SFGate. “It’s kind of heart-breaking to see them dead, but it’s a good experience in terms of anyone interested in marine science to have the opportunity to see a specimen like that.”

Petrey said the whale appeared to have trauma near its jaw, but the scientists need to examine the body more closely to determine its cause.

Generally, marine mammals end up stranded because they fall ill and become too weak to swim, because they get caught in fishing gear or because they get rammed by ships, according to Newsweek. However, strandings can also be an opportunity for scientists.