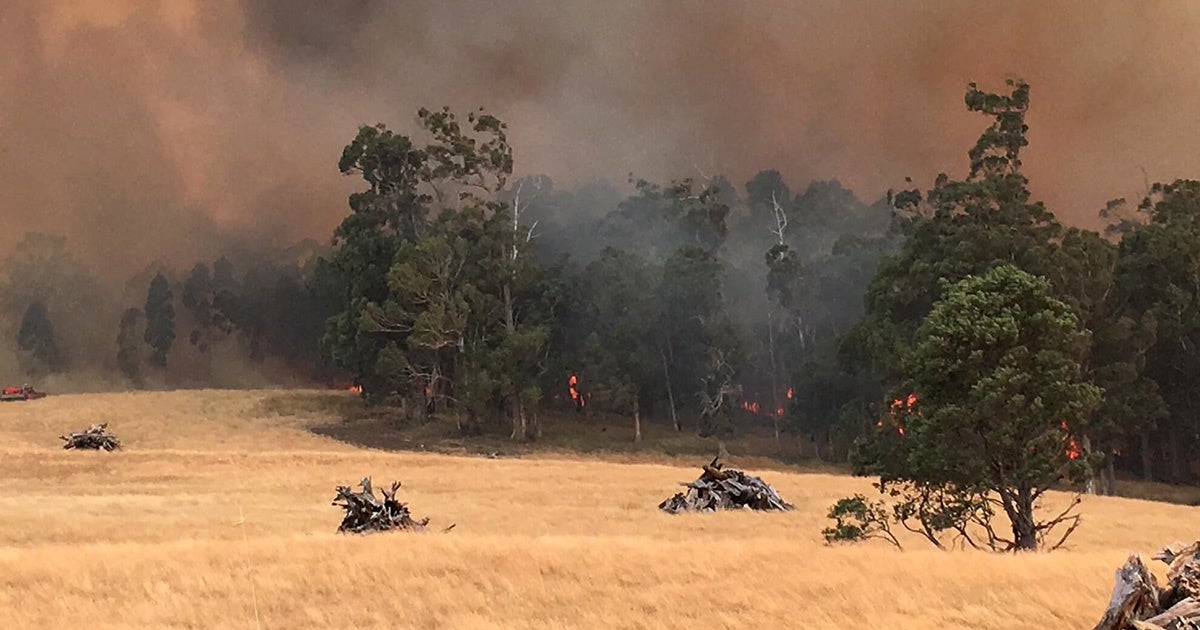 Australia has been going through one of its hottest and stormiest summers on record and usually temperate Tasmania, its island state, has taken a battering.

Climate change-related weather events have brought cyclones and raging floods to the northeast of the country, while drought and temperatures exceeding 40°C (104°F) have resulted in parched lands and rivers drying up in areas of New South Wales.

Summer on the island of Tasmania, Australia’s most southerly state, with a generally temperate climate, is usually a time for BBQs and beach swimming. This summer has been very different.

A prolonged drought and record high temperatures have caused a series of devastating fires, destroying unique forests and vegetation and forcing people to leave their homes.

Critics of the Australian government say it’s clear climate change is wreaking havoc; meanwhile politicians continue to pander to the interests of the country’s powerful mining and fossil fuel industries.

Mike Willson is a Tasmania resident, a fire equipment specialist and a volunteer with the Tasmania Fire Service. Here he tells Climate News Network what life has been like on the island over recent weeks:

“There is menace in the air. Days full of thick brown smoke. The clouds of smoke have even been swept across 2,500 kilometres of ocean to as far away as New Zealand—itself trying to cope with its own forest fires.

A new phenomenon has arrived in Tasmania—lightning storms without rain. In one day in mid-January there were over 2,000 dry lightning strikes over the south-west and central highlands here, starting up to 70 bush fires.

Even with water bombing by planes and helicopters, the fires—which have already burned out 3% of the area of the island—are virtually impossible to control.

Dealing with these fires is like fighting a snarling dragon. Small flakes of grey ash fall everywhere. Embers can trigger spot fires several kilometres ahead of the main fire.

The fire can seem to disappear but still burns in logs and stumps. You have to always be on the lookout for tell-tale wisps of smoke. Walking across with a hose line to investigate, it’s a moonscape, the soil collapsing under your feet.

It’s like trudging through powder snow, sinking up to mid-calf in places, with the earth under your feet turning to hot dust. Aiming at a puff of smoke, the ground erupts and hisses like a volcano when we spray water.

It’s a giant, macabre game of cat and mouse. If conditions are right, a controlled back burn can effectively starve the fire of fuel, but then the wind might whip up and the fire can jump—even across large rivers and bays—and rampage on.

Luckily, so far there have been no casualties, and few homes have been lost. At least the drought and high temperatures have not come with very high winds—a cocktail for disaster.

Firefighter and helicopter crews are being constantly rotated—it all takes a considerable physical and mental toll.”

In recent days rainfall over much of Tasmania has eased the fire risk, though the authorities are warning people that there is still a danger of further fire outbreaks.

Among the areas threatened or partially destroyed by fire are the world’s largest remaining forest of thousand-year-old King Billy pines.