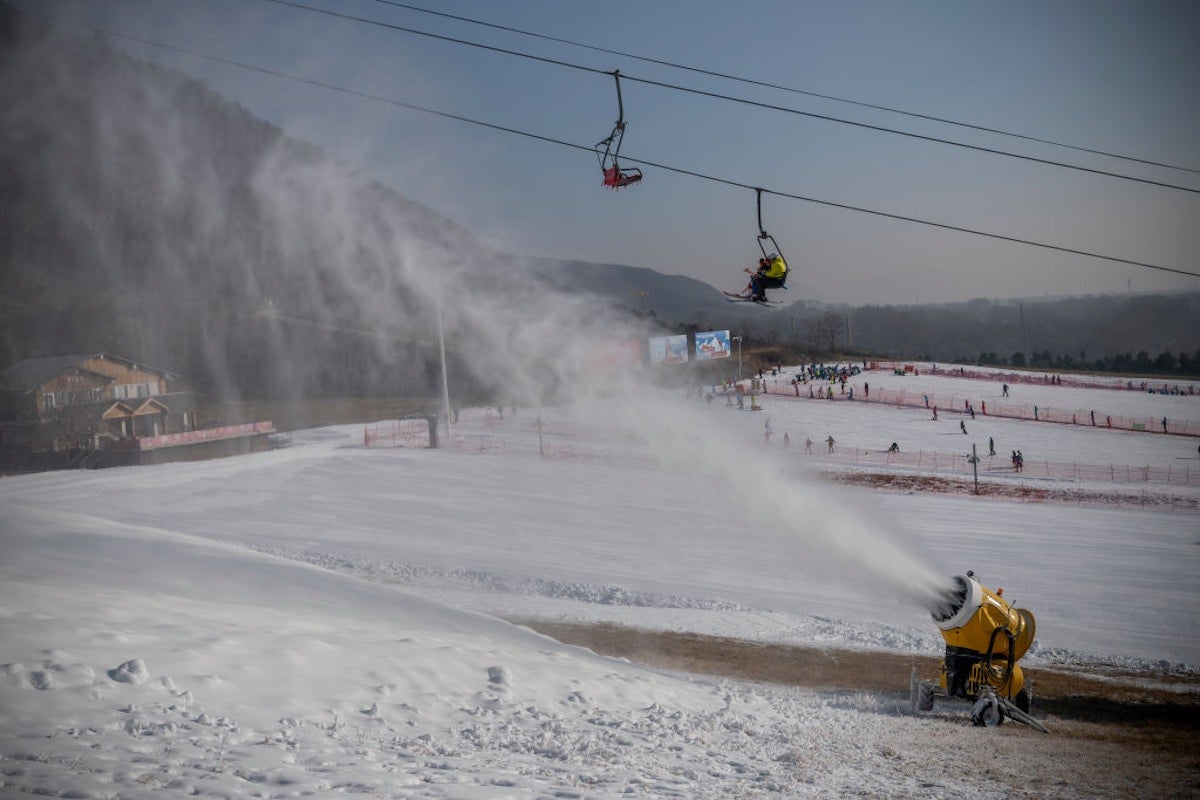 Winter sporting is in full swing as everyone from novices to Olympians head outdoors to make the most of the cold season. But with climate change, cold seasons are getting warmer, making snow less available. For sporting event organizers, ski resorts and other organizations, artificial snow is the answer to keeping hills and slopes frosty. But artificial snow, aside from its own environmental complications, is also posing more threats to athletes.

Athletes around the world are experiencing crashes, and with those crashes come broken bones and even punctured organs. The culprit? Artificial snow.

According to ski racers, artificial snow is more slick than natural snow due to a higher moisture content, as reported by Newsweek. That slick surface means someone skiing down a slope can pick up more speed, increasing the risk of losing control. It’s also common for skiers to hit an icy patch on the artificial snow and spin out of control, hitting nearby trees or fences.

“Artificial snow is icier, therefore faster and more dangerous,” Johanna Taliharm, an Estonian Olympic biathlete, told the Associated Press. “It also hurts more if you fall outside of the course when there is no fluffy snowbank, but a rocky and muddy hard ground.”

Jim Steenburgh, professor of atmospheric sciences at the University of Utah, told AP that artificial snow is actually “water that’s blown through nozzles that break up the water into extremely small and tiny droplets that then freeze. While the structure of natural snow is fundamentally different.”

Professional athletes have noted the differences between real snow and the fake stuff. Gus Schumacher, a member of the U.S. cross country team said that “that snow is super unforgiving. Like, it’s really sharp crystals that don’t bind together that well.”

This type of snow is also harder, so when an athlete falls, they aren’t crashing into fluffy, soft snow. Instead, falling on artificial snow “can feel like falling on concrete,” according to Chris Grover, head cross country coach for the U.S. Ski Team.

There are many environmental concerns about making and applying artificial snow, too. The American Chemical Society noted concerns over how widespread use of artificial snow could affect natural water cycles, as the snow is often made to include bacteria and surfactants.

This human-made snow melts slower than real snow, which could impact normal water table levels and as such could change local biodiversity. Not to mention the snow blowers and other tools used to spread the artificial snow requires energy, typically fossil fuels, releasing more emissions and contributing to the diminishing amounts of natural snow.